Clare Independent TD Michael McNamara says the concession by senior Department of Agriculture officials that the Suckler Carbon Efficiency Programme, announced by Government last week, is to be reviewed will come as a relief to many suckler farmers.

Deputy McNamara added however, that the Programme in which participants will not be able to increase suckler cow numbers is “an example of how not to develop and launch a scheme.”

“Crude stocking caps are very unfair in that they will inevitably penalise young farmers establishing a herd and those who have chosen to farm less intensively in recent years,” outlined Deputy McNamara.

He added, “Singling out suckler farmers is blatantly discriminatory and it is no accident that this type of farming is predominantly in the west and north. This is an example of the ‘To Hell or To Connaught’ approach of Departmental policy.”

Deputy McNamara also has asked for clarification from government about the metric being used to measure greenhouse gas emissions.

When taking about reducing Carbon emissions from agriculture, we need to follow the science,” he explained.  “This means understanding that despite the hyperbole about agricultural emissions in some quarters that the Irish national herd has scarcely increased since 1975, and also the specific impact of methane on global warming, as well as the risk of displacing Irish produce with South American produce with far greater emissions.”

“We don’t even yet know the metric the Govt will use to measure greenhouse gas emissions in its Carbon budget, and the metric used will have a large impact on the targets to by met by various sectors, especially agriculture,” concluded Deputy McNamara. 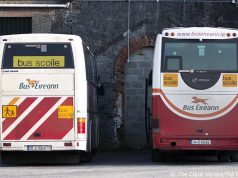