There were big wins for tourism businesses in the Burren and North Clare Region last week at national level.

Four local businesses were successful in the Georgina Campbell Irish Food Hospitality Awards, while there was also a huge win for a Doolin based hotel at the Chambers Ireland Awards.

Of the Georgina Campbell Awards, Hazelwood Lodge, Ballyvaughan scooped the B&B of the year, while Gregans Castle Hotel, Ballyvaughan won the Sustainability Award.  Best Irish Breakfast award went to The Wild Honey Inn in Lisdoonvarna, while the Seafood Chef of the Year Award was won by Denis Vaughan of Vaughan’s Anchor Inn in Liscannor.

In addition to that success Hotel Doolin, renowned for its thought leadership in sustainability won the Excellence in Environment Award from Chambers Ireland.

Jarlath O’Dwyer, CEO of the Burren Ecotourism Network said: “It is wonderful that so many local tourism operations and members of our network have received such recognition at a nationwide level, these awards are a great confidence boost to everyone involved in the sector in North Clare. In 2020 and 2021, even after the decimation of the International Visitor Market, Clare was one of the most favored destinations among Irish visitors due to the great profile that the county now has, because of individual businesses like these having become renowned for their excellence.”

“The collective exposure that all of the attractions, restaurants, accommodation providers and visitor experiences have achieved on social media and through the press in recent years has meant that the Burren and Cliffs of Moher UNESCO Global Geopark is now known as not only a place of great beauty and scenery, but as an area that can offer the very best in hospitality and service.”

Kate Sweeney and Aidan McGrath of The Wild Honey Inn in Lisdoonvarna said that “We were delighted to get this award for the ‘the most important meal of the day’ and we place the same emphasis on sourcing quality Irish produce for our breakfast menu as we do for our dinner menu.”

Simon Haden of Gregans Castle added “We are more than honored by this award. As proud members of The Burren Ecotourism Network this is very much what we are about, our philosophy and who we are. It means so much to us and encourages us to improve our sustainability even further and we have lots of plans for the future, so well done to the team here.”

Meanwhile, Victor McSweeney of Hazelwood Lodge in Ballyvaughan said “It was a great surprise getting the Georgina Campbell Irish Food & Hospitality B&B of the year Award. We certainly did not see that coming. We had been inspected by their “mystery guests/shoppers” during the summer but thought no more of it. They carried out more visits which we were unaware of, but a great result!”

On Hotel Doolin’s winning of the Chambers Ireland Award for Excellence in Environment by a large indigenous company, Aine Martin HR & Purchasing Manager at the hotel commented by saying “Since 2019 when the hotel became the first hotel in Ireland to be certified as carbon neutral, we have continuously developed our environmental initiatives placing a particular emphasis on CSR work during the pandemic and aim to spread message about carbon neutrality in hospitality and how this can be achieved. We aim to continue to be the leader in sustainable hospitality and contribute to our community.”

The awards come at a great time, given the fact that North Clare was featured recently on RTE’s No Place like Home with Kathryn Thomas and that Burren – Heart of Stone narrated by Brendan Gleeson was re-run on Sunday nights in September.  “Exposure like this reinforces interest in County Clare nationwide, as can be seen by the increased traffic to our website and Social Media Channels over recent weeks,” Concluded Jarlath O’Dwyer. 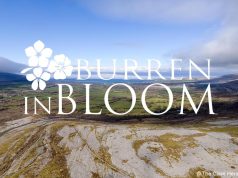 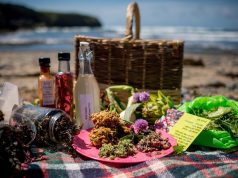 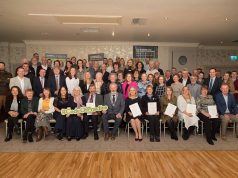 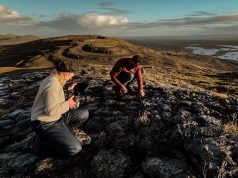 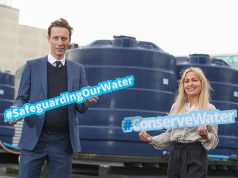 Training on how to reduce water consumption