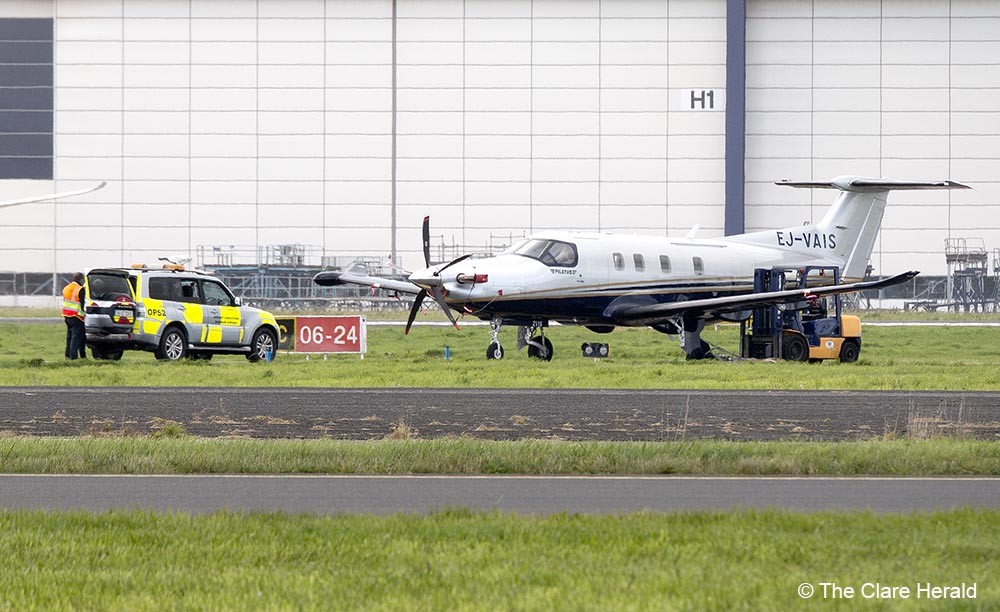 The runway at Shannon Airport was closed for almost two hours this afternoon after a business aircraft suffered a burst tyre on landing.

The privately owned Pilatus PC-12 was left disabled on the runway after landing at around midday. It’s understood that the crew had been undergoing flight training at the airport at the time of the incident.

The crew of the single-engine turbo-prop aircraft carried out aborted take-off and missed approach procedures before taking off and entering a training circuit and returning to land again.

After landing again at around 12.18pm, the aircraft suffered a burst tyre but was brought to a safe stop by the crew. The runway however was left closed while the plane remained disabled. Airport operations personnel and an airport fire and rescue service vehicle responded to the incident.

One inbound aircraft, a Ryanair flight from Kaunas, had to divert to Dublin while the aircraft was left disabled on the runway. The flight was over the midlands when the crew was advised of the issue at Shannon and opted to turn around and divert to Dublin instead.

After almost two hours on the runway, the incident aircraft was towed onto a nearby taxiway where it was parked until the blown tyre could be replaced. Operations at Shannon returned to normal immediately after the runway had been cleared.

A spokesperson for Shannon Group confirmed: “An aircraft on landing experienced a technical difficulty today resulting in the runway at Shannon Airport having to be closed for approximately 90 minutes. The aircraft was removed from the runway at 2.06pm and the runway has since reopened. A flight from Kaunas due to land at Shannon was diverted to Dublin during the period of the closure.” 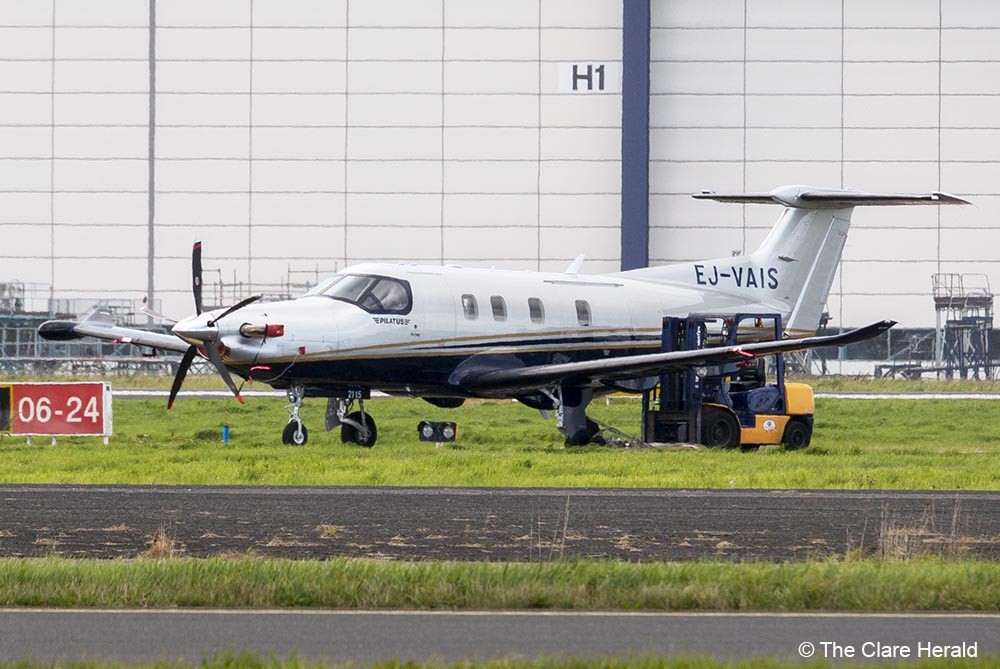 In August 2019, the runway at Shannon was closed for several hours after the undercarriage of a passenger jet caught fire during take-off. Passengers were evacuated on the runway via the emergency slides but no one was injured.

Just a few months later in December 2019, operations at Shannon were brought to a standstill again after a light aircraft suffered a nose-wheel collapsed after landing. No one was injured in that incident.