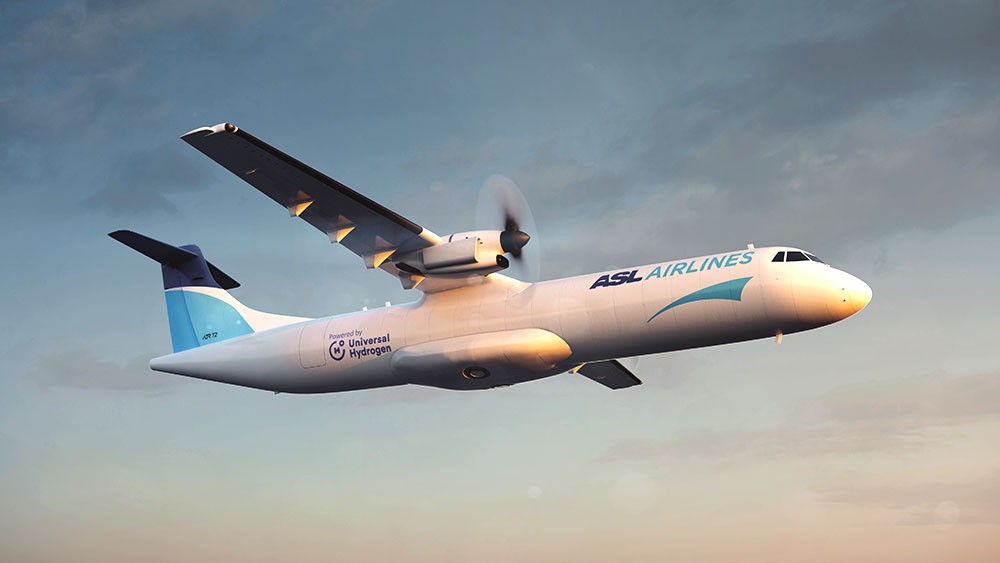 Universal Hydrogen Co. has announced it has executed a letter of intent (LOI) with Dublin-based ASL Aviation Holdings, a global aviation services group based in Dublin, Ireland.

ASL will be a global launch customer for the turboprop cargo market and plans to purchase up to ten of Universal Hydrogen’s ATR 72 conversion kits for installation into its existing or future turboprop aircraft fleet.

Upon completion of a collaborative network study and aircraft assessment, Universal Hydrogen’s conversion kits will be installed in ATR 72 planes owned by ASL and operated on services for its major customers throughout Europe. In addition to the conversion kits, ASL has agreed to provide an ATR 72 to Universal Hydrogen to use as its cargo test and certification aircraft.

The ASL CargoVision forum is an initiative to drive innovation and sustainability in the air cargo industry, and working together in this forum Universal Hydrogen and ASL will move quickly to reduce emissions in the critical regional sector served by the ATR 72.

“Air cargo has a unique opportunity to lead the aviation industry as it moves to meet ambitious carbon emissions targets. In ASL we are committed to being a first-mover in the introduction of new emissions reduction technology in our current fleet and hydrogen has a significant role to play with aircraft such as the ATR 72,” said Dave Andrew, CEO, ASL Aviation Holdings.

“Aviation cannot wait to act for a decade or more before new aircraft types become available, and by working with Universal Hydrogen we can create a bridge to new aircraft that will allow us to immediately reduce our carbon footprint in line with the environmental sustainability commitments in the ASL Group ESG Policy.”

“In order to reach Paris Agreement targets for aviation emissions we can’t focus on passenger aircraft alone—the cargo market is significant and growing. It’s exciting to see a leading operator like ASL deeply aligned with our vision to make hydrogen the universal fuel for aviation,” said Paul Eremenko, Universal Hydrogen co-founder and CEO. “ASL’s customers represent some of the largest air freight users in the world, and we welcome the opportunity to provide them with a truly clean way to meet growing delivery demands.”

Fianna Fáil Spokesperson on Tourism and Aviation Cathal Crowe has hailed the announcement as the beginning of the decarbonisation of the aviation sector.

“Today’s announcement really is a landmark one for Irish and European aviation. This move will mean a significant step towards net-zero emissions as soon as it’s practicable. While today’s announcement is very much cargo-focused, it gives huge hope that we will see a similar move for passenger airlines in the not-so-distant future.” 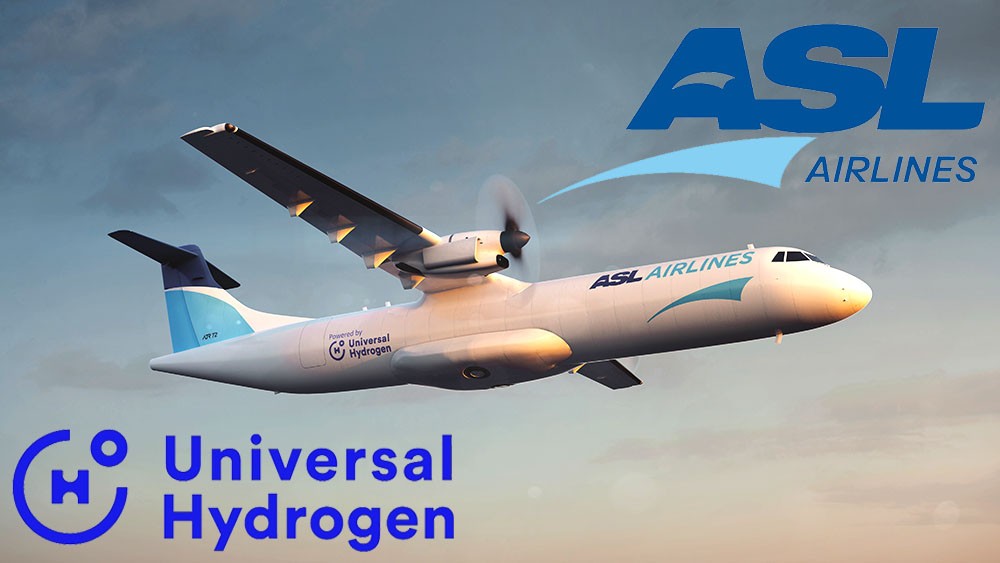 Universal Hydrogen is making hydrogen-powered commercial flight a near-term reality. The company takes a flexible, scalable, and capital-light approach to hydrogen logistics by transporting it in modular capsules over the existing freight network from green production sites to airports around the world. To accelerate market adoption, Universal Hydrogen is also developing a conversion kit to retrofit existing regional airplanes with a hydrogen-electric powertrain compatible with its modular capsule technology.

ASL Aviation Holdings which has a base at Shannon Airport, is a leading global aviation services provider with five European airlines and two associated airlines in South Africa and Thailand.

The Group also includes maintenance companies and leasing entities. ASL has a fleet of 140 aircraft ranging from the B747-400 to the ATR 72 turboprop. The Group’s airlines operate for world-leading express parcel integrators, postal services and e-tailers and also own-brand operates inter-continental scheduled services. Passenger services are also operated in France and in South Africa.

ASL CargoVision, for greener, sustainable aviation, is a forum developed in late 2020 by ASL and leading new aviation technology companies. The objective is to help raise awareness of ASL and the Forum members’ position on both innovative new technologies and sustainability for air cargo operations. ASL and the other members of the CargoVision Forum will promote these new technologies as they bring sustainability to the aviation industry, and particularly to cargo operations. 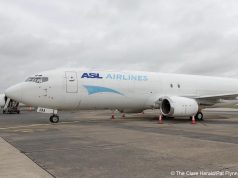