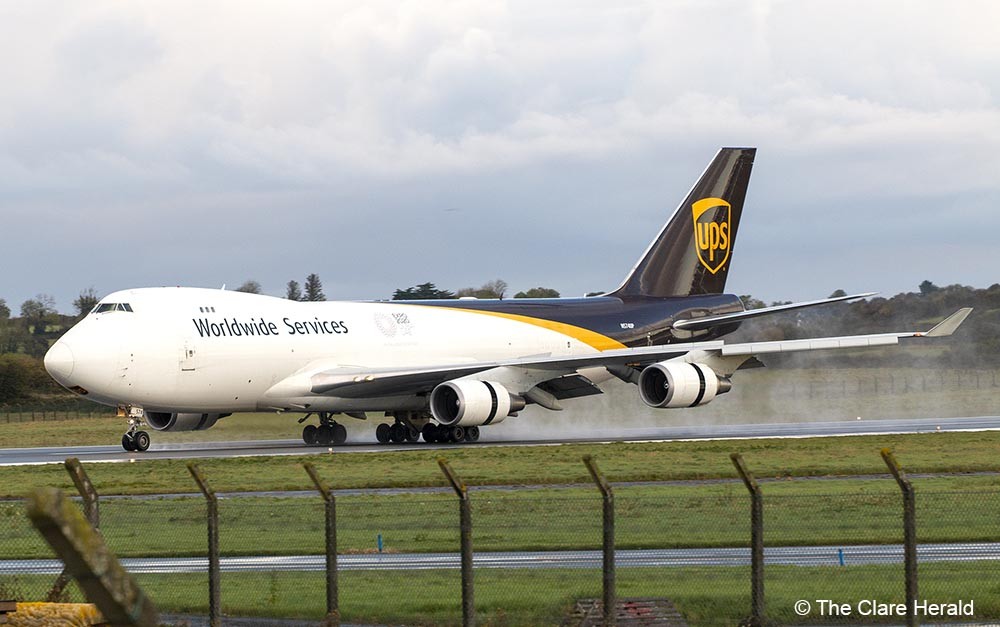 A US-bound cargo jet turned around over the North Atlantic and diverted to Shannon Airport this morning after the crew reported a mechanical problem.

United Parcel Service flight UPS-232 was travelling from East Midlands airport in the UK to Philadelphia in the US at the time. The scheduled cargo service had departed Cologne, Germany earlier in the morning and made a planned stop at East Midlands.

The Boeing 747-440(F) jet, with three crew on board, had departed from East Midlands at around 5.20am and was about two hours into its journey when the crew requested permission to turn around and divert to Shannon Airport.

The crew had been in contact with air traffic controllers at the Irish Aviation Authority’s North Atlantic Communications Centre at Ballygirreen at the time.

The crew advised controllers they had “mechanical issue with some flight controls”. It’s understood the issue was associated with one of the jet’s hydraulic systems.

The jet was cleared to divert to Shannon while the crew confirmed to controllers they were was not emergency and board and they would not require assistance on arrival.

The flight landed at safely at 9.33am and taxied to the terminal building where ground crews and engineers were standing by.