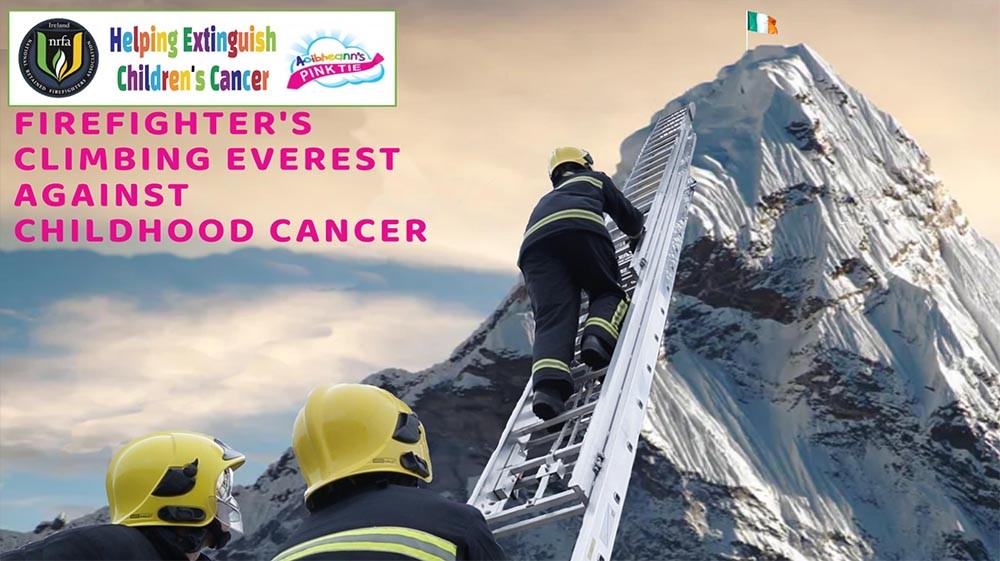 Retained Firefighters from across Ireland will come together at Nenagh Fire Station on October 30th to conquer one of the most physically demanding excursions known to man, Mount Everest.

Mount Everest is world’s highest mountain above sea level, located in the Mahalangur Himal sub-range of the Himalayas.

At Nenagh Fire Station on the day, firefighters will use a 13.5 metre ladder to climb the equivalent of Everest’s 8,449m all in an effort to put out the fire on children’s cancer in Ireland.

The event will form a centre piece for wider fundraising effort for Aoibheann’s Pink Tie National Children’s Cancer Charity which will be held across the country. Retained firefighters will also be carrying out bucket collections as well as an extensive online effort to raise funds for this vital service.

Running in tandem with Saturday’s event at Nenagh Fire Station, firefighters in Ennis will hold a bucket collection this Friday in Ennis.

Crews at Clare’s over stations at Shannon, Ennistymon, Scarriff, Killaloe, Kilrush and Kilkee will similar collections on Saturday.

The public can also contribute at Ennis Fire Station on Saturday while the main event is going on in Nenagh.

An event spokesperson said: “The charity is one very close to the hearts of our fire crews. In 2019, Retained Personnel took to the streets across the country and over €100,000.

“In 2021 we hope to break through this figure, and we can do so with your help. On the day, Nenagh Fire Station will be a flurry of activity with the Coast Guard Helicopter Performing a Fly By, Ireland’s American Tiller Fire Truck attending the scene and to mark the conquering of Mount Everest, a high-power laser show will round out the event.”

“The event will be streamed live on social channels with interviews with many of the individuals partaking on the day. A number of celebrities and sporting personalities will be in attendance on the day while a number will be lending their support through online channels also.” 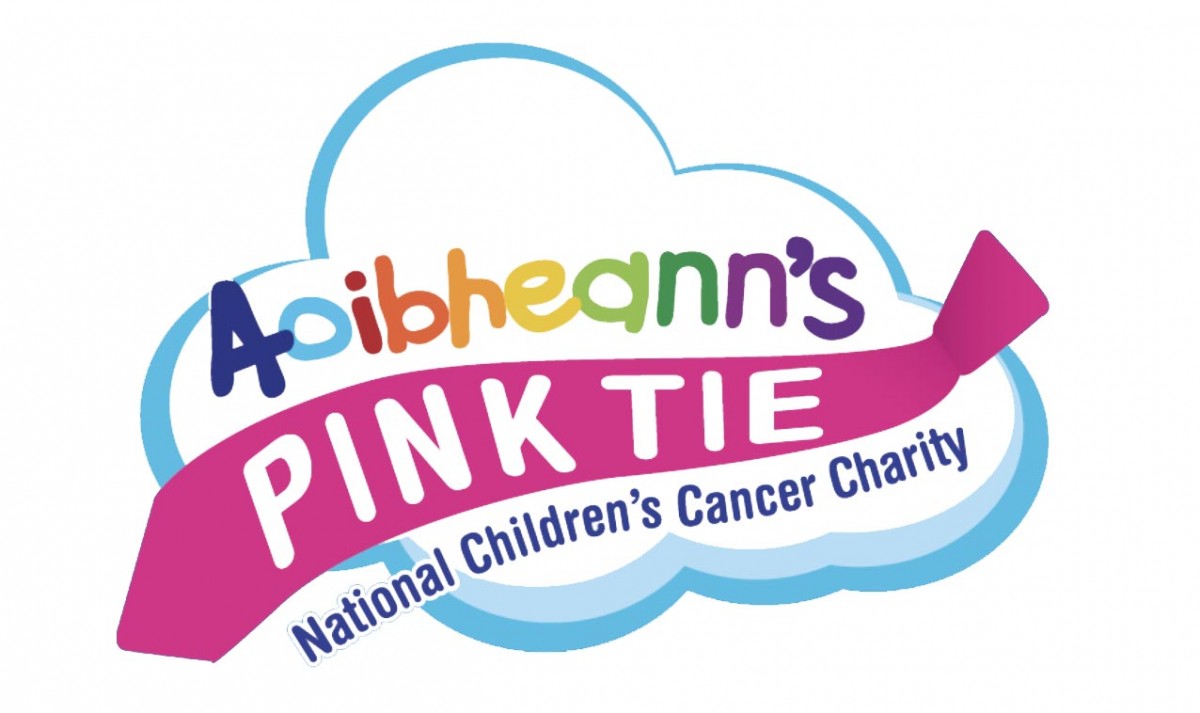 Organisers are inviting firefighters who are available on the day to attend Nenagh Fire Station along with their family and get involved.

The spokesperson added: “Whether you can manage one climb or a dozen, we would love to see you there on the day. We understand that not every firefighter will be able to attend the event however, this does not mean you or your station/crew can’t be involved in what is sure to be a fantastic event for a great cause.

We have the resources for stations to carry out bucket collections in their locality, either on the day or at a convenient time close to the event. Buckets, Bibs, Licensing documents etc can all be supplied, and this is a simple thing to do, but has a huge fundraising benefit overall.” 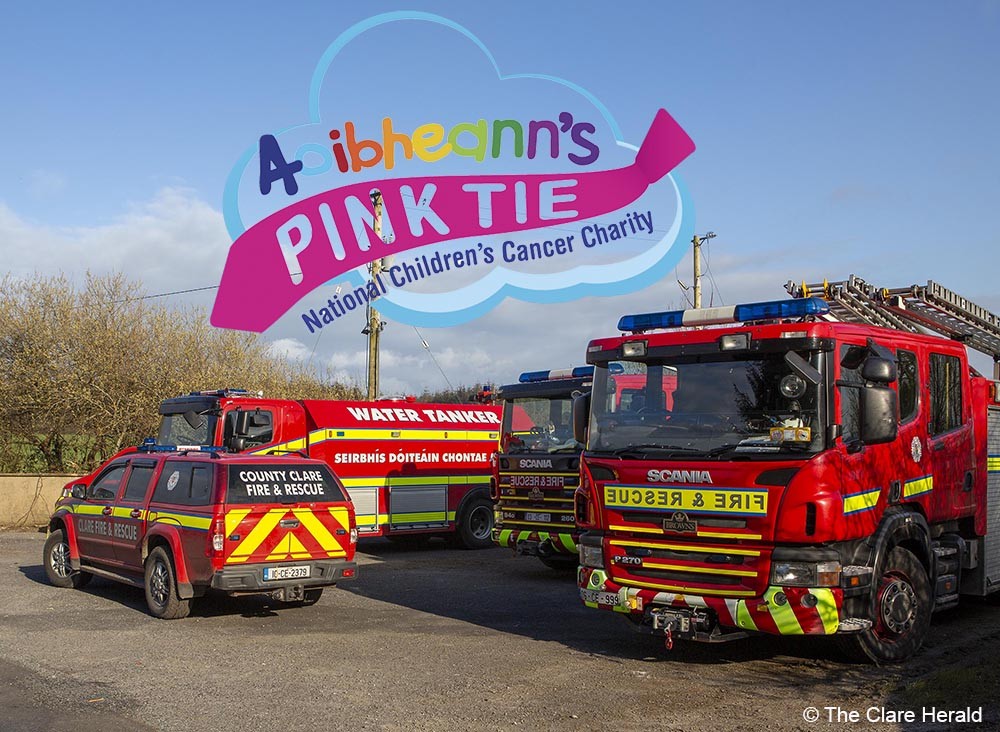 Aoibheann’s Pink Tie “National Children’s Cancer Charity” receives no government funding and support is from the generosity and tireless work of volunteers throughout the country and beyond. Aoibheann’s Pink Ties work is completed by a dedicated volunteer team and with only one part time paid employee. In 2014 Wages comprised 1% and expenses 6.5% of overall donations received.

Aoibheann’s Pink Tie “National Children’s Cancer Charity” was set up in 2010 by Mick Rochford and Jimmy Norman after the tragic loss of Jimmy’s daughter Aoibheann to cancer aged just 8 years. During Aoibheann’s year long battle with this dreadful disease, the family found little or no financial or practical support for children and their families.

Aoibheann’s Pink Tie helps and offers practical support to the families of children diagnosed with cancer and who are attending St John’s Oncology Ward in Our Lady’s Children’s Hospital. Focused on children attending the only treatment center for childhood cancer in Ireland, we will support the complete family unit, of parents and siblings, who may not understand what is happening to their Brother or Sister.