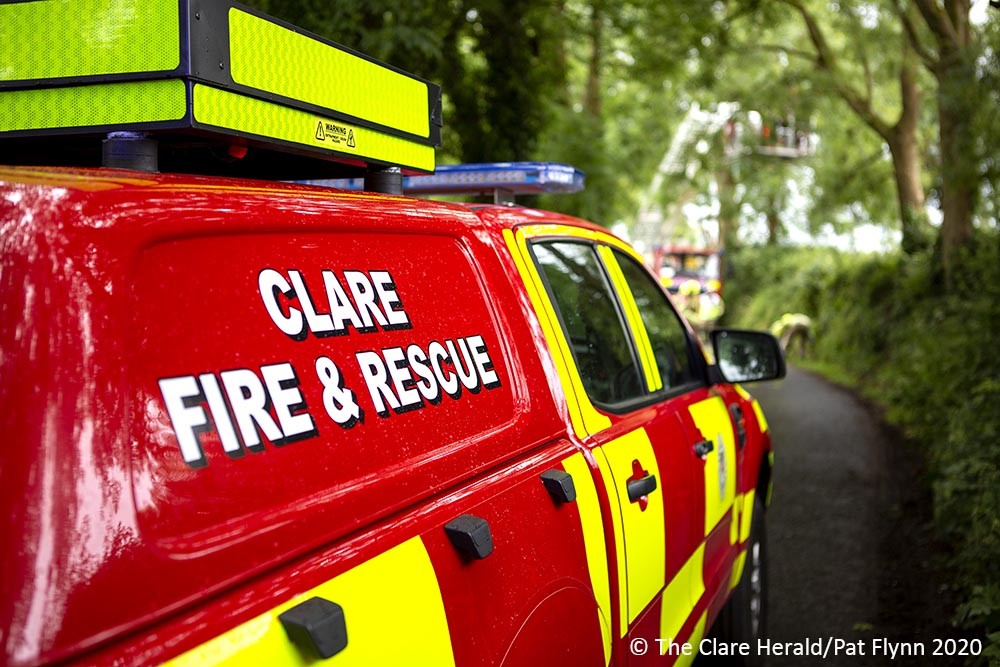 An apartment building in Ennis was evacuated early today after a fire was reported on the premises.

Gardaí had responded to an intruder alarm activation at the Abbeyfield Centre on Francis Street at around 3.00am and on arrival discovered smoke in the building. Gardaí quickly notified the fire service.

Three units of Clare County Fire and Rescue Service from Ennis station responded to the fire on the ground floor of the building which houses a charity shop.

Firefighters had to use cutting equipment to create access through a security screen at the front door. Once inside, fire crews quickly located a fire in an area at the front of the building and quickly brought it under control.

In the meantime, Gardaí and fire service personnel roused sleeping residents in the apartments above the charity shop. Smoke was also found in the upstairs part of the building.

Once the fire had been extinguished and the building ventilated to clear any remaining smoke, residents were able to return to their apartments.

Gardaí are investigating the cause of the fire which is believed to have started in the vicinity of a storage heater.