Garda divers, Clare Civil Defence and the Aran Islands RNLI lifeboat have joined the search for a woman reported missing at the Cliffs of Moher in Co Clare last night.

The Kilkee unit of the Irish Coast Guard has also been dispatched to the incident as the local Doolin unit was stood down on Monday following six shock resignations. The Doolin volunteer team was taken ‘off the board’ which means they will not be tasked to any incidents.

The Shannon based search and rescue helicopter carried out a search of the area last night after the alarm was raised. It’s understood that some personal items were found on a pathway at the cliffs. After examining those items, Gardaí commenced a search for a woman believed to be in her late 20s.

Rescue 115 undertook a search a further search of the area this morning while divers from the Garda Water Unit travelled to Clare to assist in the search. The Aran Islands RNLI all-weather lifeboat was dispatched from Kilronan and has been searching the coast from Aill Na Searrach south to Hags Head.

Clare Civil Defence’s UAV (drone) team is also assisting in the search which is being coordinated by An Garda Síochána and watch officers at the Irish Coast Guard’s marine rescue sub centre on Valentia Island in Kerry. A UAV from Galway Civil Defence was also requested to assist with the search.

This is the first callout to the area usually covered by the Doolin unit of the Coast Guard. 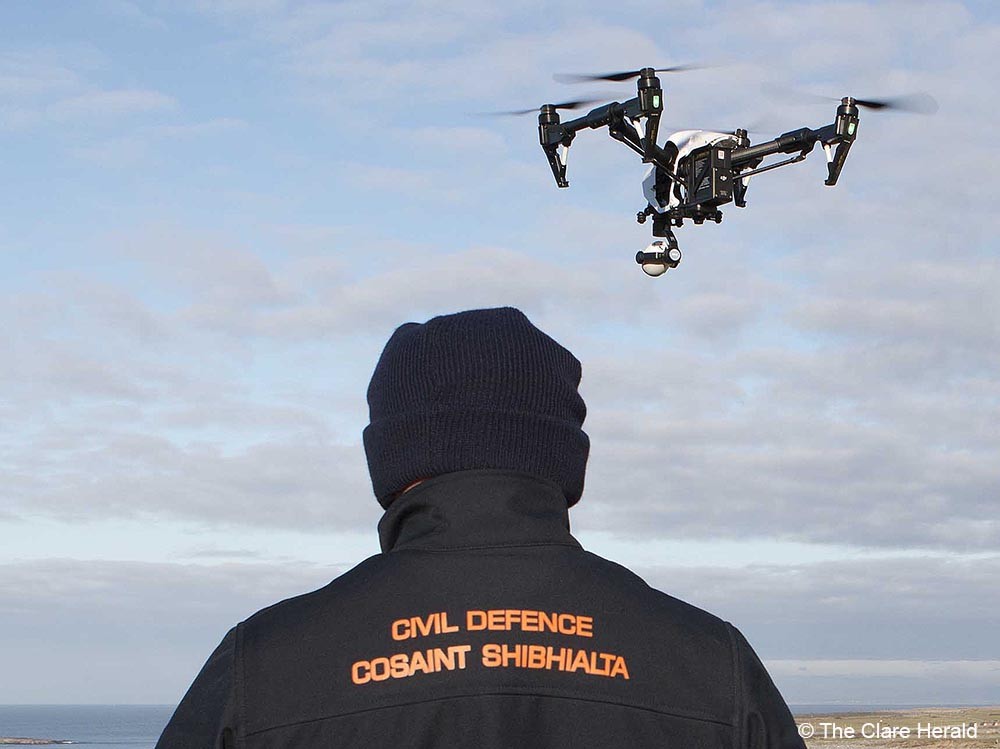 Meanwhile, a second team from Kilkee was tasked to a report of a swimmer in difficulty near Doonbeg this afternoon.

While one team was assisting with the search at the Cliffs of Moher, a second group of volunteers responded to Doughmore Beach where it was reported a person was in difficulty in the sea.

It emerged however that a dog had been dragged out to sea by the tide and there was no swimmer in trouble.

The dog was safely recovered and the team returned to base.