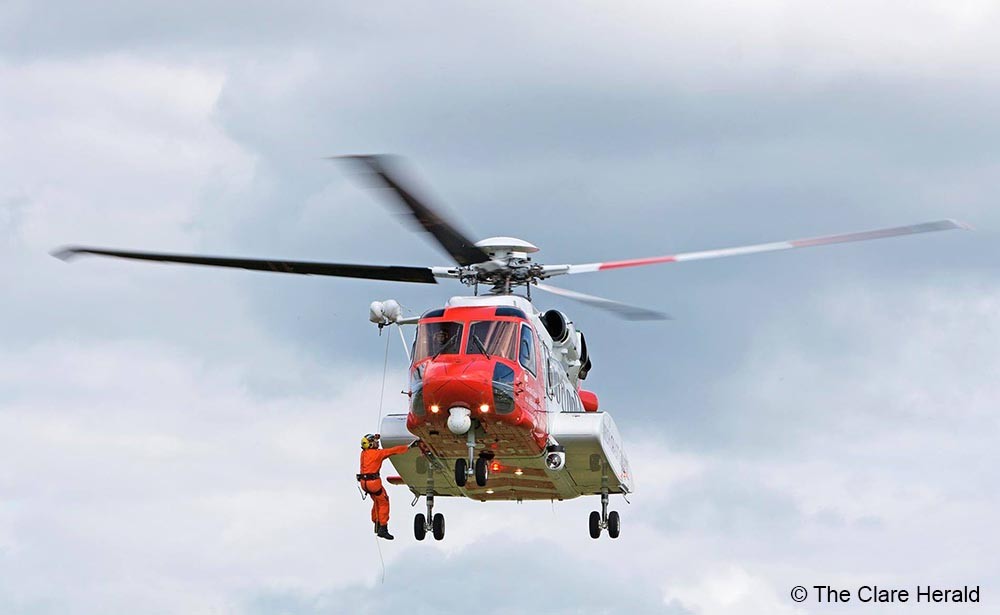 A man has been airlifted to hospital after he was injured while hill climbing in the Burren in North Clare this morning.

The alarm was raised at around 10.30am when emergency services received a report of a hill walker sustaining a leg injury while climbing Slieve Carran on the Clare – Galway boarder.

It’s understood the injured man’s companion raised the alarm and provided details of the incident location to emergency services.

The Kilkee unit of the Irish Coast Guard was requested to attend as the Doolin unit is not currently responding to calls. Gardaí and National Ambulance Service paramedics also responded to the scene.

The Shannon-based Irish Coast Guard helicopter, Rescue 115, had been on a training mission near Quilty at the time so was able to reach the scene in about 10 minutes.

Once the helicopter crew had confirmed the casualty had been located and was in their care, the other responding agencies were stood down and allowed return to their respective bases.

The injured man, understood to have sustained an ankle injury, was airlifted to Galway University Hospital for treatment.

CALL-OUT: 10:35 Sunday, 5th Dec
We were tasked by @IrishCoastGuard to assist an injured hiker in the Burren earlier today. Casualty was evacuated by RESCUE 115 to UCHG for further treatment. @AmbulanceNAS also on scene. Wishing the casualty a full and speedy recovery. pic.twitter.com/e6khUrg94o