A multi-agency emergency operation was put in place at Shannon Airport this morning after the crew of a corporate jet declared an emergency over the Atlantic west of Ireland.

The Cessna Citation 750 had departed Stansted Airport in England at around 10am bound for a destination in the United States. It’s understood there were just two persons on board, both pilots.

About an hour after departure, the crew issued a May-Day radio distress call, declaring an emergency and reporting an issue with pressurisation on board. The crew requested clearance to divert to Shannon Airport and was cleared to turn around and descend initially from 47,000 feet to 37,000 feet and soon afterwards, further to 12,000 feet while routing towards Shannon.

At Shannon, air traffic controllers alerted the airport’s own fire and rescue service as well as external agencies. An emergency plan was implemented with Clare County Fire and Rescue Service; National Ambulance Service; Irish Coast Guard and An Garda Síochána all being alerted.

Units of the fire service from Shannon station were dispatched to the airport while additional crews from Ennis were mobilised to a designated holding point near Dromoland adjacent to the M18 motorway. National Ambulance Service resources and Gardaí also responded to the incident.

The Shannon-based Irish Coast Guard helicopter, Rescue 115, was placed on standby at the airport as part of the emergency plan.

Once it was confirmed that the flight crew was satisfied they didn’t not need to make an emergency landing, all responding agencies responding to Shannon were stood down.

The crew opted instead to remain at 12,000 feet and initially planned returning to Stansted but decided to diverted to Bournemouth International Airport in the south of England where it landed safely at 12.39am. 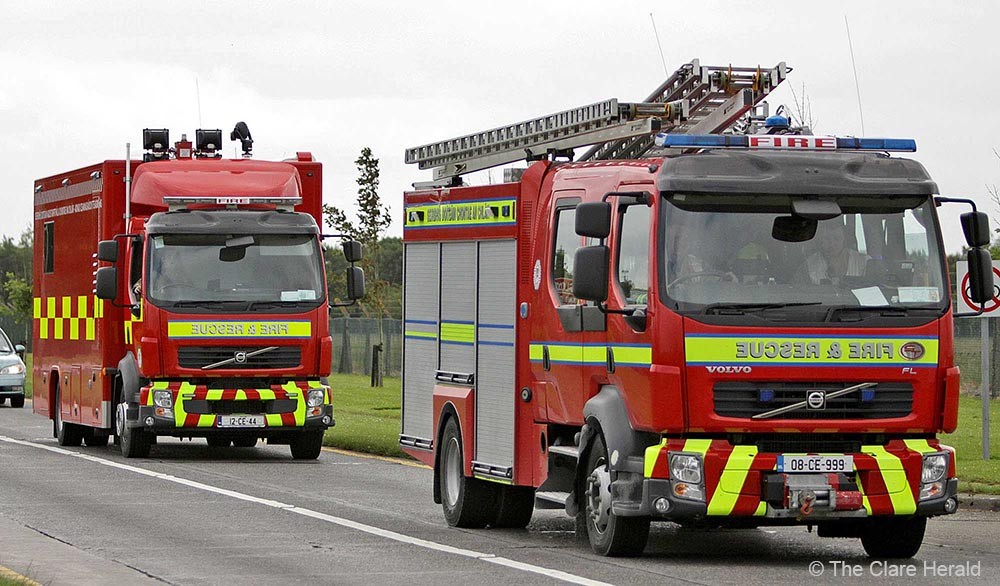