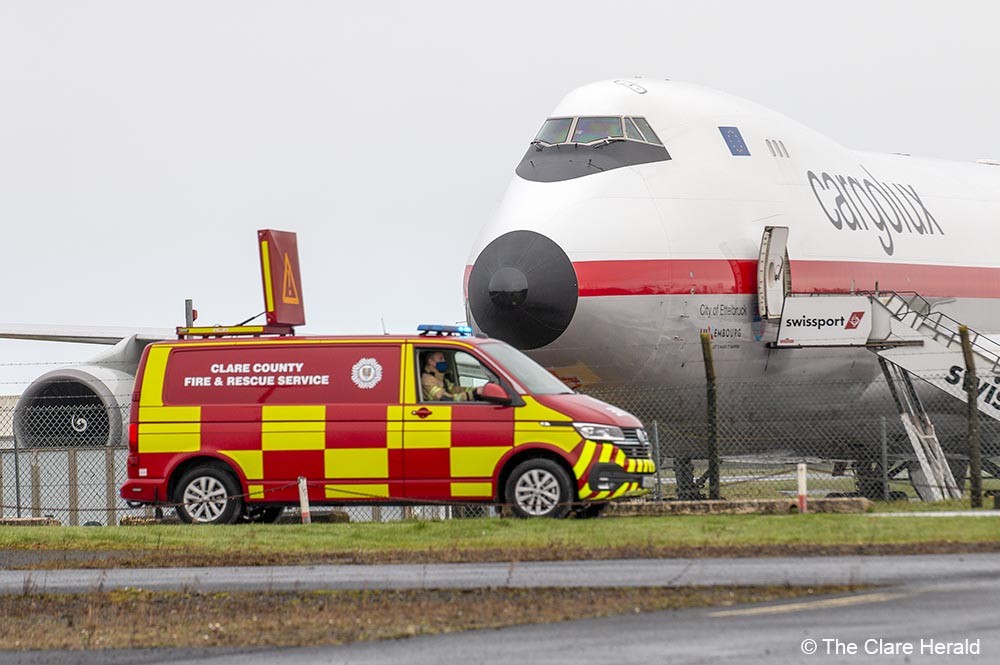 A transatlantic cargo flight made an emergency landing at Shannon Airport this morning after the crew reported a possible fire on board.

The Cargolux Boeing 747-400(ER) was travelling from Miami, Florida in the US to Amsterdam in the Netherlands. There were three crew on board and it’s understood the flight was carrying a consignment of flowers.

Flight CV-59K was about 140kms west of Co Mayo and 270kms northwest of Shannon at around 5.20am when the crew issued a Mayday radio distress call.

It’s understood that the crew reported a ‘fire indication’ in the cockpit. The alarm suggested there was a fire in the aft (rear) cargo hold however the crew reported no other signs of a fire. They advised air traffic controllers that they wished to divert and land at Shannon Airport.

A multi-agency emergency plan was promptly put into action at the airport ahead of the jet’s arrival. Shannon Airport’s fire and rescue service was alerted and crews were deployed to holding points adjacent to the runway, ahead of the aircraft’s arrival.

Units of Clare County Fire and Rescue Service from Shannon and Ennis stations along with a number of National Ambulance Service resources and Garda units also responded to the airport.

Shortly before the aircraft was due to land at Shannon the flight crew confirmed that the fire indication was no longer active. The aircraft landed safely at 5.45am and was pursued along the runway and accompanied to the terminal building by fire crews.

Airport fire crews carried out an external inspection of the jet’s fuselage using handheld infra-red heat detectors before undertaking a visual inspection inside the jet’s cargo hold. It’s now thought that the fire indication was a false alarm.

Just one inbound scheduled cargo flight was slightly delayed during the emergency at the airport. The flight entered a holding over East Clare for a short time before being cleared to land. Operations at Shannon were otherwise unaffected.

The Cargolux flight resumed its journey to Amsterdam just after 11.00am.

In 2014, a Cargolux Boeing 747-400 freighter, operating as flight CV-765 from Aguadilla (Puerto Rico) to Maastricht (Netherlands), and carrying a consignment of flowers, diverted to Shannon after the crew declared emergency reporting a cargo fire indication. No fire was found. 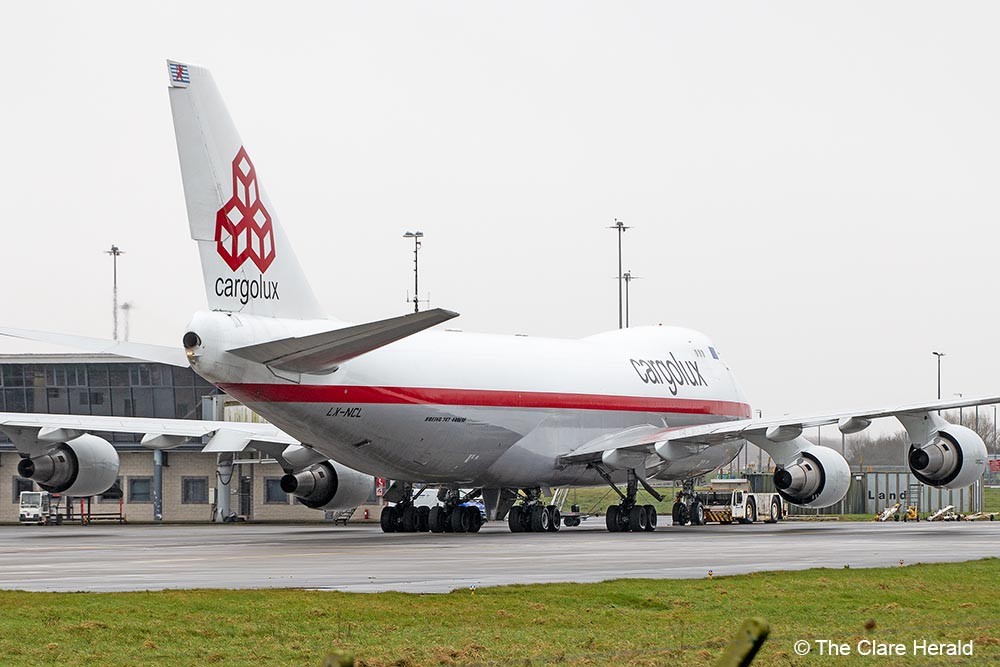 In previous incidents, cargo aircraft have diverted to Shannon with similar fire indications. In a number of cases, it was found that the organic cargo the flights were transporting resulted in the false fire alarms and in some cases, activation of the aircraft’s fire suppression systems.

In 2014, there were three incidents where flights diverted to after heat from organic materials in the cargo holds activated onboard fire alarms.

In one incident, a consignment of vegetables activated the jets fire alarm and sprinkler systems while in another, the heat from two tonnes of mangos triggered an aircraft’s sensitive fire detection system forcing the flight to divert to Shannon.