The man arrested at the scene of last night’s collision has been released without charge pending completion of the Garda investigation when a file will be sent to the DPP.

A woman has died following a road traffic collision in Co Clare this evening while a man has been arrested.

Emergency services responded to the single-vehicle crash near Ennistymon in the north of the county at around 6.40pm.

A woman in her 30s was fatally injured in the collision which occurred about 1.5 kilometres from Ennistymon on the main N67 Ennistymon to Lahinch road near the Hospital Cross. The woman was a passenger in the car which is believed to have struck a tree before overturning.

National Ambulance Service paramedics and Gardaí responded to the scene along with crews from Clare County Fire and Rescue Service’s Ennistymon and Ennis stations.

Local crews from Ennistymon station were dealing with another road collision at the time but promptly dispatched available personnel from that scene to the incident. Fire service first responders from Ennistymon station, an off-duty paramedic and Gardaí assisted with administering emergency first aid and cardiopulmonary resuscitation (CPR) until an ambulance arrived.

The woman was pronounced however dead at the scene while the male driver, also in his 30s, was arrested on suspicion of drunk-driving and taken to Ennis Garda station. He escaped serious injured the collision. 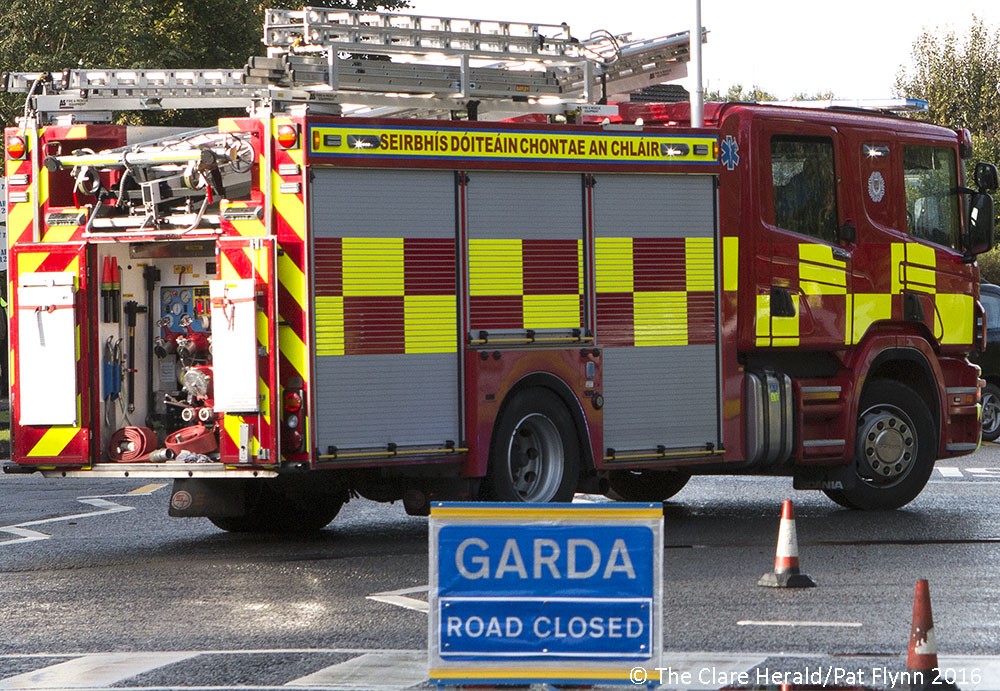 The victim’s body has been removed to University Hospital Limerick where a post-mortem examination will be carried out. The coroner for Clare has also been notified of the tragedy.

The main N67 road is currently blocked and will remain closed overnight. Motorists are being urged to avoid the area and take an alternative route. Forensic Collision Investigators will carry out an examination of the scene early tomorrow.