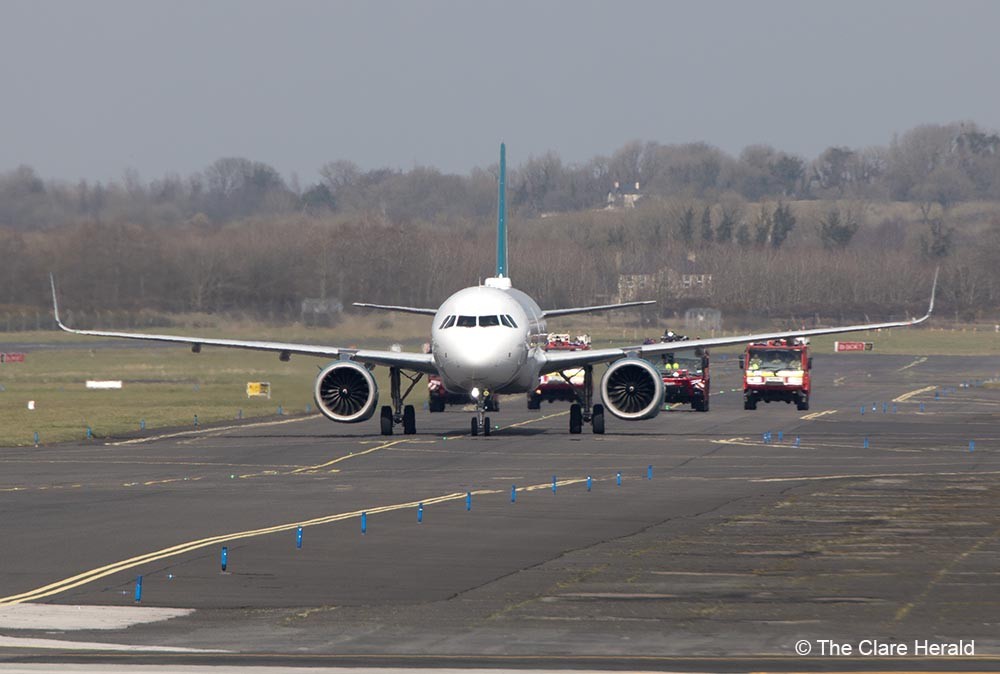 A US-bound Aer Lingus flight was forced to turn around off the west coast and return to Shannon Airport this afternoon amid concerns that an emergency exit door might not have been securely locked.

The Airbus A321-253(Neo) jet had crossed the Clare coast over Quilty when the flight crew advised controllers they had a technical issue which they were working to resolve but added they might have to return to the airport.

The crew also made contact with company engineers on the ground to seek assistance troubleshooting the issue. The crew reported they had received an “indication of an emergency exit door open”.

After turning around and while the flight was descending towards Shannon, the flight crew told controllers that the indication had cleared and requested clearance to enter a holding pattern and might be in a position to continue their journey.

However, when the indication reoccurred and the crew couldn’t resolve the issue they opted not to continue their Atlantic crossing and decided to return to Shannon as a precaution. The crew did not declare an emergency and confirmed they would not require emergency services to be mobilised.

While fire crews at Shannon Airport were placed on local standby in their station they were later dispatched to designated holding points adjacent to the main runway ahead of the jet’s arrival. This was because the aircraft would be making an overweight landing and the pilots were concerned that the jet’s brakes could overheat.

The flight made a normal and safe landing at 1.28pm and taxied to the terminal accompanied by airport fire crews who were stood down soon afterwards. Engineers were also standing by to meet the aircraft and investigate the fault.

The flight resume its journey at 3.30pm after the problem had been dealt with.

An Aer Lingus spokesperson confirmed: “Aer Lingus flight EI111 travelling from Shannon to New York (JFK), 22nd March, was required to turn back shortly after take-off due to a technical issue. The aircraft landed safely in Shannon and passengers disembarked before our team on the ground carried out the necessary maintenance checks. The flight departed again at 15:30 and completed its journey to JFK.”