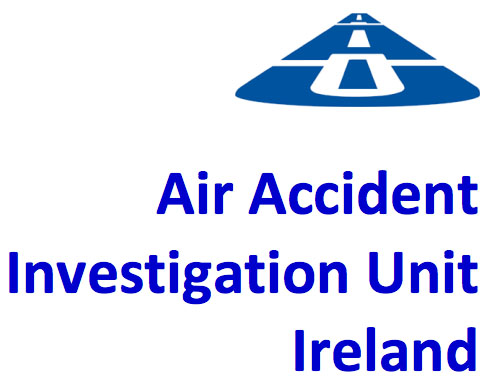 4.45pm – The Air Accident Investigation Unit (AAIU) of the Department of Transport is investigating the circumstances of this morning’s aircraft emergency at Shannon Airport.

According to one source, it’s understood that fan blades became separated from the jet’s right side engine and may have struck a section of the aircraft’s flight control surface. Fragments of fan blades are thought to have been found in the right wing elevator.

It’s also believed, according to the source, that the aircraft’s engine will have to be replaced so the jet is expected to remain grounded at Shannon for several days yet.

An AAIU spokesperson said: “A team of Inspectors is currently in Shannon conducting a preliminary investigation into a recent event.”

A transatlantic jet has made an emergency landing at Shannon Airport after it suffered an engine failure west of Ireland.

United Airlines flight UA-134 was travelling from Newark in the US to Zurich, Switzerland when the crew declared an emergency at around 9.00am today. The Boeing 767-322(ER) jet was about 90 minutes west of Ireland at the time. There were 113 passengers and a crew of 10 on board.

The flight crew reported an issue with one of the jet’s two engines. The pilot told controllers that the engine had been ‘damaged’ however it wasn’t clear whether the crew intentionally shut the engine down or if it failed in flight as a result of the damage.

Soon after the flight entered Irish airspace, the crew transmitted an emergency ‘squawk’ radio signal indicating to air traffic controllers and other aircraft they had an emergency on board.

In the meantime, air traffic controllers and authorities at Shannon Airport implemented emergency procedures ahead of the aircraft’s arrival. This involved alerting the local authority fire service, National Ambulance Service and An Garda Síochána.

Units of Clare County Fire and Rescue Service from Shannon and Enns stations were mobilised to the airport in support of Shannon’s own fire and rescue crews. Ambulance paramedics; rapid response advanced paramedic units and an ambulance officer were also dispatched to the airport.

Airport and local authority fire crews were mobilised to designated holding points adjacent to the runway in advance of the jet’s arrival. The flight landed safely at 10.40am on its one operating engine.

The aircraft taxied to the terminal building accompanied by fire crews who later carried out a visual inspection of the troubled engine as well as the jet’s braking system to ensure there was no overheating during the emergency landing. Fire crews remained with the aircraft for a short time as a precaution. All services were stood down at around 11.15am.

Engineers were also waiting to meet the aircraft to inspect the engine. The aircraft is expected to remain grounded at the Shannon while the problem is investigated.

The passengers were deplaned and will be transported by us to Dublin from where they will be flown to Zurich later.

An airline spokesperson said: “Our team at Shannon Airport is providing assistance to customers of United flight 134 (New York/Newark – Zurich) today, which diverted to Shannon Airport to address a technical issue. The aircraft landed safely at 10:40AM (local time). The flight subsequently cancelled. We are providing our customers with meal vouchers and hotel accommodation and making arrangements for them to complete their journeys.”