Gardaí in Ennis are investigating a suspicious fire which caused extensive damage to a house in the town this afternoon.

The incident occurred at around 3.00pm today at the property at Gordon Drive in the Cloughleigh area of Ennis.

Two units of Clare County Fire and Rescue Service responded to a report of a domestic fire at the address. Several Garda units including members of the detective branch also responded to the multiple calls made to the emergency services.

On arrival at the scene, fire crews found that that front door and sitting room window were both ‘well alight’. Fire crews set about tackling the blaze and quickly established there was no in the house at the time.

It’s believed the house was targeted with accelerant that was set alight and destroyed both the front door and window and caused fire damage inside. Parts of the house not directly affected by the blaze suffered smoke damage. An adjacent property was also affected by smoke but was ventilated by fire crews. 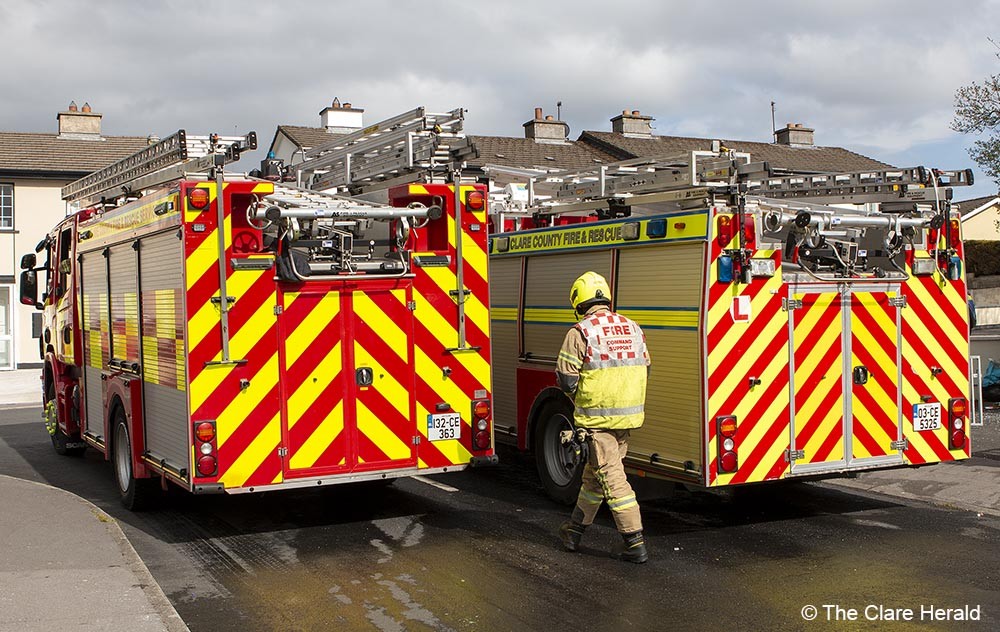 Gardaí spoke to a number of people at the scene while officers from the divisional Crime Scene Investigation unit undertook a forensic examination of the fire damage house. Gardaí photographed the scene and removed several bags of evidence for further examination.

A Garda spokesperson said: “Gardaí are investigating an incident of criminal damage that occurred at a property in Ennis, Co. Clare this afternoon. No injuries were reported. Investigations are ongoing.”

Anyone with any information in relation to this incident or who witnessed anything suspicious in the Gordon Drive/Cloughleigh area of Ennis this afternoon is asked to contact Ennis Garda station on 065 68 48100. 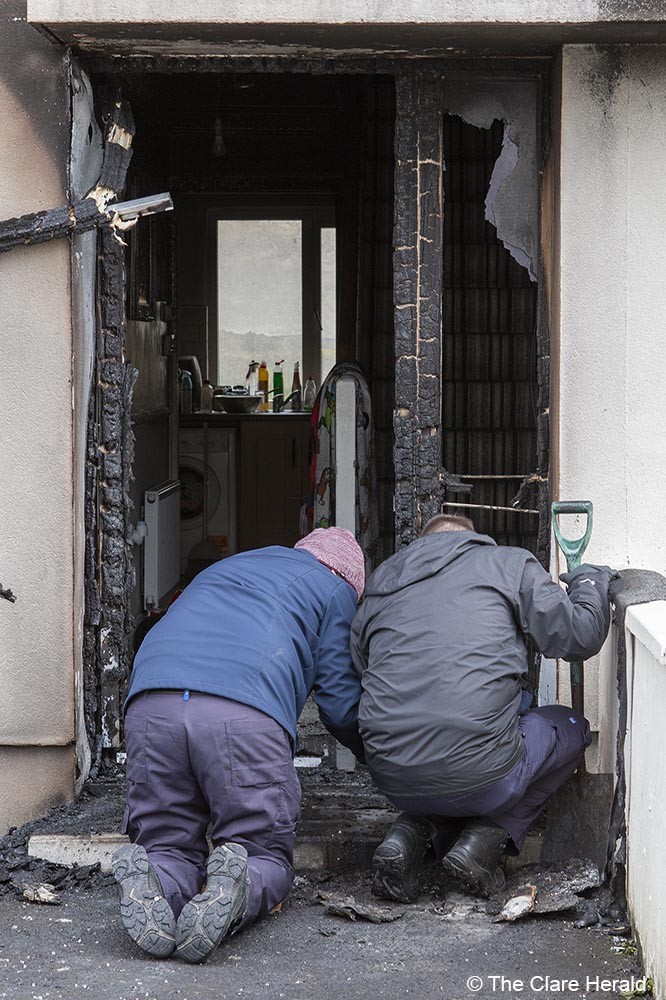