A man has been airlifted to hospital after the tractor he was operating overturned in a field in Co Clare this afternoon.

The alarm was raised at around 4.20pm when emergency services received a call about an incident on lands at Knocknagaroon on the Loop Head peninsula in the west of the county.

It’s understood that the man in his 30s lost control of the tractor which overturned. On arrival at the scene, emergency services personnel found that the man had managed to exit the overturn tractor by an opening in the roof.

He was treated at the scene by ambulance paramedics before being taken into care by the crew of the Cork-based charity-run Irish Community Air Ambulance (ICAA) which had landed in a field close to the scene.

The injured man was airlifted to University Hospital Limerick with what are understood to be non-life threatening injuries. 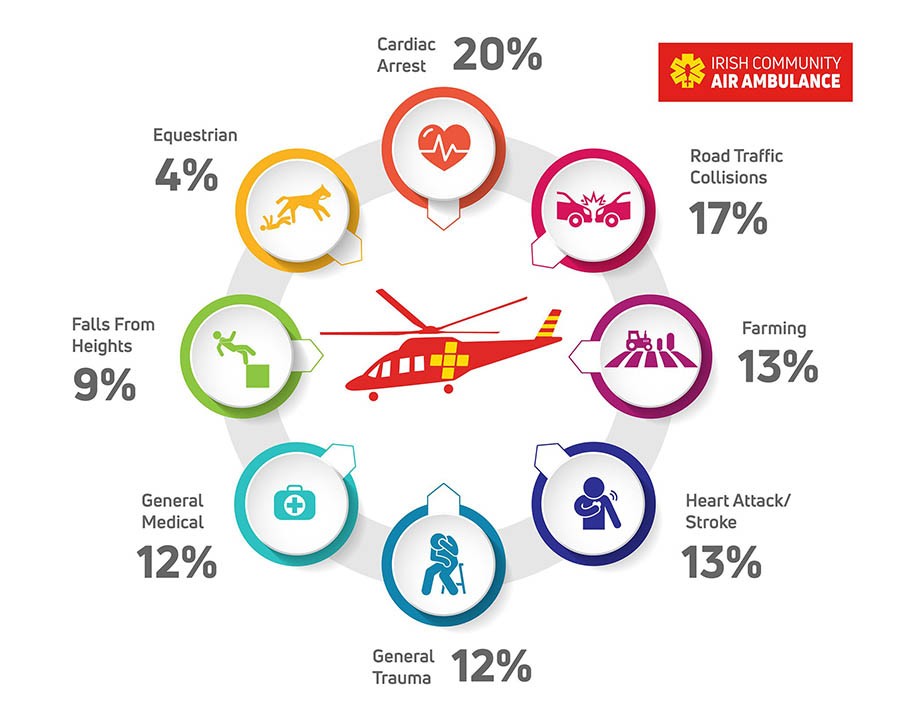 Farming accidents account for around 13% of all calls responded to by the Cork-based air ambulance.

The charity-funder service operates an Agusta Westland 109S from its base at Rathcool Aerodrome.