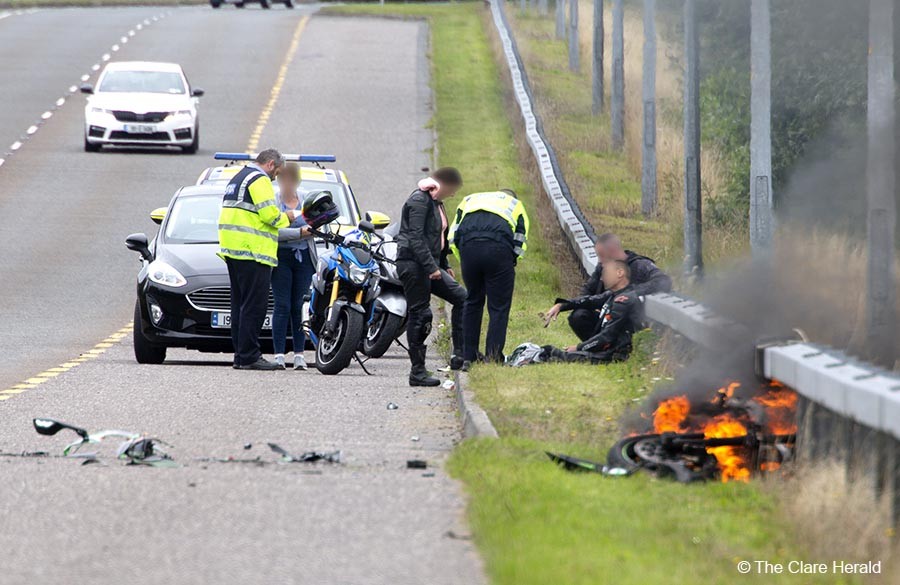 A man escaped serious injury after his motorcycle burst into flames after crashing on a busy dual-carriageway in Co Clare this afternoon.

The incident, which involved no other vehicle, occurred at around 12.45pm on the N19 dual-carriage between the M18 motorway and Shannon Airport. The man was travelling towards Shannon when, it’s understood, he suddenly lost control of his motorcycle.

When Gardaí arrived at the scene they found the injured man sitting against the crash barrier just yards from his burning motorcycle. The man is also understood to have been travelling as part of a group of three and the two other motorcyclists were quick to stop and help their friend.

A motorist, who had stopped safely in the hard shoulder earlier and was in no way involved in the incident, witnessed the crash occur in front of her. She remained with the injured man until emergency services arrived and gave her account of what happened to Gardaí.

There was some confusion over the exact location of the incident with two possible sites being provided to emergency crews. Units of Clare County Fire and Rescue Service from Shannon and Ennis stations were dispatched to the scene along with National Ambulance Service paramedics. 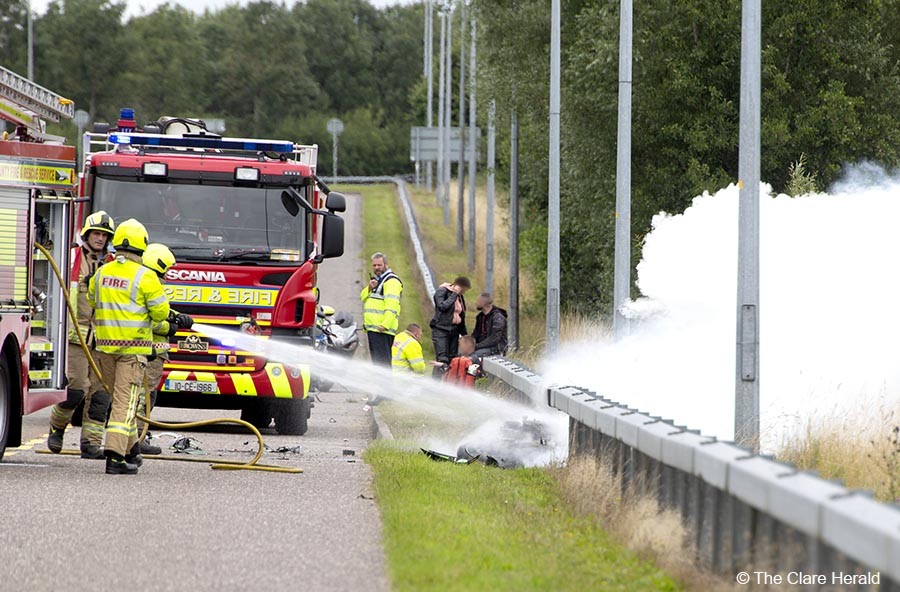 When they arrived at the scene fire service first responders grabbed a first aid bag and tended to the injured man until ambulance paramedics arrived. Other fire service personnel quickly implemented an emergency traffic management system using their appliances to close lane one and the hard-shoulder in a ‘fending off’ procedure. This is where fire service or other emergency vehicles are parked across traffic lanes to protect those involved in the collision and the emergency personnel dealing with the incident.

The injured motorcyclist was assessed by ambulance paramedics and is understood to have suffered a shoulder injury. It appears the motorcyclist was lucky to have been otherwise uninjured. He was transported to University Hospital Limerick for further assessment and treatment.

Gardaí are investigating the circumstances of the incident but it’s understood the man’s motorcycle may have suffered a mechanical issue, possibly with its front wheel. Some debris and gouge marks could be seen in the roadway where the man lost control of his motorcycle. 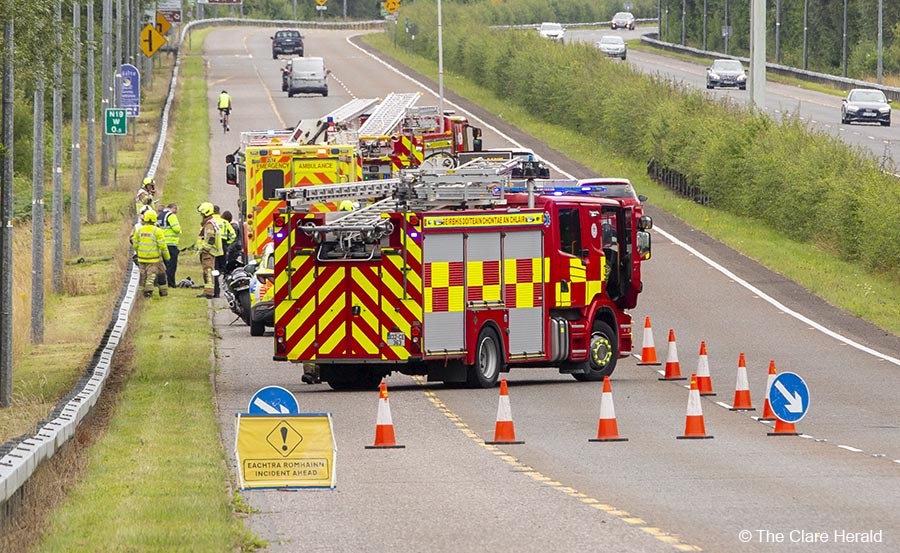