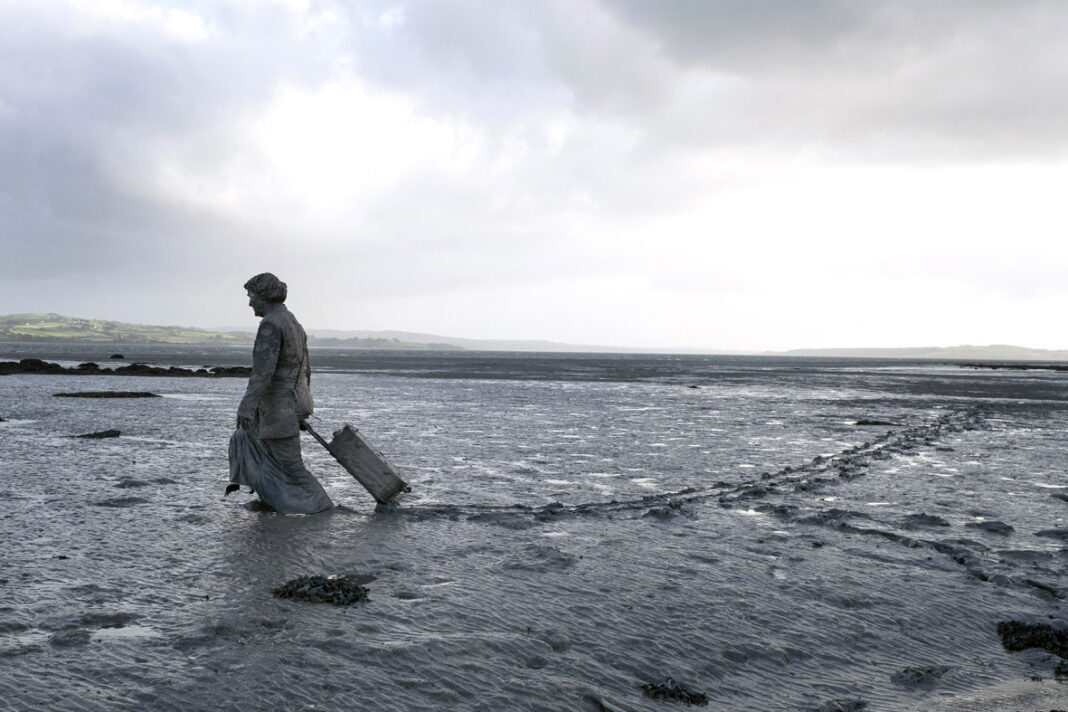 ‘RISING’: A film by William Bock

Clare Arts Office and Ormston House will host a screening of ‘RISING’ by William Bock on Saturday 1st October 2022, in Kildysart Community Hall.

‘RISING’ is a new film by artist William Bock created in collaboration with members of the community in Kildysart and Labasheeda.

Filmed along the shores of the Shannon estuary, ‘RISING’ depicts individuals and family groups as they emerge from the silt, covered in the river mud, returning to their everyday lives. Part documentary, part visual poem, the film responds to local peoples changing relationship with the river over time and the environmental changes that will challenge life along its shores.

Prior to making the film, William Bock spent a year visiting local families and individuals to learn about their connections to the river, their history, and their thoughts about the future.

During his visits, William became interested in the body of silt that coats the estuary. For the artist, the silt represents the accumulated heritage of the communities reliant on the River Shannon.

Through the film, local community members worked together with William to offer a new vision of the landscape and their place within it.

William Bock is an interdisciplinary artist exploring the connections between people and the environments they inhabit. He uses photography, painting, sound recording, performance, and installation to delve into the experiences of living between cultures, landscapes, and identities.

The River Residencies are funded by the Arts Council of Ireland’s Invitation to Collaboration scheme, led by Limerick Arts Office in partnership with the Arts Offices in Cavan, Clare, and Tipperary. The River Residencies are curated by Caimin Walsh and Mary Conlon at Ormston House, as part of the Museum of Mythological Water Beasts (2017-), about, along and on the River Shannon.