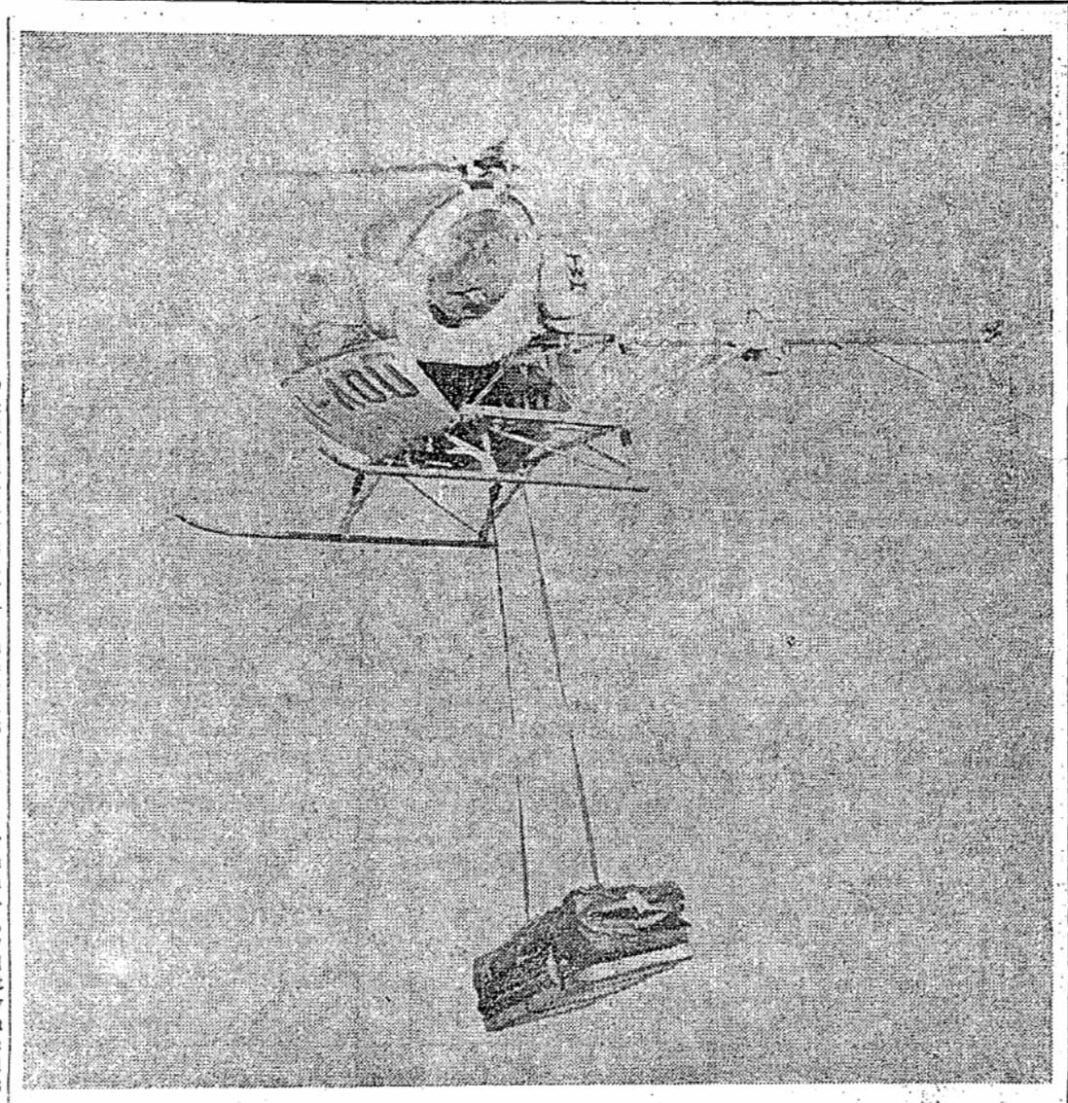 In 1967, an Irish woman who had long emigrated to America had a dying wish to be buried at home on her native island of Inis Meáin. A series of unfortunate events occurred when an attempt was made to transfer her coffin from Shannon by helicopter.

Regular listeners to RTÉ Documentary on One will know that we invite listeners to contact us if they have an idea for story. Back in 2019 a listener from Co. Clare wrote to us about a story from that he remembered making the headlines in April 1967, that has intrigued him for most of his life.

An Irish woman who died in Boston was being brought back to Ireland for burial on her native ground.  Miss Mary Folan emigrated to Boston in 1929 at the age of 18 and had spent most of her life as a nanny for an American family. She died of cancer at the age of 56 and it was her final wish to be buried at home.

The man tasked to bring Miss Folan’s remains back to Ireland and to the remote windswept Aran island was a Cork-born Boston undertaker, Gene Sheehan.  He came up with the idea of transferring the coffin from Shannon airport to the island by helicopter.

Mr. Sheehan said the helicopter arrangements were made to avoid any difficulties involved in the sea crossing to Inis Meáin. As there were no berthing facilities on the island at the time, a transfer by sea would have meant transferring the coffin from a fishing vessel out of Galway to a currach to reach the island, which he said he was reluctant to do at that time of year.

Remains will be removed to Shannon airport, Ireland, by Irish International Airlines, arriving Sunday at 9 am. Casket being transferred to helicopter for flight to Aran Islands for Mass of Requiem and interment on Inishmaan Island.

Out on Inis Meáin the islanders, including Miss Folan’s brother and four sisters, were making preparations and awaiting the arrival of the helicopter.  A grave had been dug for the burial and the local priest was preparing for the funeral mass. White blankets held down by stones were laid out in a field beside the church to act as a landing pad. 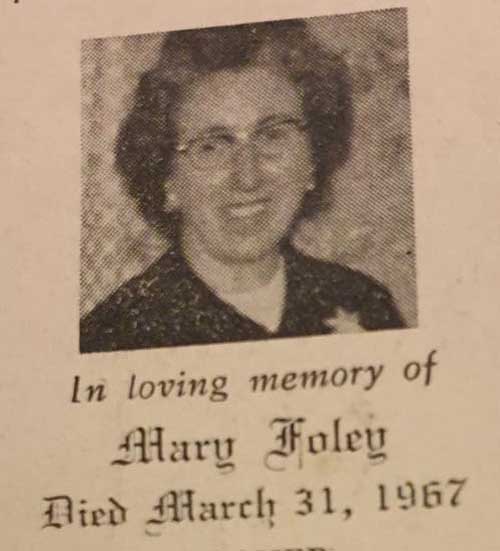 On attempting to transport Miss Folan’s coffin, the unthinkable happened.  The coffin broke away from the sling and fell into a field near a place called, Paradise, Co Clare. But this was only the start of things to come and more unfortunate incidents were to unfold on a second attempt to transfer the coffin.

In Miss Folan’s Last Wish, Sarah Blake from the Doc on One teamed up with Treasa Bhreathnach from Raidió na Gaeltachta to find those connected to this story, in Ireland and beyond, and reveal what happened that led to these events all of fifty-five years ago.

Listen now on rte.ie/doconone or tune in to RTÉ Radio 1, Ireland @ 2pm on Saturday 29th October. 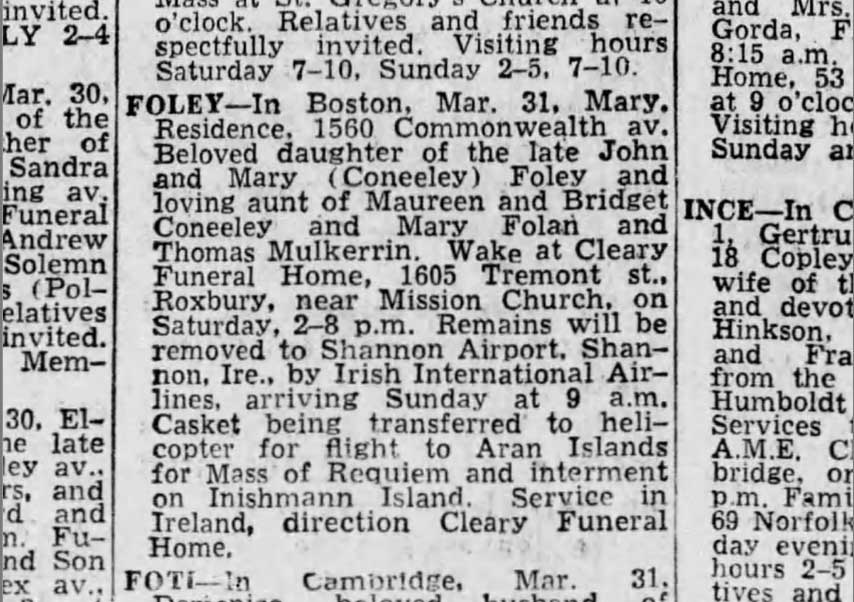