Cyclists from all over the world will gather in Ennistymon this Saturday for the biggest cycling event to take place in County Clare.

This is the 6th year of the SRAC Atlantic Challenge as it continues to grow from strength to strength.

From the rolling hills of the Burren and the Wild Atlantic Way, the location, the route, the scenery is all breath taking and include the 2 climbs of the famous Cliffs of Moher and Corkscrew Hill. 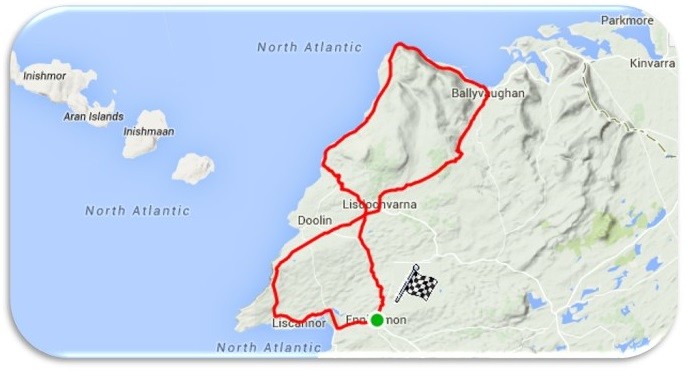 This year there are 2 routes, 80km and 125km, both starting from the Community Centre in Ennistymon at 9am.

Traffic delays are expected along the route between 9 am and 4 pm.