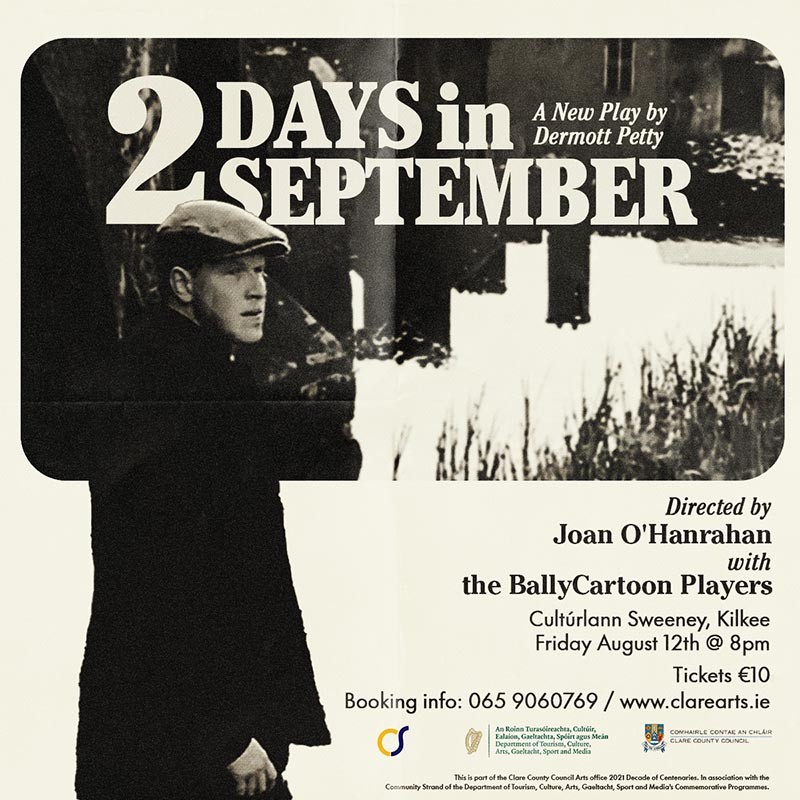 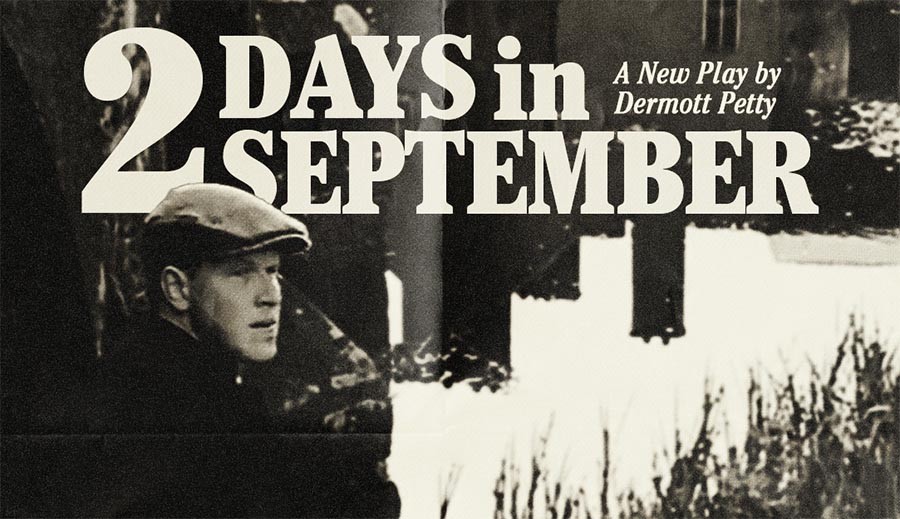 On Friday, August 12th at the Cultúrlann Sweeney Theatre in Kilkee, Co Clare at 8pm, will be a performance of the play ‘2 Days in September’.

Written by Dermott Petty, the new original Play ‘2 Days In September’ is the story of the Rineen ambush, where a British Army convoy was ambushed by Mid Clare Brigade of the IRA.

The aftermath of the ambush saw the revenge sacking, looting and burning of the villages of Ennistymon, Lahinch and Miltown Malbay by the Black and Tans on September 22nd & 23rd, 1920. ’2 Days in September’ is a new play by Clare writer Dermott Petty who was commissioned by the Clare County Council to write the play.

Due to the ongoing Covid pandemic it is not possible to stage the play as it was intended, so instead we are doing a hybrid of Theatre & Film. The play ‘Two Days in September’ will be staged and Directed by Joan O’Hanrahan.

The Music & soundscape will be by composer Barry Dillon, along with contributions by actors, friends and technicians of BallyCartoon Players, our theatre group based in Co Clare.

This play received a Decade of Centenaries Arts Project Awards 2021as part of the Clare County Council Arts office 2021 Decade of Centenaries in association with the Community Strand of the Department of Tourism, Culture, Arts, Gaeltacht, Sport and Media’s Commemorative Programs. ‘2 Days in September’ will be performed on Friday , August 12th at the Cultúrlann Sweeney Theatre in Kilkee, Co Clare, at 8pm.