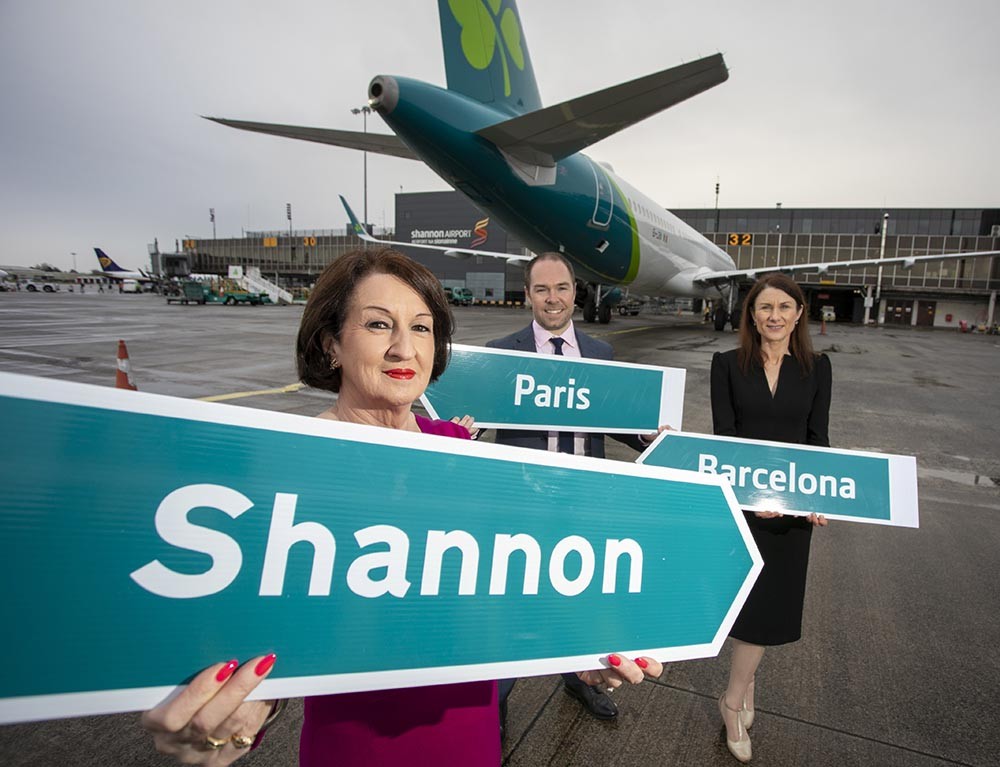 Aer Lingus has confirmed that it will add two new routes to its Shannon schedule from next year.

At a well-attended joint press conference at Shannon Airport this morning, the airline and Shannon Group announced the welcome return of Paris to the airport’s destination list as well as Barcelona from March and May respectively.

There was also a large audience of public representatives, airport board members and staff, Aer Lingus workers as well as other invited stakeholders and guests.

It’s hoped the announcement of two new routes from Shannon next year will provide a platform for Aer Lingus to expand its operation at the mid-west airport.

The new destinations mean that Aer Lingus will now operate nine summer routes from Shannon, up from seven in 2019, as well as a winter-only route to Lanzarote.

Aer Lingus is the largest airline operating at Shannon Airport in Summer 2020 in terms of frequency of services offered. The new routes will see the overall capacity from Shannon for summer – which refers to the number of seats the airline operates out of Shannon Airport – increase by 19%.

“The launch of these two new routes and the investment in two new A321LR aircraft at Shannon is evidence of the strong partnership we have with Aer Lingus. This development is a major advancement in our promise to connect our airport and the West of Ireland to a growing number of global destinations, helping us to make this region a thriving, connected place.”

She continued: “This announcement today, against the backdrop of a very challenging aviation market is a testament to the hard work and dedication of our Airport Route Development team, who have worked very closely with Aer Lingus over the past year to secure these additional services for this region. Together, our Group is excited about working with Aer Lingus and our stakeholders, to ensure these services are a success for the region, recognising the key role they can play in supporting FDI, tourism and our indigenous enterprise sector.”

Reid Moody, Chief Strategy and Planning Officer of Aer Lingus said: “We are delighted to illustrate our continued commitment to the Shannon region today by announcing two exciting new routes from the airport for summer 2020. The addition of both Paris and Barcelona to our schedule brings Aer Lingus’ network in Shannon up to nine routes during summer 2020.

“Our ambition for the future is underpinned by a profitable, sustainable short-haul network supported by our guest-focused brand and digitally-enabled value proposition. These new routes offer new business and leisure opportunities for Shannon, as well as providing fantastic inbound tourism opportunities for the region for visitors from both cities. This announcement illustrates our ambition for Shannon in the coming years.”

Said Shannon Group Chairman Rose Hynes: “This is a really positive announcement for Shannon Airport and the region.  Paris Charles de Gaulle and Barcelona are among the top five destinations in Europe. These services will see Shannon grow passengers again in 2020 and sends a very clear message to the market that Shannon is very much open for business.”

Andrew Murphy, Managing Director Shannon Airport, further added “We are delighted with this news today and we will be working very hard with the airline, Tourism Ireland and other stakeholders to ensure the new routes are successful. A priority now is to do what we can to ensure the public supports these new routes and get to enjoy the ease of using Shannon Airport in the process.  This would then give Aer Lingus a platform to consider doing more from Shannon in the future.”

The French consul in Limerick Dr Loïc Guyon said: “The announcement is excellent news for Shannon Airport and mid-west region and is a significant step in making Shannon Airport the European hub that the region needs. It shows that Aer Lingus and Shannon Airport are fully aware of the strategic importance of the mid-west region for strengthening the economic ties between France and Ireland. It will generate new opportunities for businesses and the tourism industry in the region.”

The carrier will host a press conference at the airport tomorrow morning when senior executives are expected to confirm plans to fly from Shannon to Paris Charles De Gaulle and Barcelona for the summer months.

The announcement will provide a welcome boost in passenger numbers of the airport which has suffered adversely from the world-wide grounding of Boeing’s 737MAX series jet.

It’s believed Aer Lingus will confirm a four times weekly service to Paris and three flights a week to Barcelona. 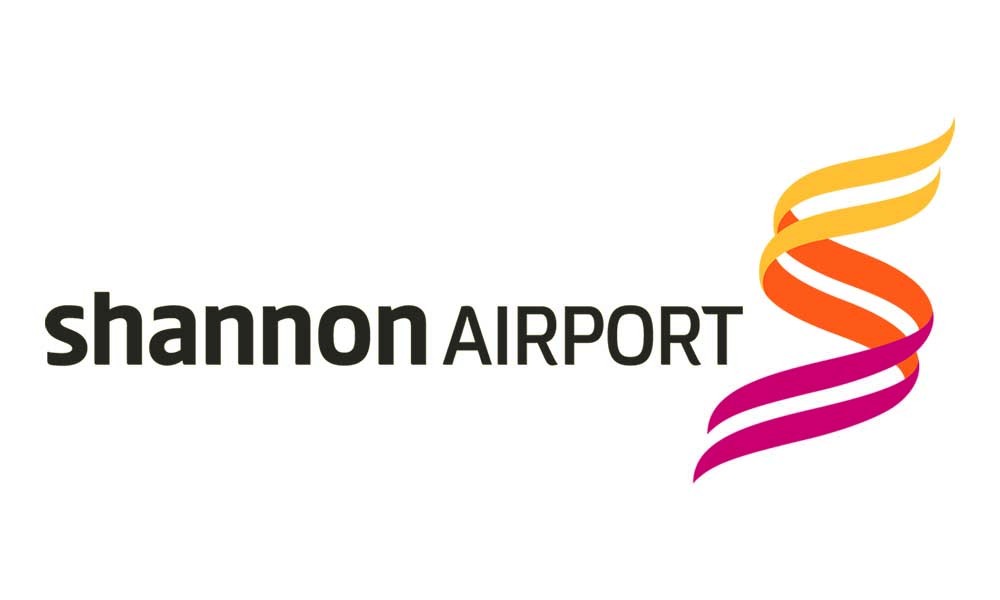 The new routes will supplement a scheduled which already includes London Heathrow, Malaga, Lanzarote, New York and Boston as well as Birmingham and Edinburgh which are operated by Stobart Air as Aer Lingus Regional.

This latest expected announcement follows recent confirmation that Lauda Air, a subsidiary of Ryanair, will fly twice weekly from Shannon to Vienna from next year.

See the full list of routes from Shannon Airport.