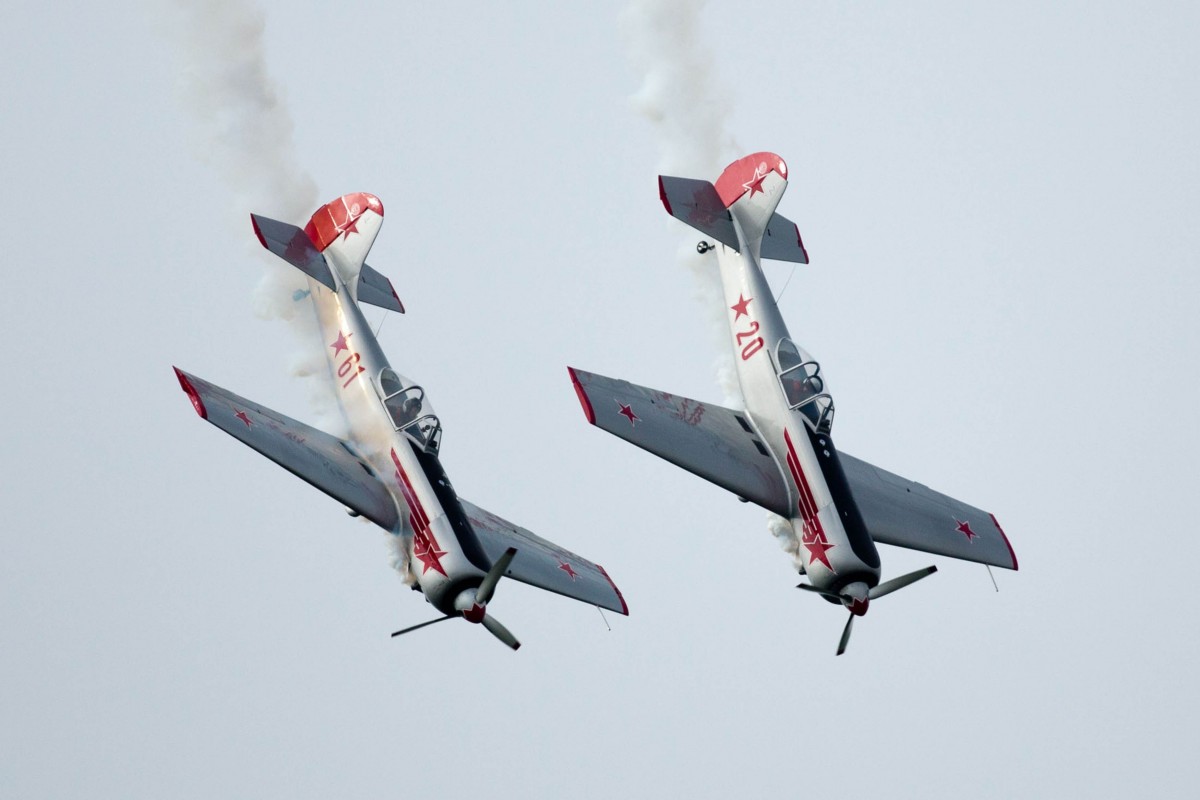 The Foynes Air Show has been cancelled due to the unavailability of a main sponsor.

In the last two years the Limerick air show, which attracted thousands of spectators to the west Limerick village, was worth more than three quarters of a million euro to the local economy.

The popular event had grown to include internationally renowned acts and iconic aircraft, as it became part of the Irish Aviation Authority’s (IAA) Aviation Ireland weekend, along with the Bray Air Display.

However in December 2018 the CEO of the IAA wrote to the Foynes Air Show organising committee to inform them that the IAA has reviewed its policy on Corporate Social Responsibility, and decided to focus its CSR activities in a different area, namely “targeted education and awareness programmes and opportunities”.  As a result it would not be in a position to be a major supporter for this year’s air shows.

Acknowledging the value of the Foynes Air Show to the “Irish tourist product”, aviation enthusiasts, the local community and the economy, the IAA said it was willing to endorse the event and would be disappointed if it was unable to go ahead.

Margaret O’Shaughnessy, Foynes Air Show Festival Director said, “We are extremely disappointed that the Foynes Air Show cannot go ahead this year. Despite our best efforts, we were unsuccessful in identifying a new main sponsor in the short timespan open to us since the announcement in mid December that the IAA was concentrating its CSR elsewhere.

“The disappointment has been compounded by the fact that this year is a big year for the Foynes Flying Boat and Maritime Museum as it celebrates its 30th birthday on July 8, and we also mark the 80th anniversary of the first commercial passenger flight over the North Atlantic this year. A more grounded celebration of these momentous events will however go ahead, with a donation of €10,000 from the IAA for which we are grateful.”

“In the meantime we are coming to terms with a summer without the very popular Foynes Air Show for the first time in six years. Last year was the fifth year of the event, with the IAA coming on board for the last two years, making Foynes Air Show the largest and most successful along the Wild Atlantic Way,” said Ms O’Shaughnessy.

“Attracting tens of thousands of visitors, including the Taoiseach, the Foynes Air Show was estimated to be worth more than €750,000 to the local economy last year alone.”

“While we have received some public money with Fáilte Ireland announcing sponsorship of €7,000 and Limerick City and County Council pledging €20,000 for 2019, we relied mainly on private sponsorship,” she added.

“We are bitterly disappointed that the air show is not going ahead this year, but we remain eternally grateful for the support we received over the last five shows, including the support of our many sponsors which included the Shannon Foynes Port Company, Limerick City & County Council, Shannon Airport, Fáilte Ireland, Avolon and many other aviation companies, local industry and businesses. To our loyal sponsors who already indicated support for this year, we say thank you, and share in your disappointment that the show will not be going ahead.”

“We would like to acknowledge and thank the IAA and  many agencies that have given us great support over past five years including the gardaí, civil defence, Red Cross, search and rescue organisations, ATC Shannon, and Foynes Fire Brigade. The Foynes Air Show would not have been the success it was without their support and the expertise of event management company Approved Productions, the Air Show Director David Fielding, the many aerobatic pilots – local and international including our own Board Director, Gerry Humphreys, and of course the local community,” she concluded.