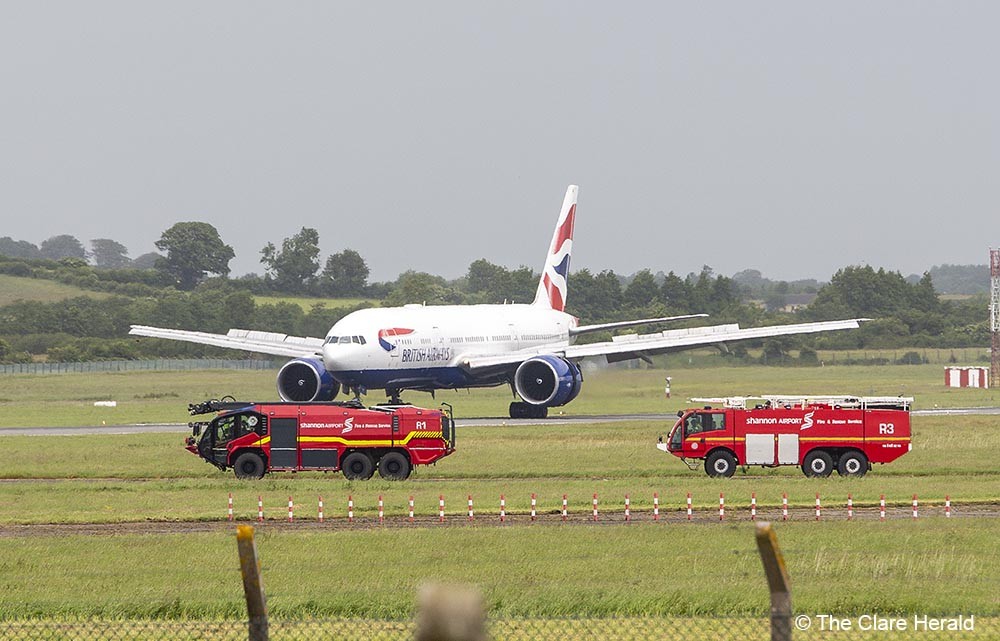 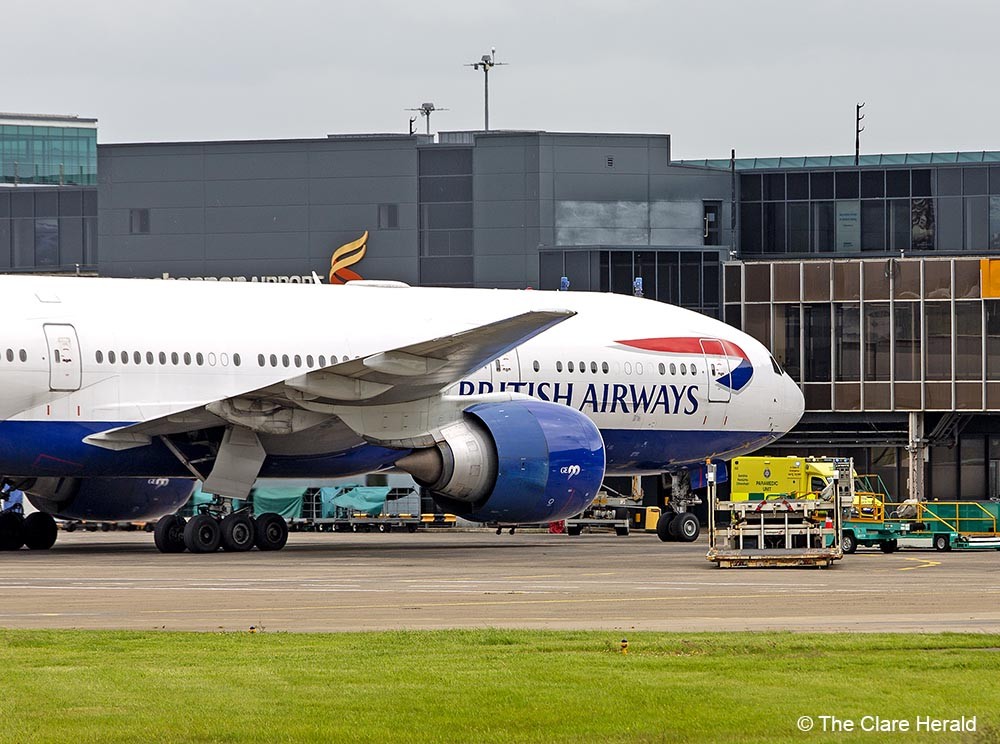 A transatlantic flight has diverted to Shannon Airport this afternoon after the crew declared a medical emergency.

British Airways flight BA-185 was travelling from Heathrow Airport in London to Newark in the U.S. state of New Jersey at the time. There were 197 passengers and a crew of 12 on board the Boeing 777-200(ER) jet.

The flight was about 350 north west of Ireland when the crew declared a medical emergency, turned around and entered a holding pattern for about 30 minutes before routing towards Shannon. The flight also requested permission to dump aviation fuel to ensure they touched down within safe landing weight limits.

The flight landed at 2.03pm and was met on arrival by Shannon Airport’s Fire and Rescue Service. It’s standard procedure for fire crews to be placed on standby at strategic locations adjacent to the runway when an aircraft diverts to Shannon after dumping aviation fuel.

Fire crews followed the aircraft to the terminal and remained nearby while a fire officer checked to ensure the jet’s braking system didn’t overheat during the emergency landing.

The aircraft taxied to the terminal building where it was met by National Ambulance Service paramedics and airport authorities. The patient was assessed and stabilised at the scene before being transported to University Hospital Limerick for further treatment.

In accordance with security procedures, the aircraft couldn’t resume its journey to the U.S. until the passenger’s baggage had been removed from the aircraft. The flight continued to its destination at 3.30pm after the aircraft was refuelled and the crew received a new flight plan.

There are no details available about the patient’s condition.