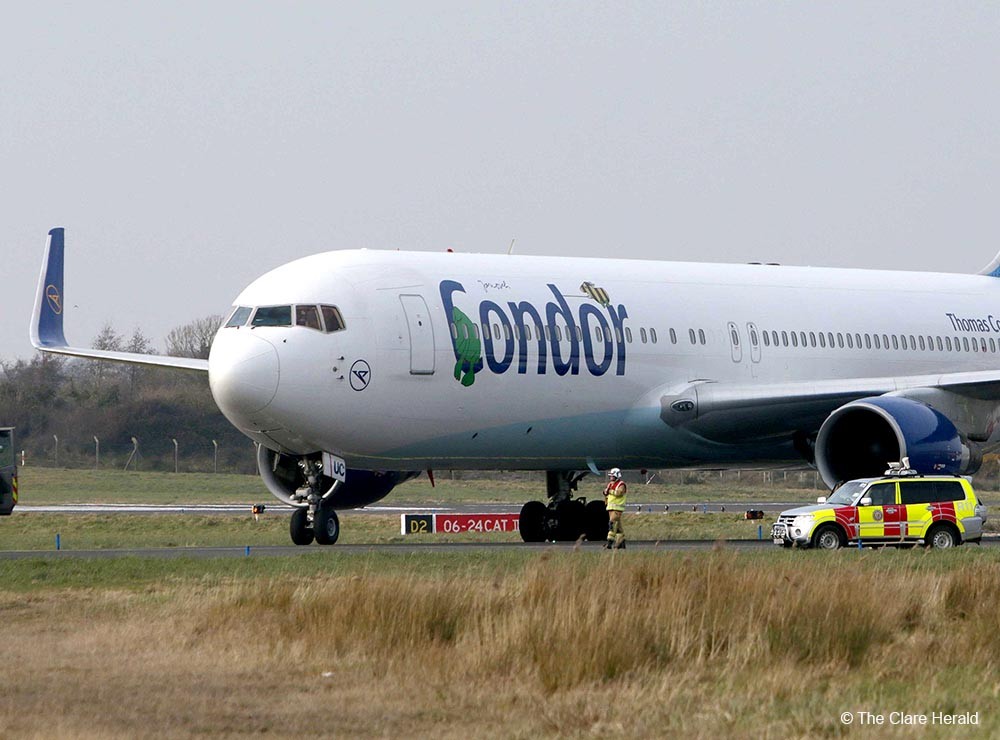 A German politician has died in hospital after the transatlantic flight on which she was travelling diverted to Shannon Airport early on Sunday morning.

53-year-old Karin Strenz, a member of the German federal parliament – the Bundestag – was travelling on a flight from Cuba to Germany when she suddenly fell ill. She is understood to have been accompanied by her husband at the time.

Condor flight DE-199 was en route from Varadero in Cuba to Frankfurt, Germany when the crew declared a medical emergency while the flight was still west of Ireland. The crew reported they had a female passenger on board who had fallen ill.

The pilot requested clearance to divert to Shannon Airport asking that emergency medical services be on standby for their arrival. It’s believed that a number of medical professionals on board treated the woman who is thought to have suffered a possible ‘cardiac incident’.

The Boeing 767-300 jet landed safely in Shannon at 7.36am and was met at the terminal by airport personnel, National Ambulance Service paramedics and Gardaí.

The woman was treated at the airport before being rushed by ambulance to University Hospital Limerick where she later died. A post mortem examination is expected to be carried out while a coroner’s inquest will be held at a later date.

The flight later continued to Frankfurt.

Ms Strenz represented the northeastern state of Mecklenburg-Vorpommern in The Bundestag for Angela Merkel’s CDU party.

This is such a sad story. Our condolences & sympathy are with the family of Mrs Karin Strenz, her husband in particular, and to all her colleagues in the German Parliament and CDU Party. ⁦@dfatirl⁩ ⁦@GermanyDiplo⁩ https://t.co/Q99yW0aaj4