The first Clare person to summit Mount Everest will be honoured by the Clare Association in Dublin next year when he’ll be name Clare Person of the Year 2018.

Hotelier, mountaineer and charity activist John Burke will be recognised for his Everest achievement as well as his efforts to promote and provide mental health wellness programmes for young people through his charity Elevate.

Mr Burke will be formally awarded his accolade at the Association’s Annual Dinner Dance which will be in Dublin in April.

Earlier this year, Irish Coast Guard hero Catríona Lucas, who was the first Coast Guard volunteer to lose her life in active service, was posthumously name Clare Person of the Year 2017.

Last April, John Burke and his wife, actress Aoibhín Garrihy, travelled to Nepal as part of a group of six from Co Clare. The team took 9 days to reach Everest Base Camp before John said farewell to the group and set off on the next phase of the ascent.

The paperback, which is now on sale for €10, features 112 pages of articles featuring John Burke, Dr Brendan O’Regan, Stockton’s Wing, Clare’s historic Munster Football Final win of 1992 and many others. 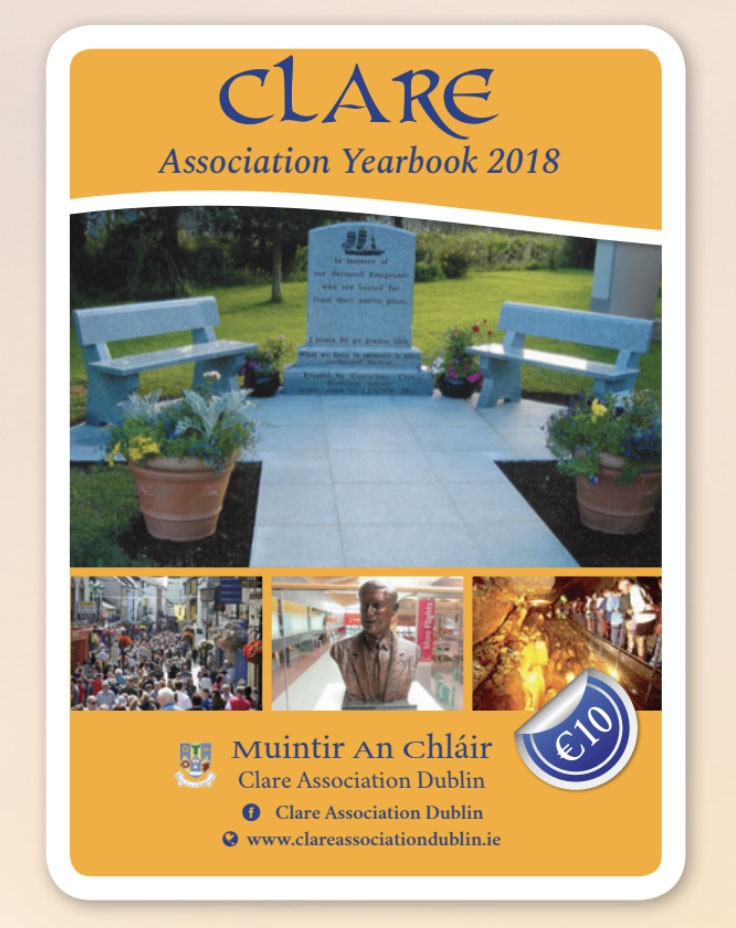 About Muintir an Chláir

Clare Association Dublin was re-constituted in 1959 and has functioned continuously ever since. The Association is a non-political and non-sectarian representative body of Clare people resident in Dublin and its outlying areas.

The association aims to bring Clare people in the capital together, to create links with Clare people further afield and to render, where possible, aid and co-operation to worthy undertakings, objects and causes in or associated with County Clare. Their principal activities are the conferring of the Clare Person of the Year Award which is presented at our annual dinner dance and the publication of our yearbook which has been published continuously since 1979.