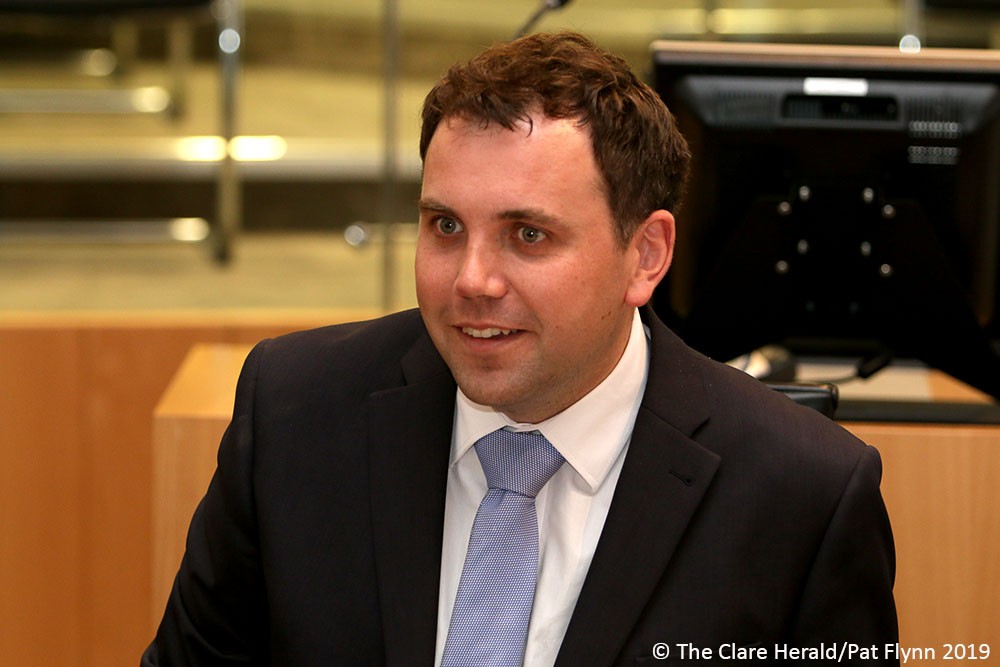 The Mayor of Clare has said he will boycott the national commemoration service for the Royal Irish Constabulary (RIC) on January 17th branding it, ‘a step too far.’

The Government has confirmed plans to commemorate those who served in the RIC and the Dublin Metropolitan Police prior to Irish independence. Both groups were disbanded in 1922 following the signing of the Anglo-Irish Treaty.

The event, which will be held at Dublin Castle, will be attended by the Minister for Justice Charline Flanagan and Garda Commissioner Drew Harris. However, the Fianna Fáil Mayor of Clare has said he will not attend the event.

Mayor Cathal Crowe said: “As Mayor of Clare I was invited to attend the event by the Minister of Justice. In the main, I think all of the government’s state commemorations have been apt and tasteful but I see the commemoration of the RIC as a step too far.

I studied it for 4 years at the University of Limerick and blog regularly about local history on my social media pages. I am also a committee member of a War of Independence commemoration committee in my home parish of Meelick-Parteen.”

Mayor Crowe added: “I don’t hold any ill feeling towards the individual men who served in the RIC Division of Clare – many of them were decent people who were guided by the their strong civic and law-abiding principles. I do however think it’s wrong to celebrate and eulogise (I consider “commemorate” to be a verb with positive connotations) an organisation that was the strong-arm of the British state in Ireland.

The RIC joined army and auxiliaries (Black & Tans) in search parties and raids that resulted in our country-people being killed / tortured or having their homes torched. In the 1800s the RIC were present with battering rams as poor Irish tenants were forcefully evicted from their ramshackle homes.”

“A further issue I have with the state commemoration is that An Garda Síochána will be central to the entire event. The guards have my full and upmost respect but I don’t believe that historically or ethically they should seek to claim any form of descent from the RIC. The Irish defence forces see themselves as a totally distinct organisation from the British army.

I honestly believe that Ireland, her government and her people have thus far sensitively commemorated all of the seminal events of the Decade of Centenaries but commemorating the RIC is definitively an overstretch. It’s also historical revisionism gone too far,” Mayor Crowe added.