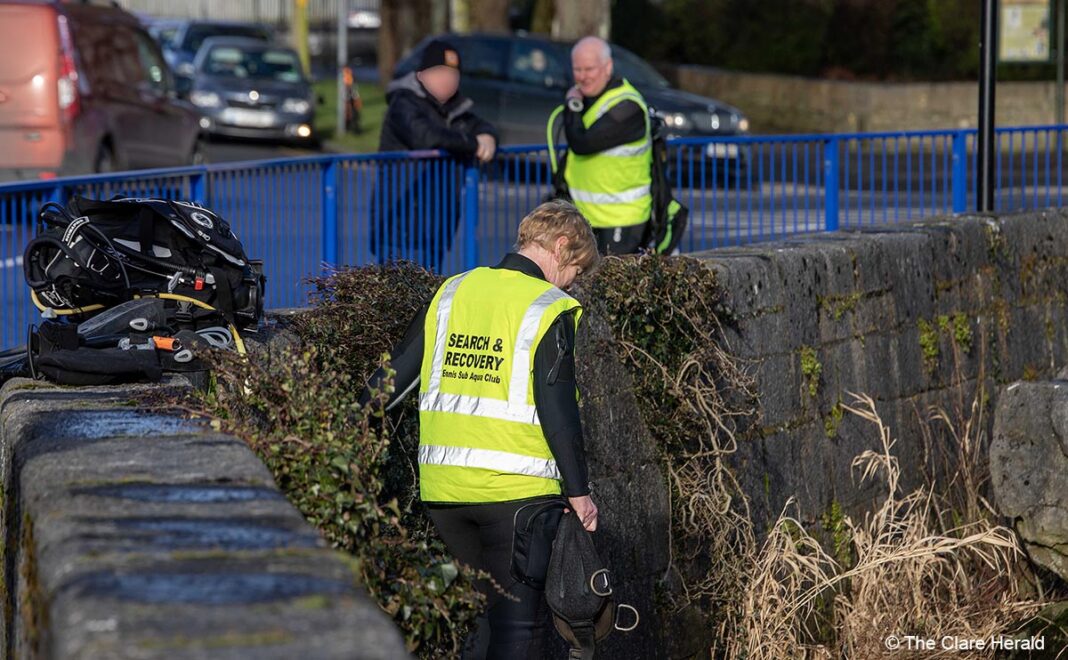 NewsCommunity and VoluntarySearch and Rescue

With no trace of either missing man being found, the search was called off for the day. The search operation is due to resume on Saturday morning.

Clare Civil Defence volunteers carried out further searches for both missing men including along the riverbank at Parnell Street/Woodquay carparks.

The search for two people feared lost in a river in Co Clare following separate incidents resumed this afternoon.

A multi-agency search and rescue operation was mounted shortly before 5.30pm on Tuesday after emergency services were alerted by passers-by who spotted a man in the water.

Units of Clare County Fire and Rescue Service from nearby Ennis station including specially trained swift-water rescue technicians (SRTs) were mobilised along with Clare Civil Defence, the National Ambulance Service and Gardaí. Members of the Doolin unit of the Irish Coast Guard were also tasked to the scene.

The operation was stood down at around 7.00pm when there was no sign of the man.

A further search of the river is expected to take place this afternoon with divers from Ennis Sub Aqua Club’s Search and Recovery Unit carry out a search of the river. They were supported by  Clare Civil Defence volunteers who transported them up and down the river by boat.

Meanwhile, Clare Civil Defence personnel undertook searches of the same river for another man feared to have entered the water at the weekend.

A search was first mounted on Sunday evening for the man in his 60s when he hadn’t return home and his family became concerned for his wellbeing. After Gardaí had secured CCTV footage from local houses, it was established that he left his home shortly after 7.30pm.

Gardaí requested additional assistance from the Irish Coast Guard who dispatched the volunteer unit from Kilkee station as well as the Shannon-based search and rescue helicopter. Rescue 115 carried out a search of the area but was forced to abandon the effort because of poor visibility. The search was later stood down for the night. 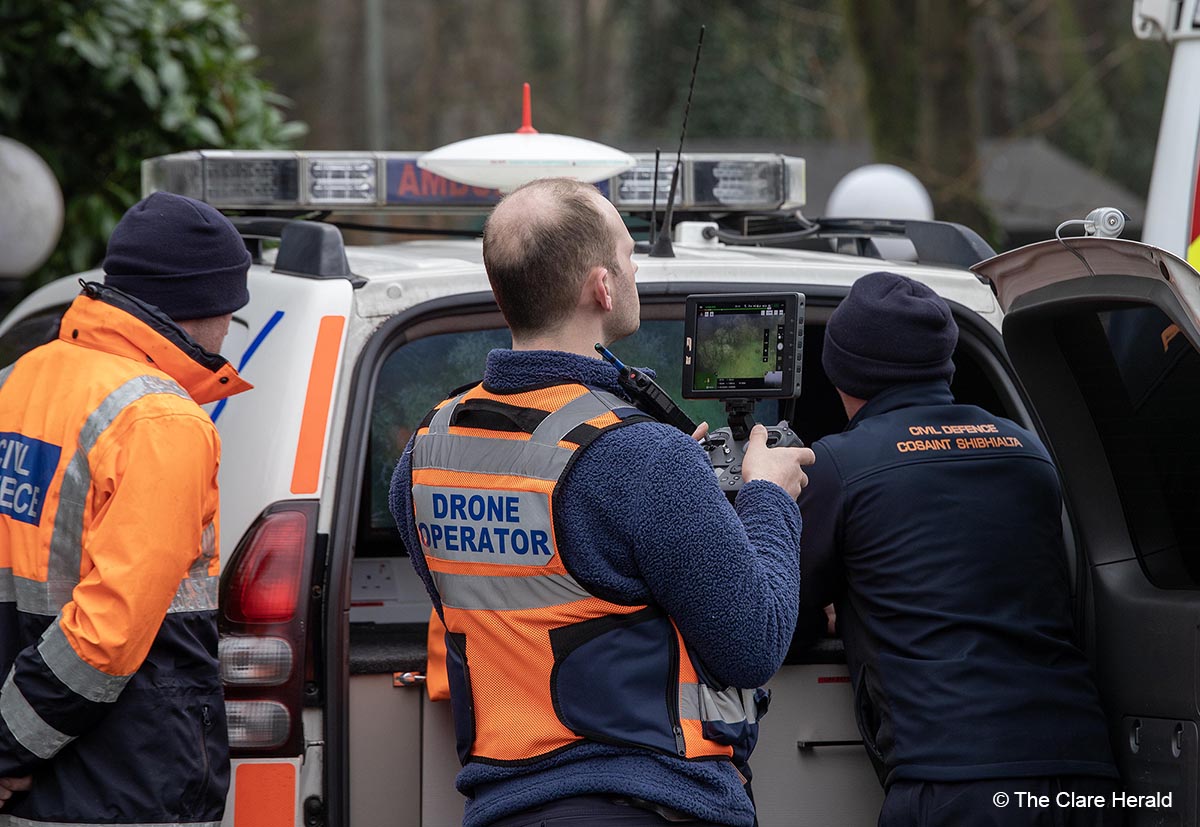 On Monday at first light, volunteers from Clare Civil Defence commenced ground searches in the area around the missing man’s home. The team also launched unmanned aerial vehicles (UAVs) in an effort to locate the man. The drones, fitted with thermal imaging cameras, can cover a large area quickly especially woodlands where the terrain may be difficult for ground search teams.

During the morning, neighbours, friends and work colleagues of the man also joined the search. A second drone team from Galway Civil Defence joined the operation which by then had move to the Cahercalla area of the town.

Later in the day, additional security camera images were secured which showed that the man had walked into Ennis town and towards carpark adjacent to the River Fergus.

When this information became available, Clare Civil Defence volunteers launched two boats on the river on Tuesday morning and carried out a comprehensive search but found no trace of the man. 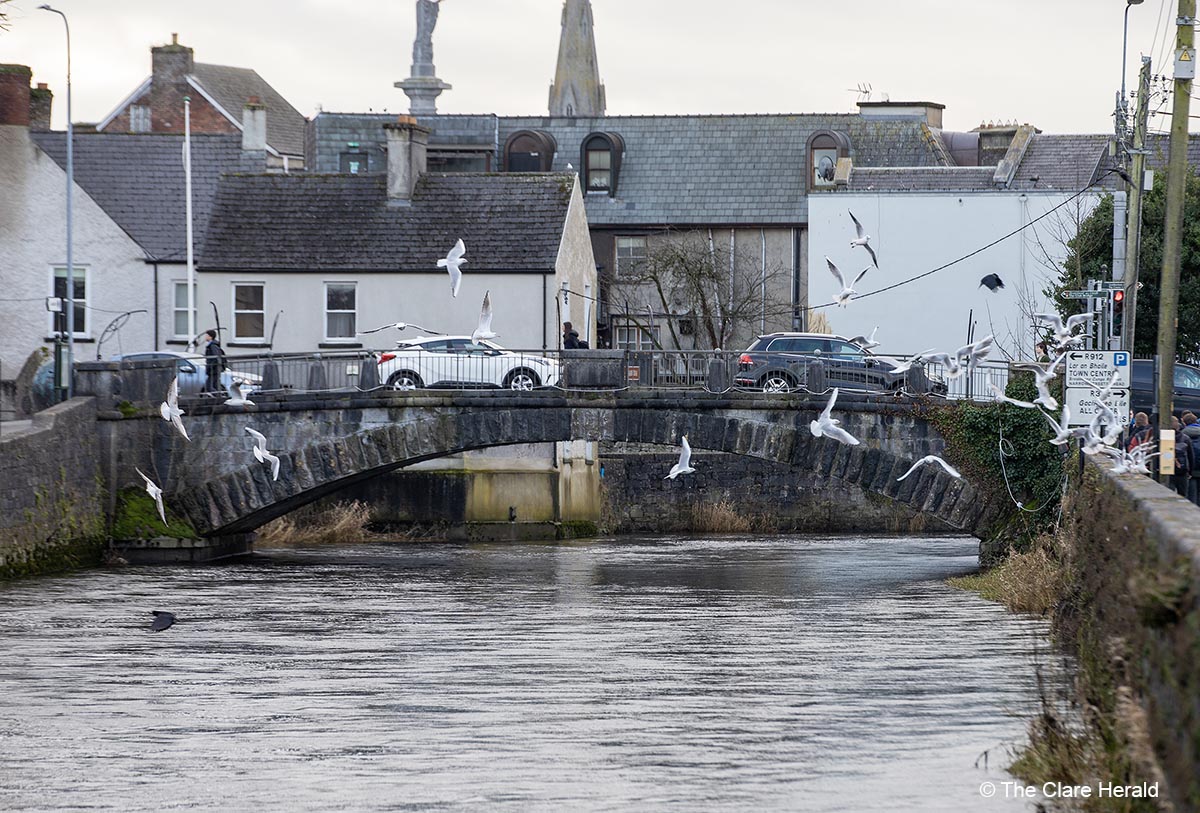