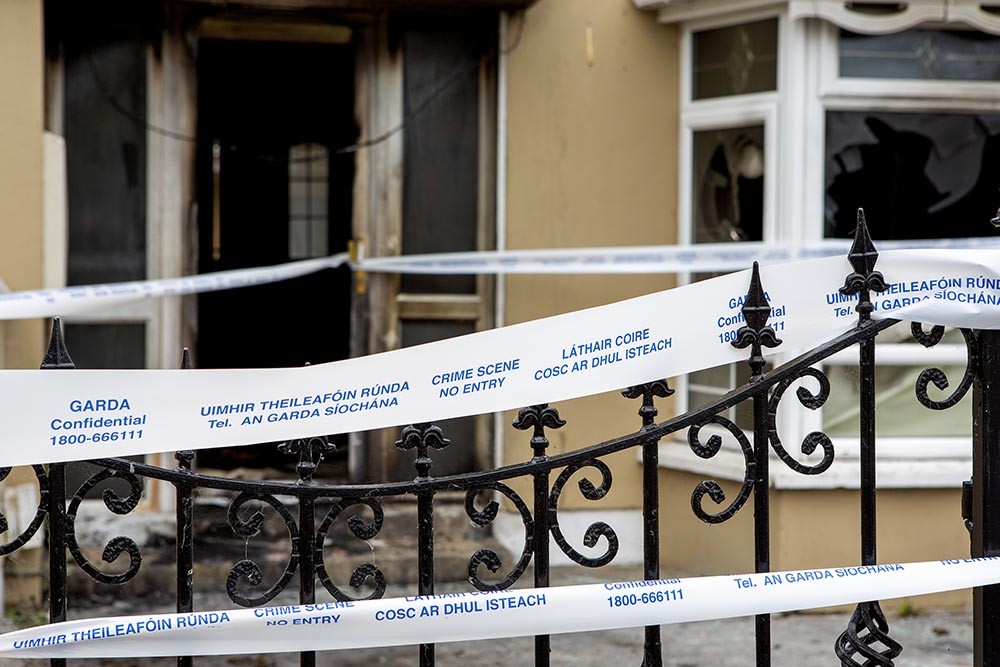 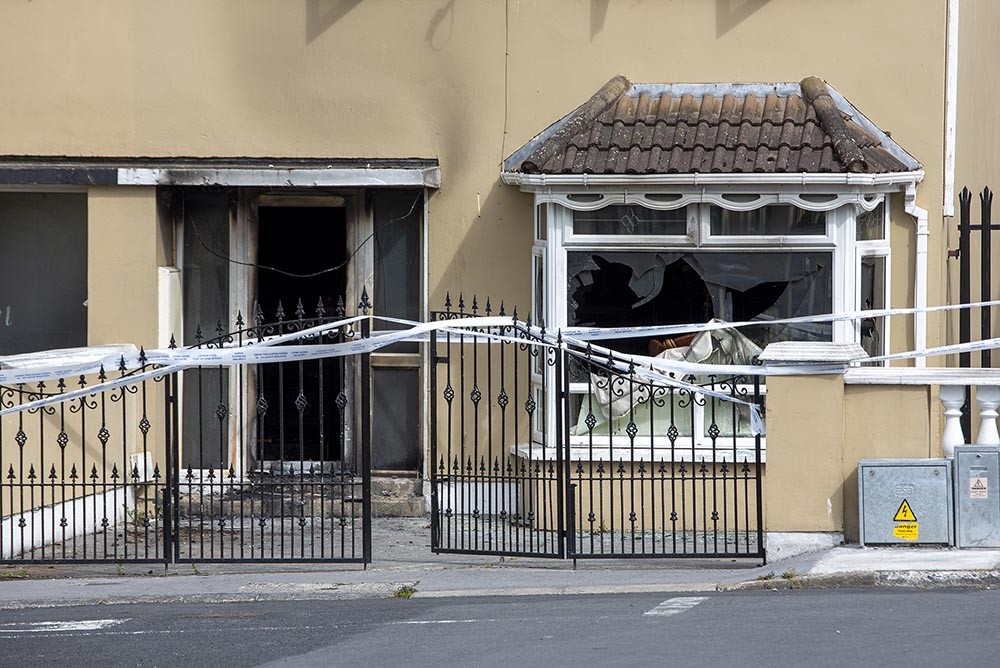 Gardaí are investigating the circumstances of a suspicious fire at a house in Ennis early this morning.

The blaze was reported at the house on Childers Road in the Cloughleigh area at around 1.00am. It’s understood there were no persons in the house at the time.

Units of Clare County Fire and Rescue and Service from Ennis station responded to the scene and quickly began tackling the blaze. Gardaí and ambulance paramedics also attended the incident.

It’s believed that the property was targeted by a group of men who smashed windows in the sitting room and front door area before, what’s believed to be a petrol bomb, was thrown into the hallway.

A video later appeared on social media which appears to show the attack being carried out.

Extensive damage was caused to the hallway, front door area and sitting room. The remainder of the property also suffered smoke damage. The occupants of an adjacent property were evacuated from their home while firefighters tackled the blaze. 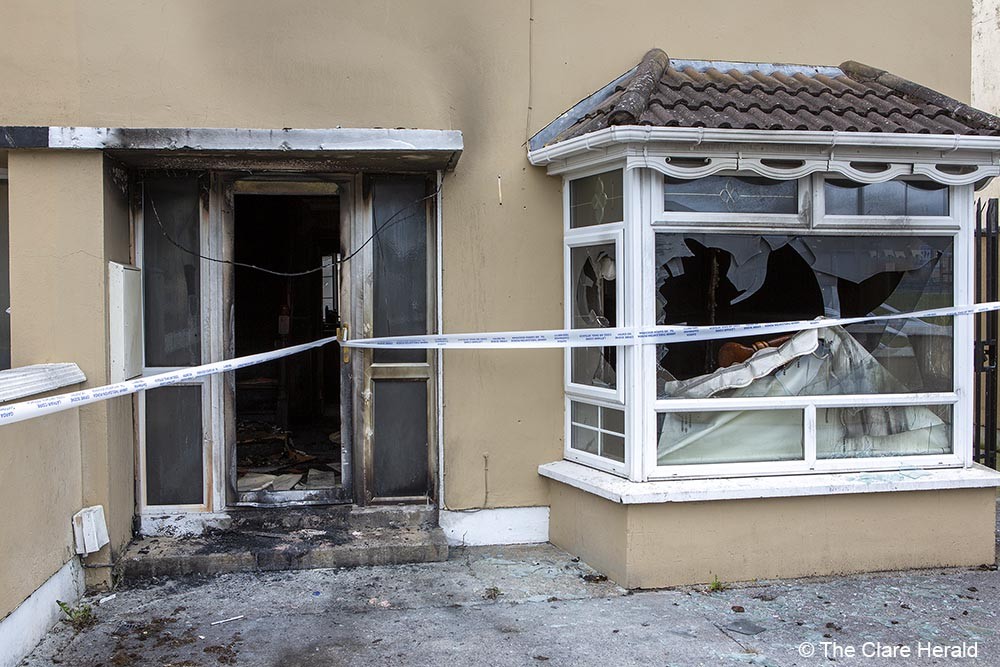 A Garda spokesperson confirmed: “Gardaí are investigating a suspected criminal damage by fire incident that occurred at approximately 1:00am on Tuesday 14th June, 2022, at a vacant residence in Cloughleigh, Ennis.

No injuries were reported. No arrests have been made at this time. Investigations are ongoing,” Gardaí added.