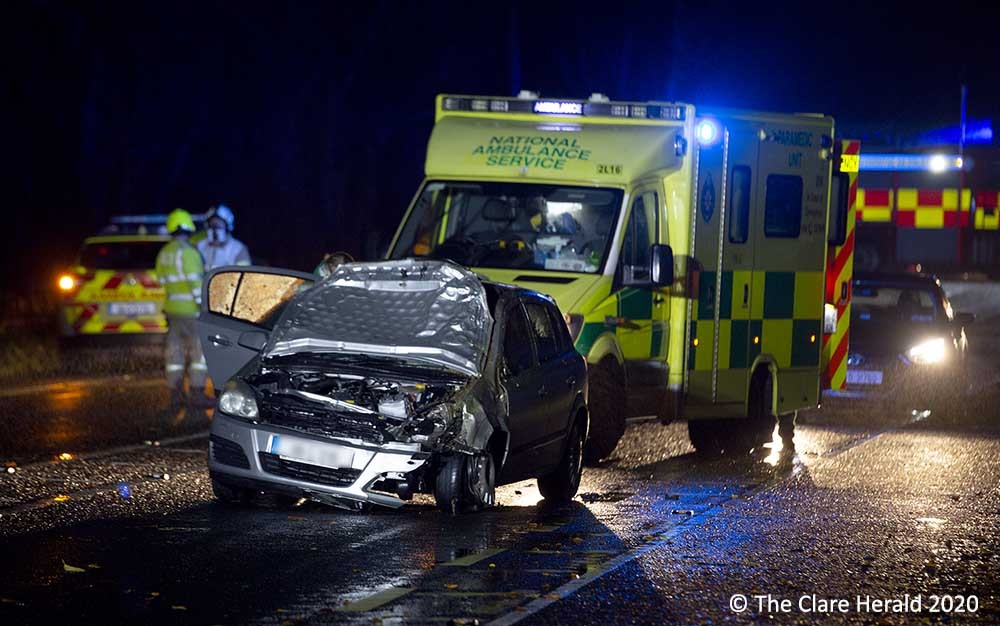 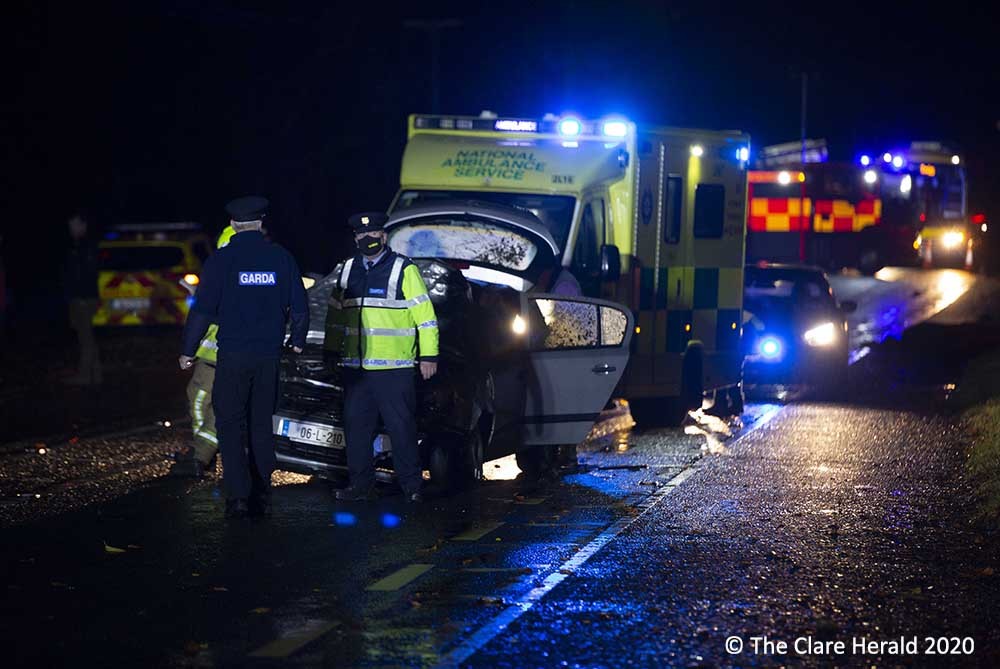 A mother and her young baby had a lucky escape after her car collided with two wandering horses in Co Clare this evening.

As many as ten animals had been reported loose on a badly lit section of the old N18 Limerick to Galway road near Clarecastle earlier. The collision occurred at around 5.30pm at Carnelly on the R458. The woman was travelling towards Ennis when the incident occurred.

It’s understood that the car collided with two horses killing one and leaving the other seriously injured on the road. Locals and passing motorists ran to help the woman while emergency services were alerted.

An ambulance and rapid response advanced paramedic unit responded to the call along with several units of Clare County Fire and Rescue Service from Ennis station. A number of Garda patrols also attended the incident.

On arrival, emergency services found one horse dead on the side of the road while a second animal was found lying seriously injured and in a distressed state. Emergency services personnel were advised to remain clear of the agitated animal for their own safety. The animal was too badly hurt to be saved so a vet had to be called to deal with the horse. 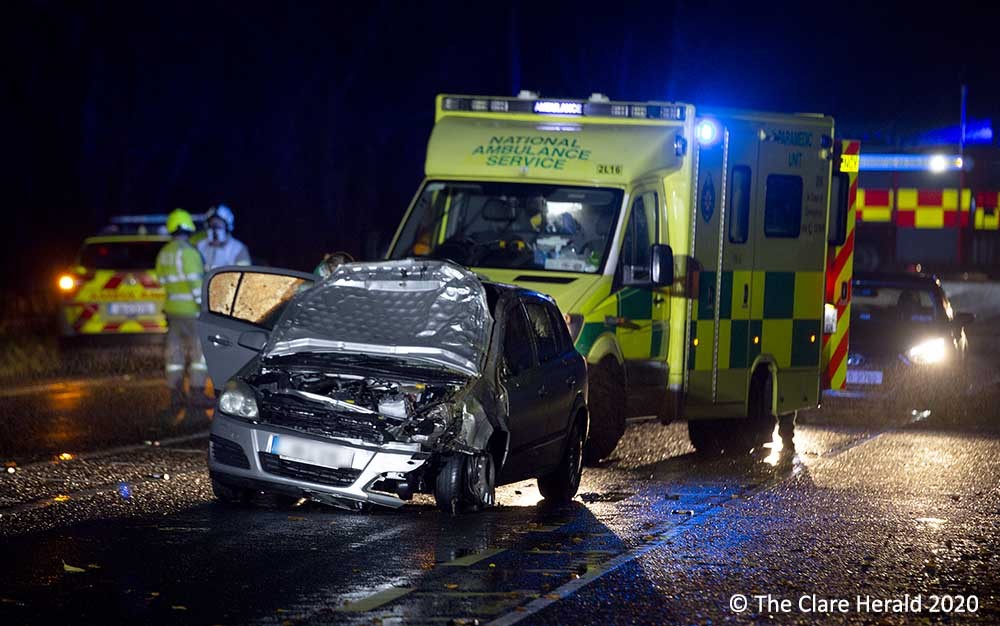 Fire crews used their appliances to block the route from both directions and diverted traffic away from the scene so emergency crews could safely deal with the incident.

The woman and her four-month-old baby were lucky to escape injury and were assessed at the scene by National Ambulance Service paramedics. They were transported to University Hospital Limerick for assessment as a precaution.

A Garda spokesman confirmed and investigation into the incident has been launched and that efforts to identify the owner of the horses are continuing. It’s understood the animals were also scanned at the scene to see whether they were chipped.

The spokesman added: “The mother and child were taken to hospital as a precaution. Gardaí are investigating this collision and would appeal to anyone who witnessed the collision, or has any information about who might own the horses to contact Ennis Garda station on 065 6848100.”