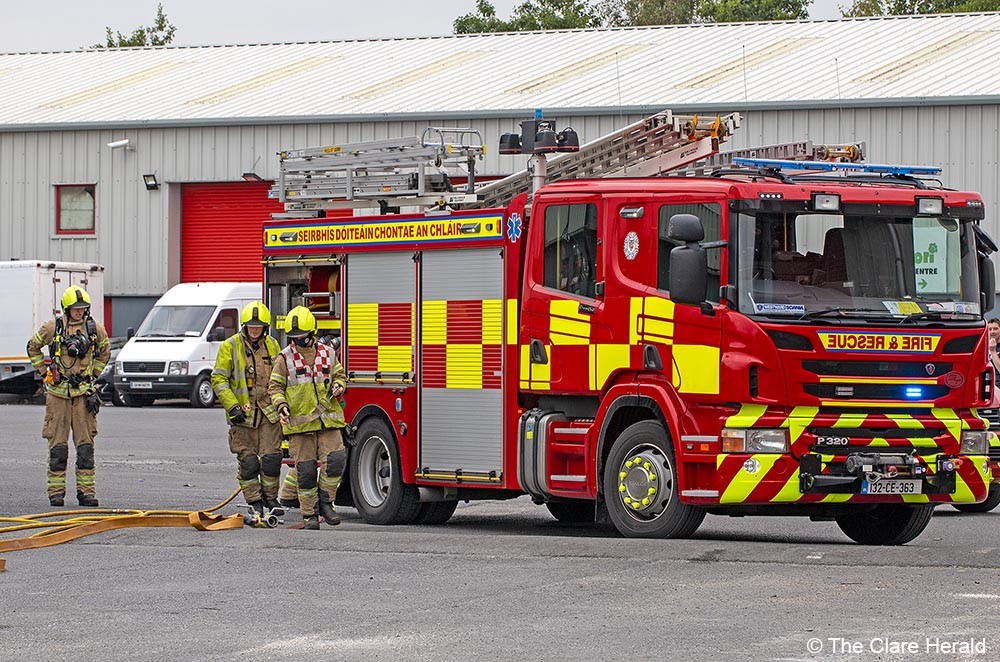 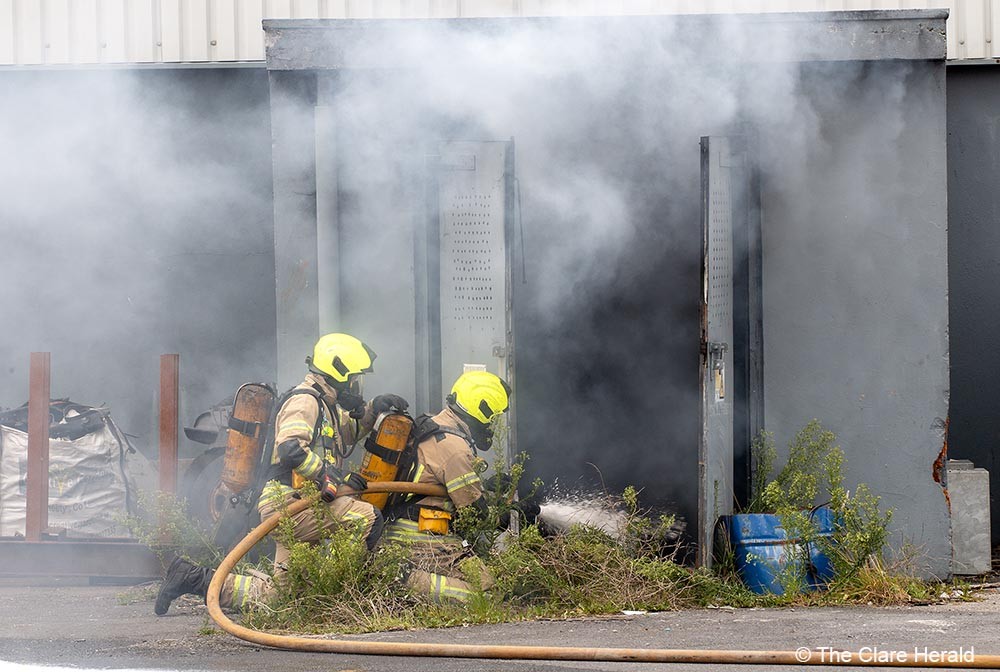 Fire crews have dealt with a fire at an ESB sub-station on the outskirts of Ennis this afternoon.

An explosion and fire were reported at the building in the Doora Industrial Estate at around 1.30pm. Workers reported hearing a large bang and seeing smoke billowing from the concrete structure.

Two units of Clare County Fire and Rescue Service from Ennis station responded to the incident along with Gardaí. On arrival, firefighters could see thick smoke being emitted from the building above its metal doors where a gap is believed to have been created by the explosion.

Firefighters were however unable to open the doors and tackle the blaze until ESB Networks engineers were contacted and arrived at the scene. ESB crews also had to disconnect power from the local area before firefighters could safely approach the building. 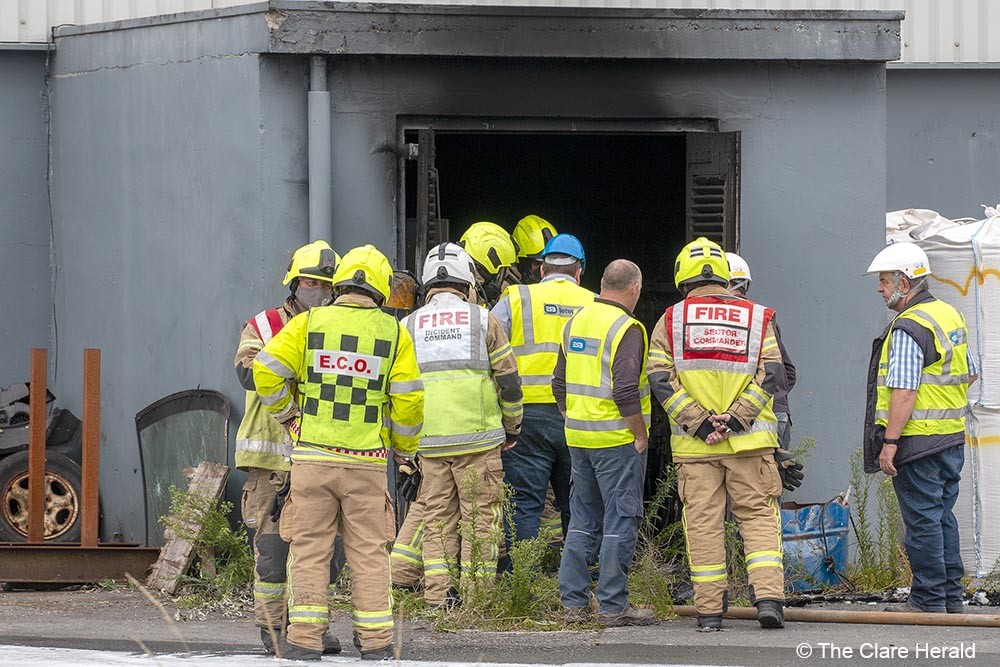 When cleared to do so, fire service personnel wearing breathing apparatus were able to unlock the metal doors and begin fighting the fire use foam.

The ESB’s Powercheck facility had initially indicated that 273 customers had been affected by the resulting outage. By 4.15pm, that figure had been revised down to 47. As of 5.00pm, it was confirmed that as many as 40 customers will be without power overnight.

Engineers are at the scene working on restoring power local businesses and other customers. An ‘estimated restore time’ of 5.30pm has been indicated.

An ESB Networks statement confirmed: “A fire occurred at a MV unit substation at Doora Industrial Estate on the Quin Road in Ennis this afternoon. Emergency services were notified immediately and ESB Networks crews mobilised to secure the site and all infrastructure.

More than 300 customers were initially impacted with a majority having their power restored by this afternoon. Due to the damage caused to some of the infrastructure, 40 customers will remain without power overnight.

ESB Networks crews remain on site to carry out the repairs and to investigate the cause of the fire. ESB Networks apologies to all customers for the obvious inconveniences caused.” 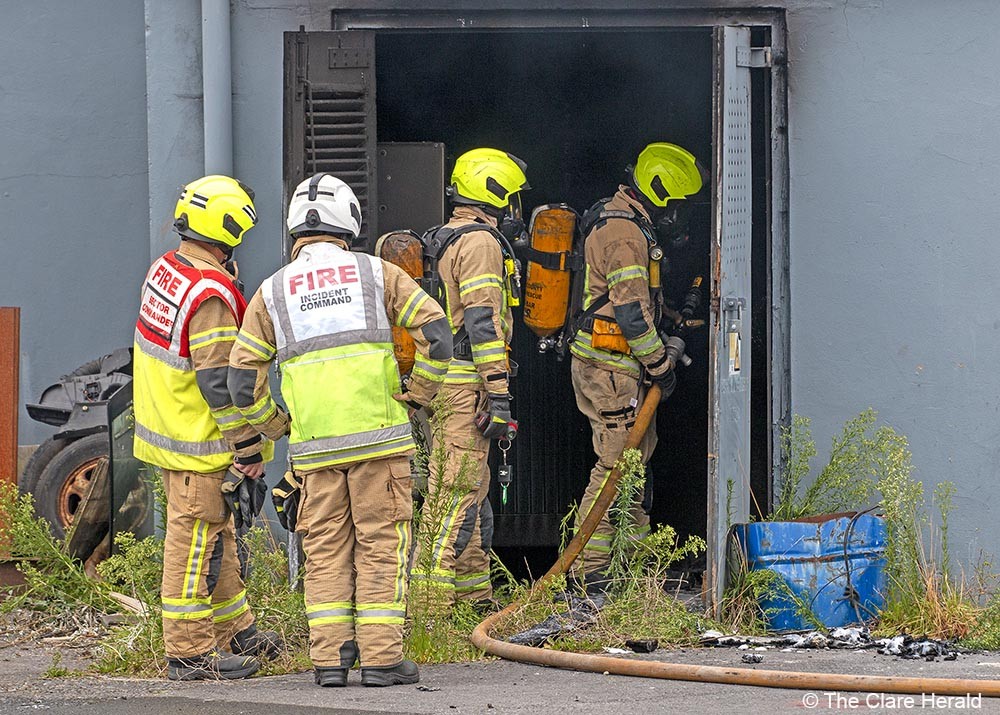