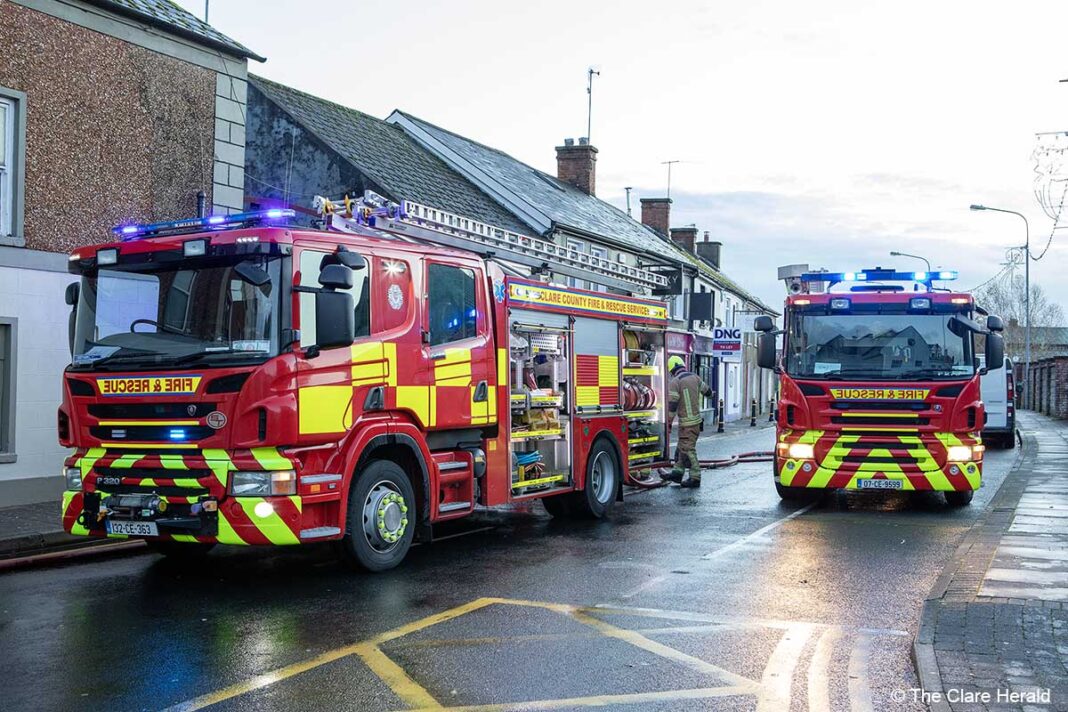 Fire crews have dealt with an incident at the rear of a town centre hotel in Ennis this morning.

Shortly before 8.00am, a fire was reported in a shed behind the Queen’s Hotel on Abbey Street. Units of Clare County Fire and Rescue Service from Ennis responded to the incident along with Gardaí.

On arrival, fire crews found a fire in a shed at the rear of the hotel. It’s understood that there were gas cylinders stored in the unit.

The hotel and its staff and guests were not affected by the incident and the building did not require to be evacuated.

Francis Street was closed from the junction with the Causeway Link for a time but has since reopened. 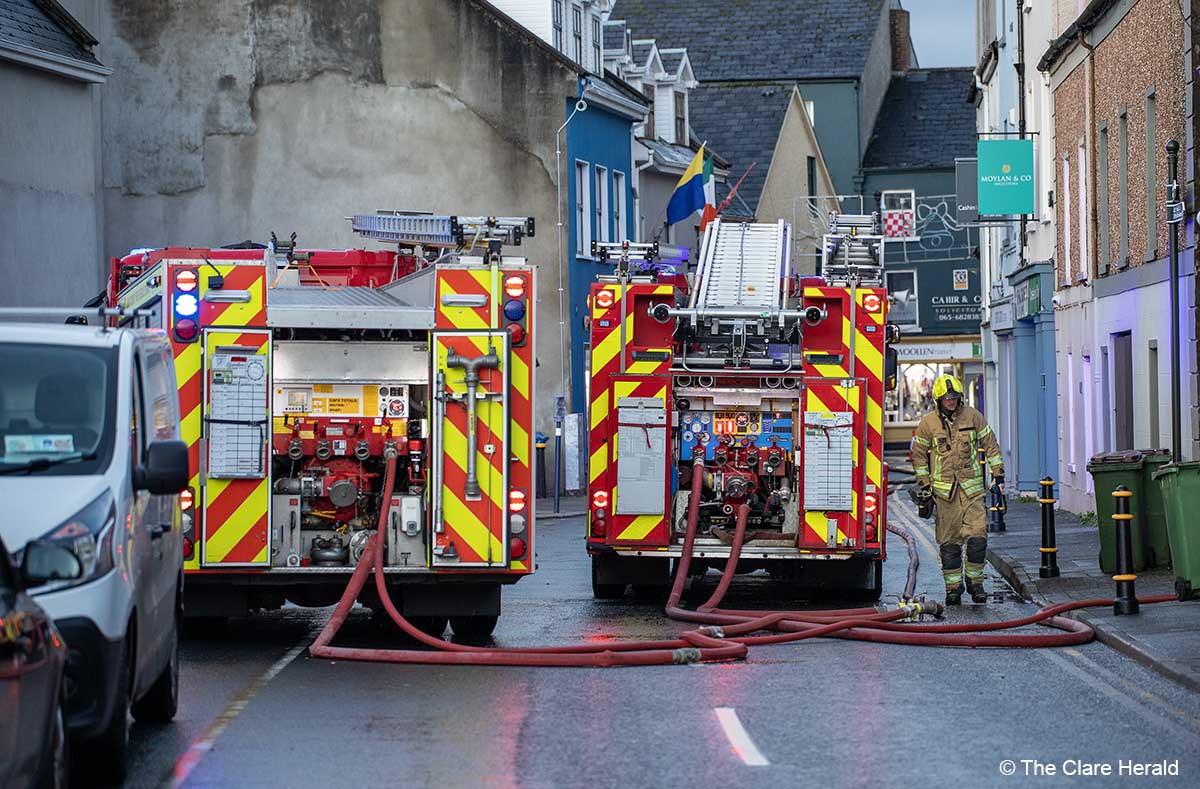