Gardaí are seeking information about an incident on the M18 motorway in Co Clare this evening where a car was abandoned after it crashed and overturned.

The single-vehicle incident occurred at around 8.00pm in the northbound carriageway of the M18 at Knockaskibbole close to junction 13, Tulla Road.

It’s understood that the Vauxhall Astra car collided with the crash barrier and continued for some distance before overturning and coming to a stop on its roof. Fortunately the car remained in the hard shoulder and passing motorists managed to avoid colliding with it.

Units of Clare County Fire and Rescue Service from Ennis and Shannon stations responded to the scene along with Gardaí and National Ambulance Service paramedics. After checking the car for any occupants it was established that the car was empty and the driver had fled the scene. It’s not known how many people were in the vehicle at the time.

Fire crews implemented an emergency traffic management system and closed one lane of the motorway until the vehicle had been safely recovered from the scene. Traffic Infrastructure Ireland motorway crews also attended the scene.

The motorway was fully reopened at around 9.30pm 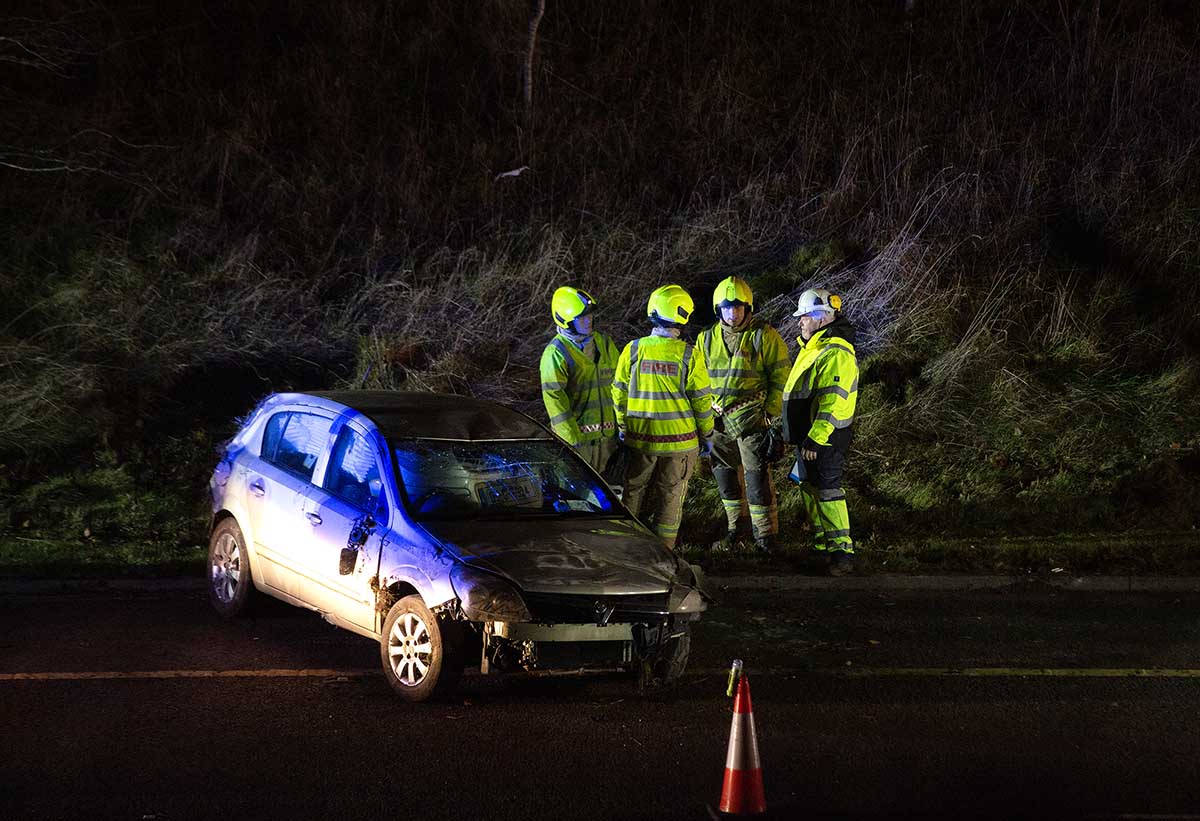 Gardaí at Ennis are investigating the circumstances of the incident. They are appealing to anyone with information about – or witnessed the incident to contact them. Gardaí are also asking anyone with dashcam footage to make it available.