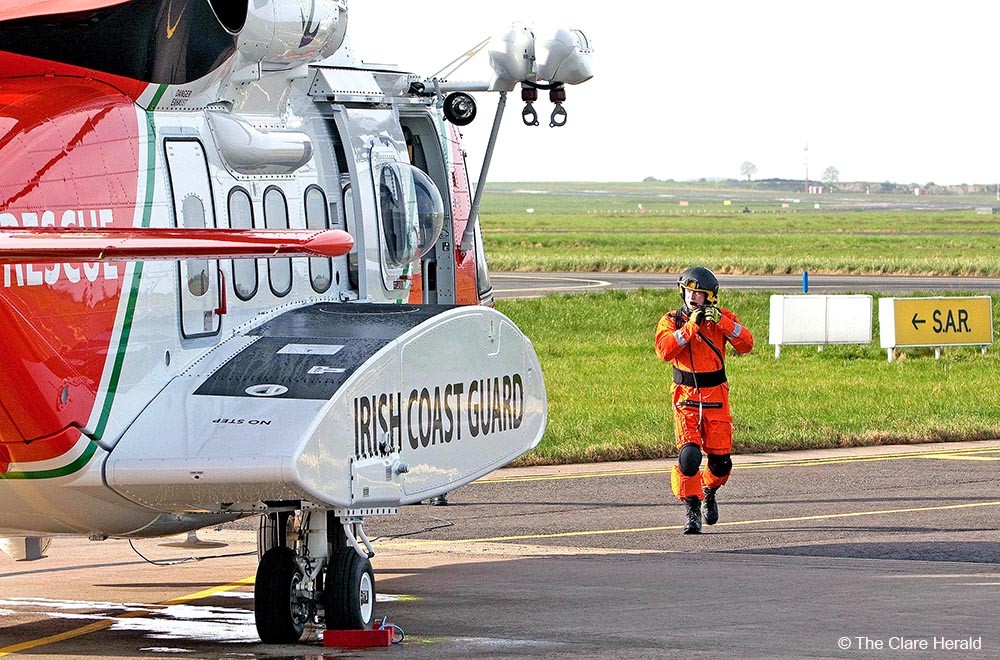 A man has been airlifted to hospital after he suffered an injury while hiking in North Clare this afternoon.

The alarm was raised shortly after 2.00pm when emergency services received a report that a person had fallen in The Burren. The incident occurred on Blackhead Mountain in the extreme northwest of the county.

The National Ambulance Service, Irish Coast Guard and Gardaí were alerted and responded the area. The Shannon-based search and rescue helicopter was also tasked to the scene.

At the time, Rescue 115 was involved in a missing person search in the Woodford area of Galway but was retasked to Blackhead, reaching the scene in about 10 minutes. Because of the terrain in the area however, the helicopter was unable to land. Instead, the helicopter winchman/paramedic was lowered onto the mountainside.

Doolin Coast Guard volunteers lay down a canister of orange smoke to indicate the location of the casualty and wind direction for the helicopter crew.

Ambulance paramedics assessed and stabilised the casualty with the help of volunteers from the Doolin unit of the Irish Coast Guard. They also assisted with preparing the injured man to be winched off the mountain.

The man was winched on board the helicopter and airlifted to University Hospital Galway for treatment. The journey across Galway Bay took less than 10 minutes but would have taken at least an hour by road.

It’s the second time in three days that someone had to be evacuated from the Burren in North Clare.

On Friday, a man in his 60s, who had been hiking with others, suffered a lower leg injury in the incident while hiking on the loop trail at Gleninagh.

Once alerted, the National Ambulance Service requested assistance from the Irish Coast Guard. The Galway Mountain Rescue Team (GMRT) was tasked to assist in the operation.

The man was airlifted to University Hospital Galway by Rescue 115.