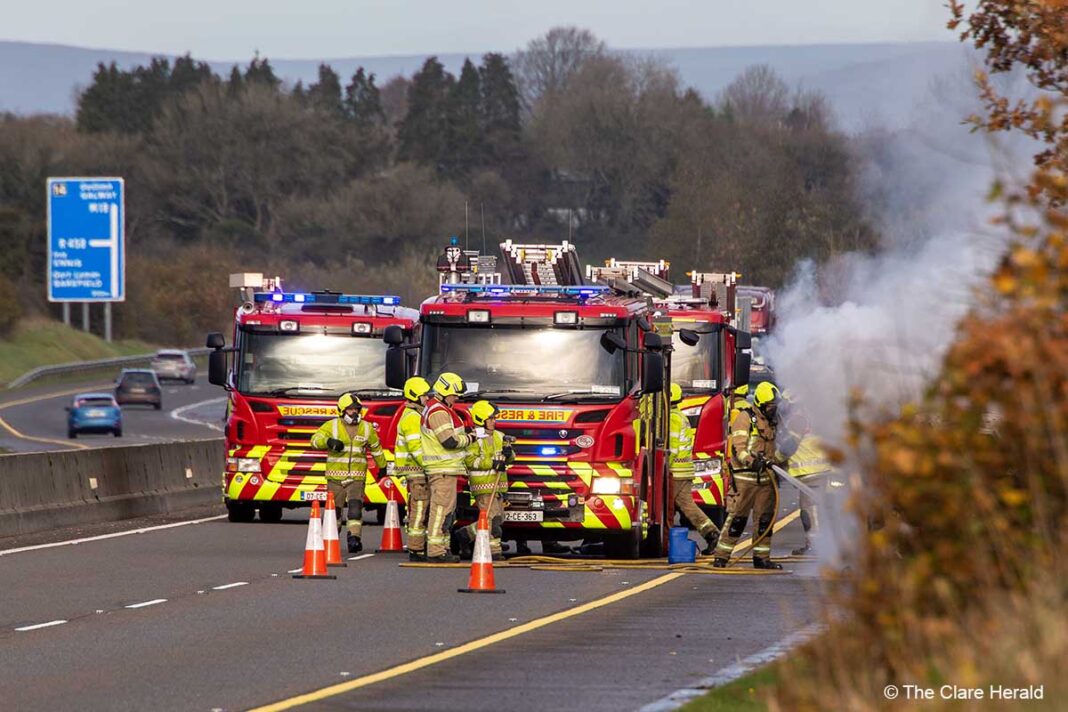 The M18 motorway has been closed southbound between junction 14 Barefield and junction 13 Tulla Road while emergency services deal with a vehicle fire.

Units of Clare County Fire and Rescue Service from Ennis and Shannon stations are dealing with the incident. Gardaí are also at the scene.

A van is understood to have burst into flames while travelling towards Ennis shortly after 11am. The driver of vehicle managed to pull into the hard shoulder and jump out of his van to safety.

The southbound lanes of the motorway have been closed while the northbound carriageway is not affected.

Fire crews have brought the fire under control and it’s expected that one lane could be reopened to traffic once the incident has been dealt with.vThe remainder of the southbound carriageway will be reopened once the vehicle has been removed from the scene.

The two-car crash occurred at around 1.25pm at a junction at Knockhogan on the R469 road at the turn-off for Doora. Emergency services responded to the scene about 4 kilometres from Ennis.

The road was closed to ensure that emergency services could safely deal with the incident.

One person as taken to hospital for treatment. 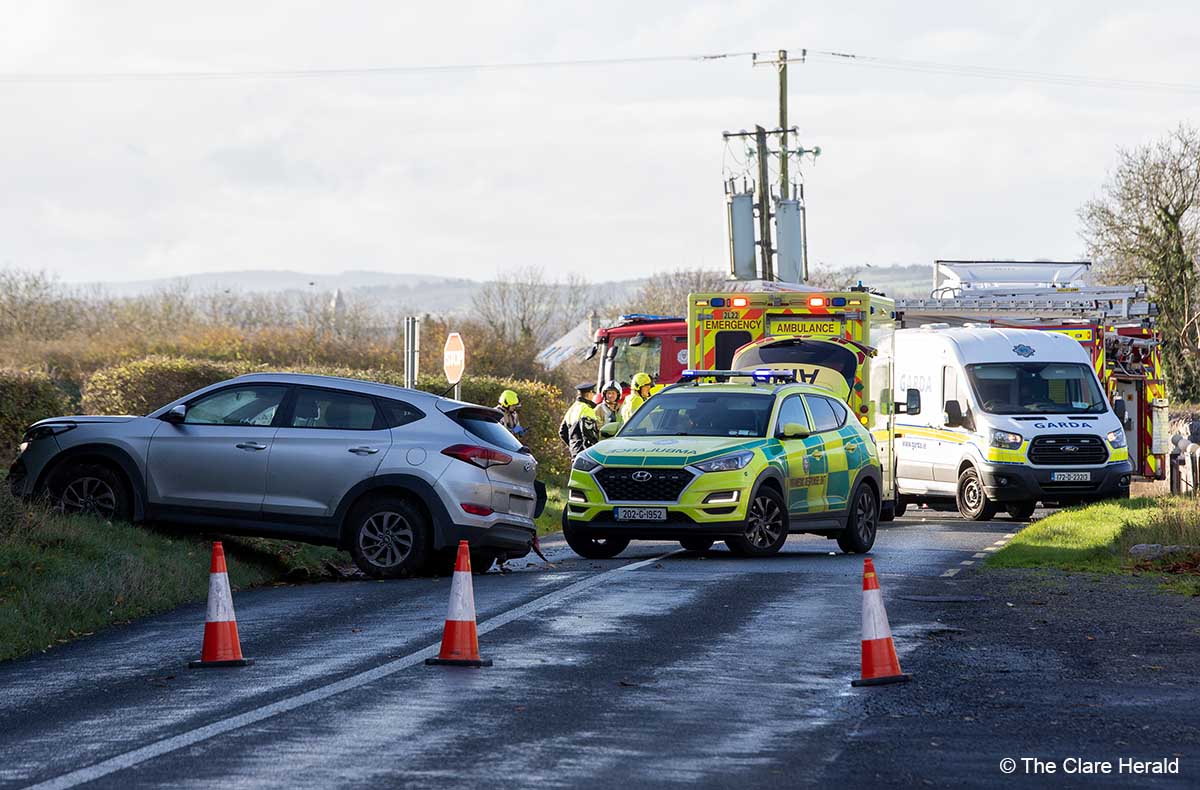