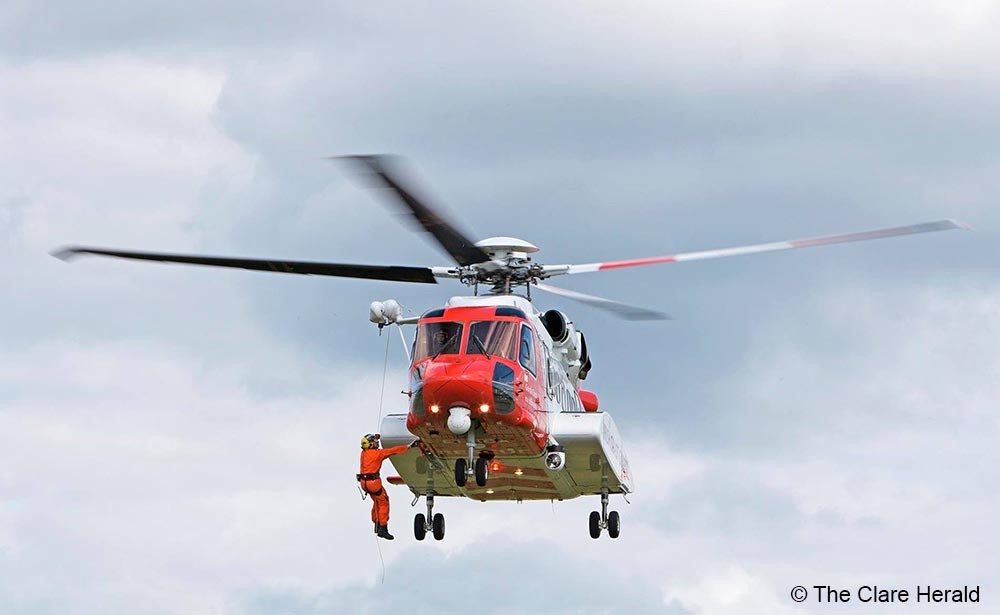 The man has been named locally as Patrick McCarthy from Cahermacnaughton near Ballyvaughan.

A man has died in hospital after he got into difficulty while swimming in North Clare on Tuesday evening.

Two people were reported to have been in danger after they were pulled out to sea at Fanore at around 9.15pm. The alarm was raised and a search and rescue operation was quickly mounted.

The Doolin unit of the Irish Coast Guard, National Ambulance Service and Gardaí responded to the scene. The Shannon-based Irish Coast Guard helicopter, Rescue 115, was also tasked to the incident. The Aran Islands RNLI lifeboat was also requested to assist but was stood down en route.

On arrival at the scene, emergency services found that a young child had made it ashore safely while the helicopter crew carried out a search for the man. It’s believed the father and daughter were caught in a rip current.

The man was quickly located and the helicopter winchman/paramedic was lowered into sea to pluck the casualty from the water. Efforts to resuscitate the man were quickly carried out on board the helicopter as he was flown to University Hospital Galway. The helicopter reached UHG in less than 10 minutes however the man was pronounced dead soon after arriving in hospital.

A Garda spokesman confirmed that a man in his early 40s, from the north of the county, was pronounced dead in Hospital.

Gardaí will also prepare a file on the tragic incident and this will be forwarded to the coroner for Galway as the man was pronounced dead in that county. A coroner’s inquest will also take place at a later date.

The search and rescue operation was coordinated by watch officers at the Irish Coast Guard’s marine rescue sub centre on Valentia Island in Kerry.