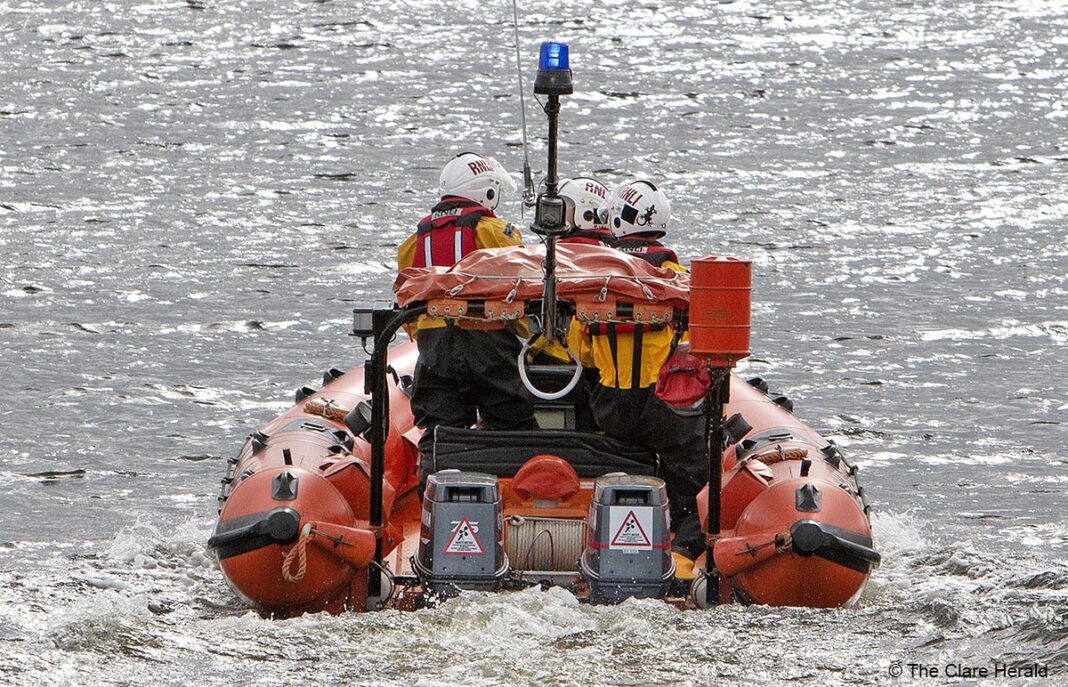 The Lough Derg RNLI lifeboat has rescued three people after they were reported to be adrift on a boat on the lake on this evening.

Shortly before 6.00pm, watch officers at the Irish Coast Guard’s marine rescue sub centre on Valentia Island in Kerry requested the Dromineer-based lifeboat to launch. The volunteer crew was asked to locate and assist three people on a 16ft speed boat adrift at the most northern part of the lake near Portumna.

It was reported that the casualties had been wake boarding when their vessel had suffered engine failure.

The lifeboat launched t 6.05pm in freezing but otherwise good conditions. The air temperature was below freezing so the lifeboat crew brought a grab-bag with three blankets.

Coast Guard watch officers provided the lifeboat crew with contact details for the casualties. The RNLI volunteers requested the casualties to use their phone torches when they saw they lifeboat approaching.

At 6.25pm, as the lifeboat passed Terryglass Bay en route to the scene, the casualties lit their phone torches revealing their location. They had drifted south of their original reported location and were close to Lough Derg navigation mark J by the time the lifeboat reached them.

A few minutes later, the lifeboat was alongside the casualty vessel and RNLI volunteers quickly established that all three people on board were unharmed but were feeling cold.

Lifeboat crew provided the casualties with blankets and told them to wrap up and sit in a huddle at the bow of their boat. The lifeboat crew set up an alongside tow and made way to Terryglass Harbour.

At 7pm the casualty vessel was safely tied alongside at Terryglass Harbour. Having ensured the casualties were safe and ashore, the lifeboat departed the scene and returned to base.

Jeremy Freeman, Deputy Launching Authority at Lough Derg RNLI said afterwards: “The RNLI advises boat users to dress appropriately for winter weather and water temperatures; make sure your engines are serviced and always carry sufficient life jackets for everyone on board and ensure that they are worn.’