A surfer is recovering in hospital after he was rescued from the sea at Lahinch in Co Clare this afternoon.

The man is understood to have gotten into difficulty while surfing at around midday. It’s understood he suffered a medical episode. The casualty was quickly spotted and brought ashore by other surfers. The incident happened outside the official bathing area beyond the end of the prom.

When the alarm was raised, the National Ambulance Service dispatched local paramedics as well as a rapid response advanced paramedic unit from Ennis to the scene. The Doolin unit of the Irish Coast Guard was also requested to mobilise personnel to the incident.

The man was brought ashore and treated on the beach by paramedics assisted by Clare County Council lifeguards and later taken to the nearby lifeguard station until ambulance paramedics arrived.

It’s understood that a number of off-duty firefighter/paramedics from Donnybrook Fire Station in Dublin, who had been in the area at the time, rescued the man from the water; treated and stabilised him until NAS paramedics arrived.

The man, believed to be in his late 20s and from Dublin, was assessed and treated at the scene before being taken to University Hospital Limerick for further treatment.

The incident happened during a Status Yellow wind warning for Clare where forecasters had warned that winds would be strongest on the coast with very rough seas. 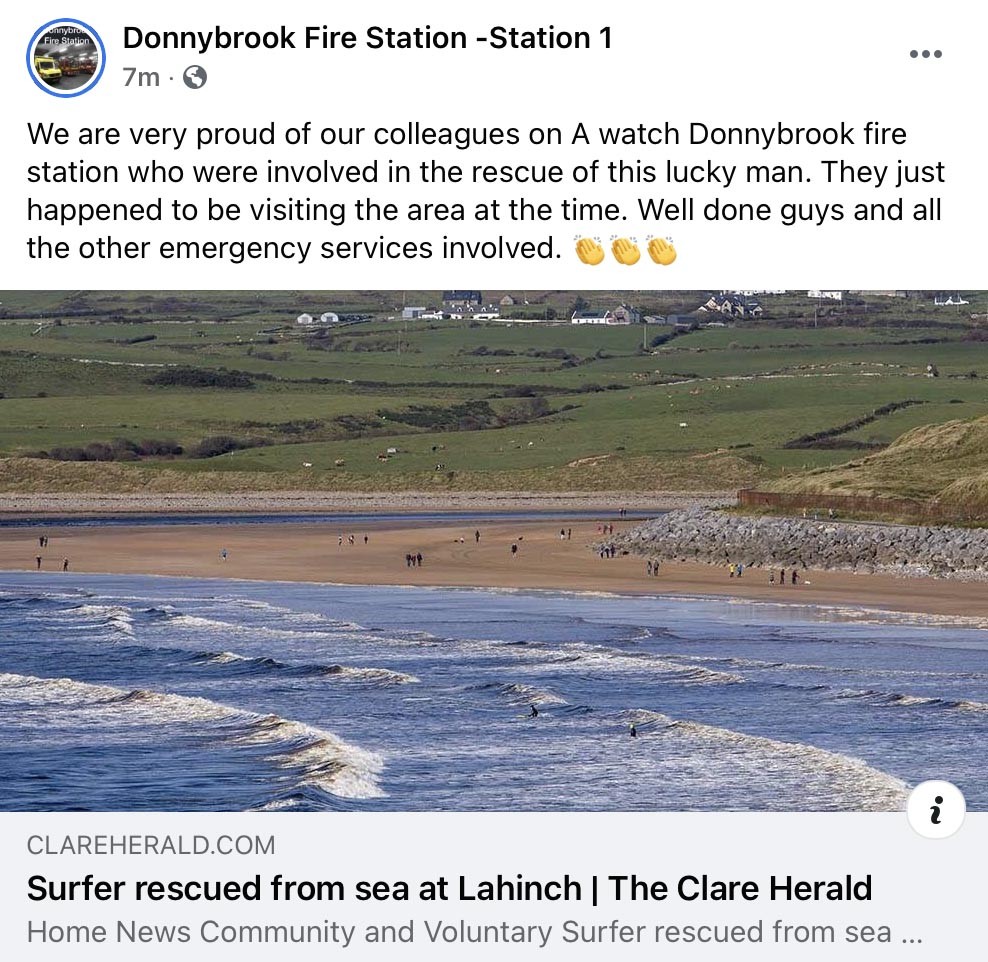