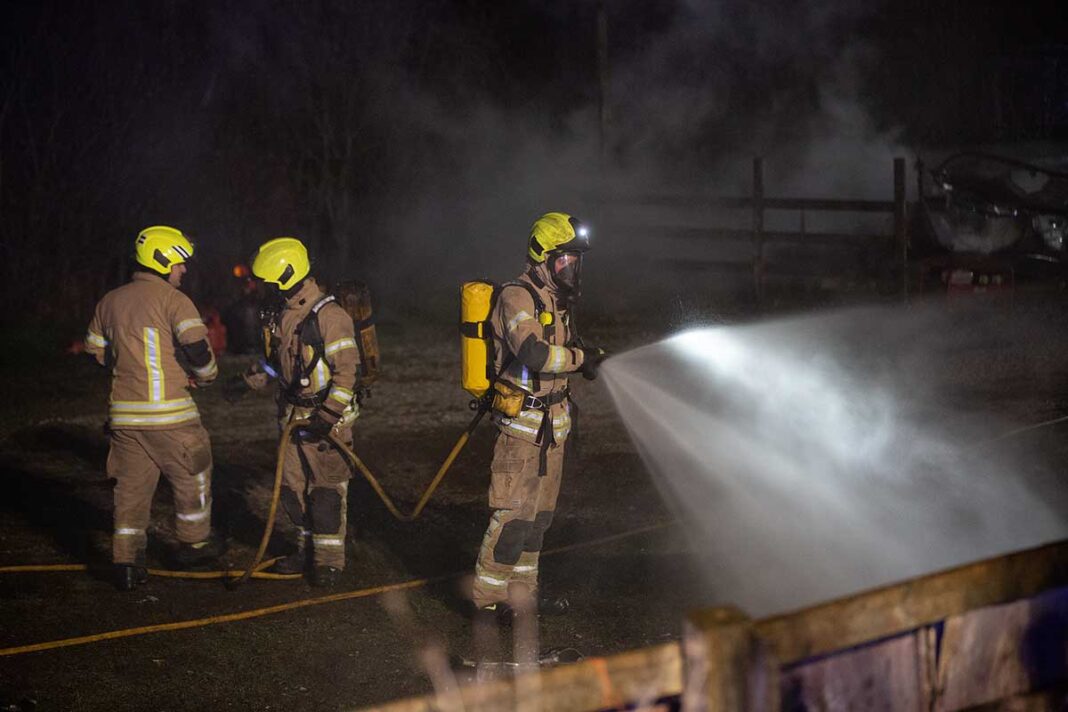 Three caravans have been destroyed by fire at the same location where a mobile home was targeted last Sunday.

Emergency services were alerted to the fires at Kilbreckan, Doora at around 6.15pm. Gardaí responded to the incident followed soon afterwards by units of Clare County Fire and Rescue Service from Ennis station.

On arrival, Gardaí found three caravans ‘well alight’. Fire crews extinguished the fires but all three caravans were destroyed. It’s understood they were not occupied at the time and no injuries have been reported.

This evening’s incident is the latest in a series of similar calls emergency services have responded to since last weekend.

Last Sunday, a mobile home was destroyed by fire at the same unofficial halting site close to the M18 motorway.

On Saturday, a car was discovered burned out near Woodstock in Ennis while on Monday evening, an incident involving petrol bombs was reported at a halting site on the Gort Road. A grave was also targeted at Drumcliffe cemetery during the week.

On Wednesday evening, a firearm was discharged during an altercation between a group of men in the Cloughleigh area of Ennis. Gardaí have issued an appeal for information in relation to that incident.

It’s believed that all the incidents are connected.