The funeral arrangements for the late Shay Moloney have been confirmed – Click here.

The funeral arrangements for the late Jack Keneally have been confirmed – Click here.

Many tributes continue to be paid to the Jack and Shay.

Ennis Rugby Club posted the following on their Facebook page this morning.

Our brothers in arms. Our warriors when the going got tough. Our leaders when the pressure came on. Our pride when they took the field. Our joy when they lit it up off the field. Our devilment when it all got too serious. Our gentlemen always. Our terrible, terrible loss.

We extend our deepest condolences to the Kenneally and Moloney families and also to the friends and team mates of these two wonderful boys.

May they rest in peace.

The club also issued a statement following the tragic deaths of Shay and Jack.

Ennis RFC is devastated at the loss of club members / players Shay Moloney and Jack Kenneally in tragic circumstances yesterday (Thursday, 31 May 2018).

“As well as developing into exciting rugby players, both Jack and Shay were developing into fine young men who were a credit to their family and friends. As resolute and fearless as they were on the pitch, they were as funny, engaging and inspiring off the pitch. Our club was a better place for having them as part of it and their absence will be keenly felt.

“Our thoughts and actions are now completely focused on supporting the Moloney and Kenneally families over the coming days and weeks.”

The two victims have been named locally as Shay Moloney and Jack Keneally.

Thursday – 7.50pm – Gardaí have confirmed that both boys have died.

In a statement this evening, Gardaí said: “Gardaí and emergency services where called to an incident at a quarry lake at Knockanean, Ennis, Co. Clare at 3.30pm on 31st May 2018. Gardaí were notified that people were in difficulty in the water, at Knockanean quarry lake, and assistance was required.

A rescue helicopter from Shannon was dispatched, and two 15 year old boys were taken from the lake. They are both believed to be from Ennis. They were airlifted to University Hospital Limerick in a critical condition, but were later pronounced dead.

Their names will not be released until family members have been notified.

Two teenagers have been airlifted to hospital after they got into difficulty while swimming in Co Clare this afternoon.

It’s understood the alarm was raised at around 3.30pm and a search mounted at disused quarry near Knockanean on the outskirts of Ennis.

Two units of Ennis fire service, including their water rescue unit, were initially mobilised to the incident along with Gardaí and Ambulance paramedics.

The Kilkee unit of the Irish Coast Guard, the Shannon based search and rescue helicopter and Clare Civil Defence were also involved in the operation. 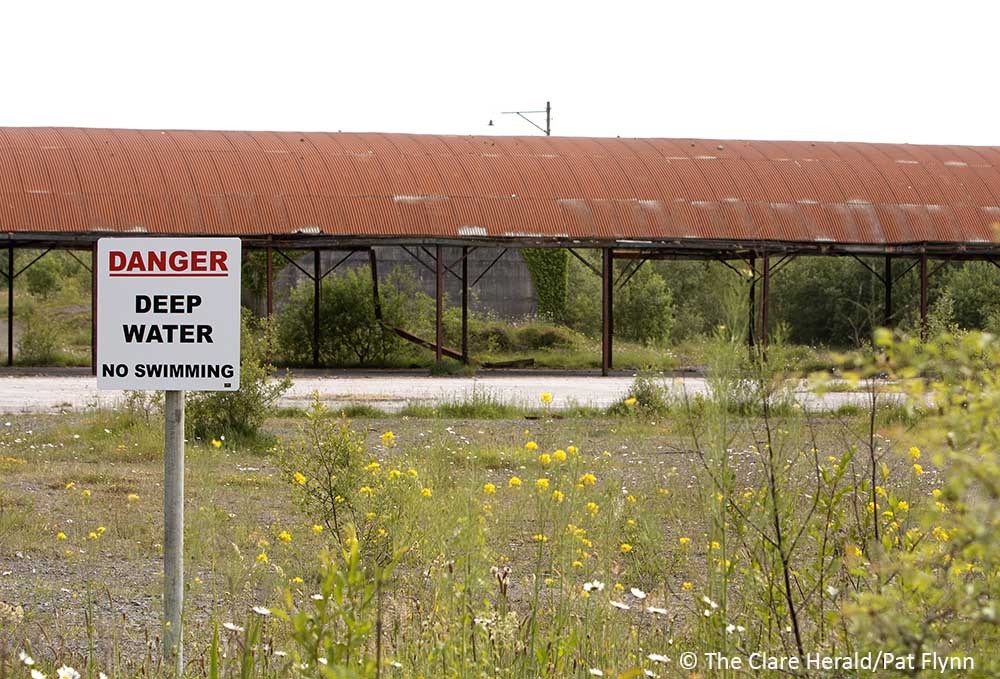 It’s understood that two casualties, both teenage boys, were soon located and brought ashore where efforts to resuscitate them were carried out. According to sources, a third boy had tried to save the two swimmers but had to return to the shore exhausted.

A diver from Ennis Sub Aqua Club’s Search and Recovery team recovered the casualties from the water. The diver and his assistant were requested to attend the incident and assist with the operation.

Both were airlifted to University Hospital Limerick by the crew of Rescue 115 but were pronounced dead at short time later.