The victim has been confirmed as John Daly from Cratloekeel, Cratloe.

A teenage boy has died after the car in which he was travelling collided with a rail level-crossing in Co Clare in the early hours of the morning.

The single-vehicle collision occurred at around 2.55am at a rail crossing at Cratloekeel near Cratloe. It’s understood the 18-year-old victim was travelling alone in the car at the time.

The incident happened at a point where vehicles have to slow down to cross the rail line at a very sharp angle. The car collided with the level-crossing gates and burst into flames.

Three units of Clare County Fire and Rescue Service from Shannon station were mobilised to the incident along with National Ambulance Service paramedics and several Garda units. The teenage driver was pronounced dead at the scene. He has been named locally as John Daly from Cratloekeel close to the scene.

The Old Cratloe road was closed overnight pending completion of an examination by Garda forensic collision investigators.  While the crash happened in Clare, the area is part of the Limerick Garda division so Gardaí at Henry Street Garda station are investigating the cause of the collision. 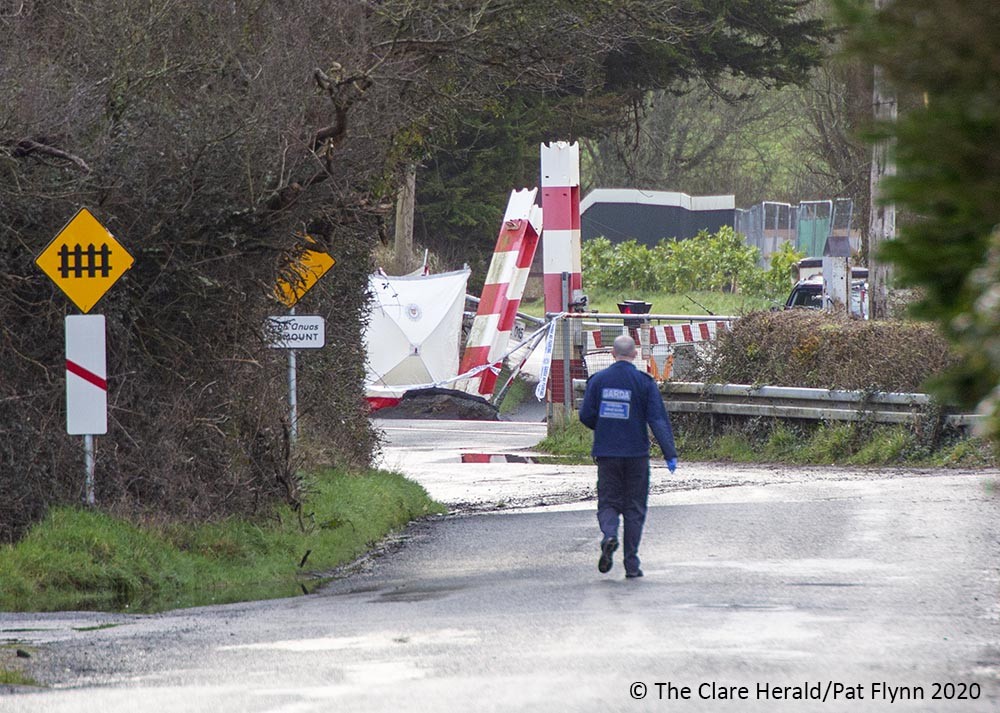 A Garda spokesman said: “Gardaí are appealing for anyone with information, particularly and road users who travelled in the area who may have dash cam footage, to contact Henry Street Garda Station on 061 212 400 or the Garda Confidential Line on 1800 666 111.”

The spokesman confirmed that the Garda Síochána Ombudsman Commission (GSOC) has been informed of the incident but at this time remains a Garda investigation.

It’s understood however that while Gardaí were in the area, the car was not being pursued at the time.

Extensive damage has been caused to the level crossing on the Limerick to Galway line however services have not been affected as the line is currently closed due to flooding at Ballycar in Co Clare.

Iarnród Éireann confirmed: “There is significant damage to the level crossing due to the accident that took place overnight. Due to flooding at Ballycar, there are no services in this route at present, so there is no service impact.

The spokeswoman confirmed that works to repair the damage will commence once Gardaí have completed their on-scene investigation.