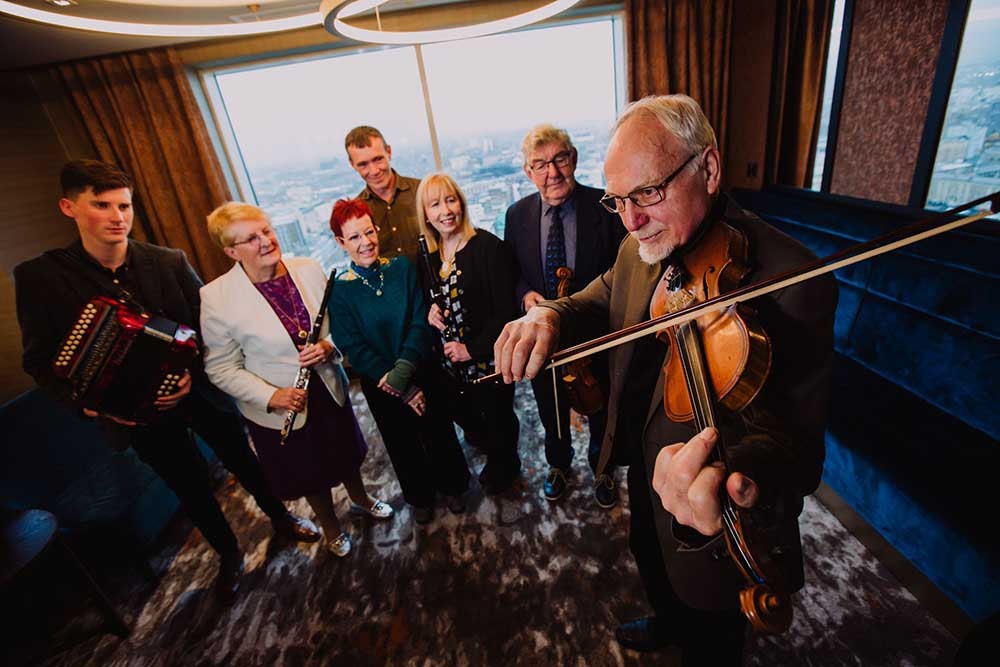 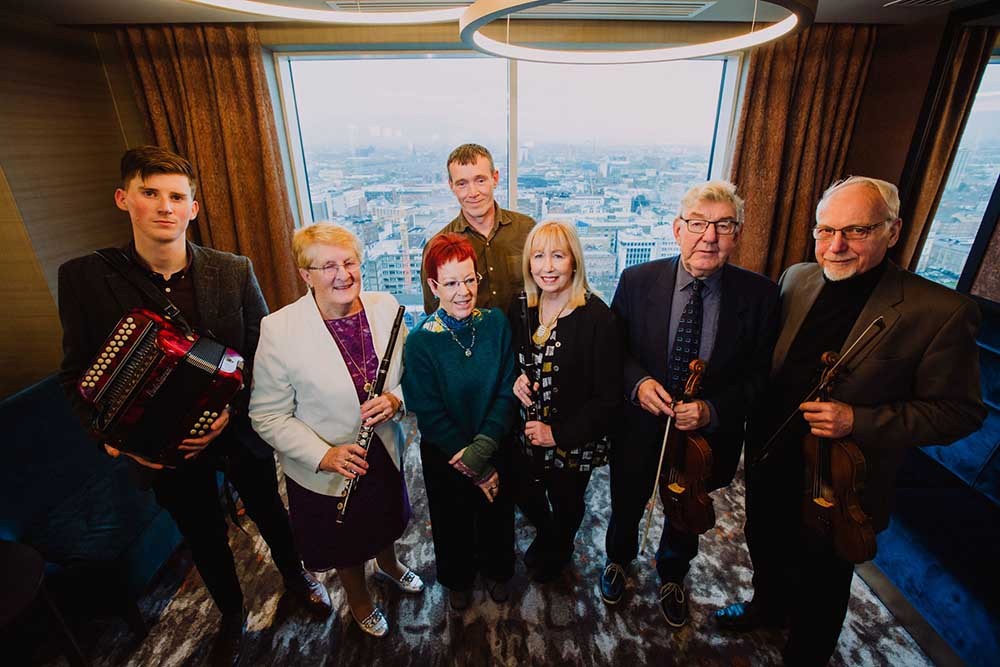 Known as ‘the Oscars of traditional music’, the live concert and awards show, which returns to Belfast for the second year, will take place at the Waterfront Hall on Sunday 17th February, promising a night of foot-stomping entertainment right in the heart of Belfast.

Born in Co. Clare but now a pivotal member of the  Irish diaspora in London, Brendan Mulkere, has worn many hats – as the unofficial ‘Irish music ambassador’ to London; Irish rights activist, record producer, promoter and musician. Despite all of this, he is perhaps best known as an Irish traditional music teacher. He has taught a plethora of musicians including John Carty, Niall Keegan, John Whelan, John Blake, Claire Egan and Lamond Gillespie to name but a few, and has put the London style of Irish traditional music firmly on the map.

Legendary traditional Irish band, Four Men & A Dog, who formed in Belfast in the nineties and rose to popularity across the globe with their eclectic and vivacious blend of trad, fused with a wide spectrum of other genres including, rap, rock, jazz, blues, bluegrass, polka, country swing, and even salsa, will headline the bill. All-Ireland céili band champions, The Thatch Céili Band, pivotal members of the Irish diaspora in London, will also perform on the night.

The highly anticipated live awards show, which will be hosted by TG4 presenter, Doireann Glackin and Belfast-based musician, Dónal O’Connor of well-known band, Ulaid, will also feature live performances from all of the Gradam Ceoil 2019 recipients, who will be recognised for their talent and contribution to traditional Irish music. 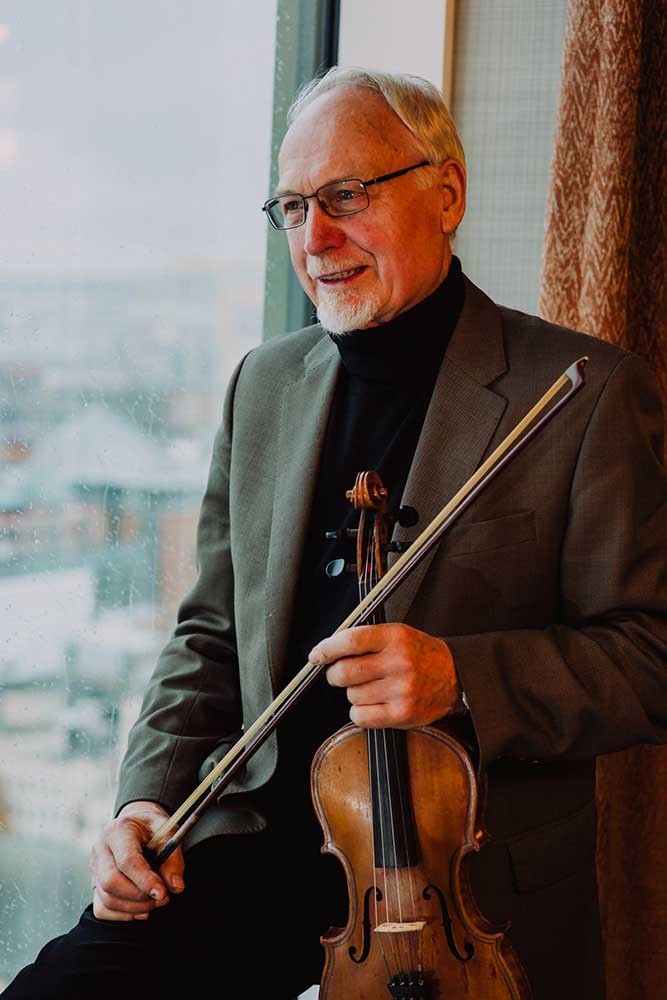 2019 Gradam recipients, who represent the crème de la crème of traditional music and song, will be joined in live performances on stage by their own special musical guests, including Irish fiddler Paddy Glackin, Michael McCague and multi-instrumentalist Sinéad Egan.  Brendan Mulkere will be accompanied by musical friends and family including Clare Egan, Rebecca McCarthy Kent and Paul O’Driscoll.

A range of VIP guest presenters will also take to the stage; last year, actor Stephen Rea and President Michael D. Higgins were amongst the VIP guests at the event. Previous Gradam winner and master accordionist Joe Burke, who will present the Young Musician award to his prodigy, Conor Connolly, will also perform in the show’s finale.

A dedicated Gradam Fringe Festival will also set the tone for the evening, with a host of free music events and workshops taking place throughout Belfast in the days building up to the main event. Running from February 15th – 17th, this year’s Gradam Fringe Programme promises a packed line-up of free music events, workshops and talks taking place throughout the city. Full details of the Gradam Fringe programme can be found at www.tg4.ie/en/programmes/gradam-ceoil/the-concert/.

For those wanting to make the most of weekend’s festivities, special hotel packages are available with Hastings Europa Hotel, within walking distance of the Waterfront Hall. Packages start from £140 for a one-night stay in a double room, with a pair of tickets Gradam Ceoil. Two and three night packages are also available between Friday 15th and Sunday 17th February. Visit www.hastingshotels.com or call 028 9032 7800.

For more information, visit www.gradam.ie or connect with Gradam Ceoil on Facebook and Twitter @GradamCeoil, using the hashtag, #Gradam