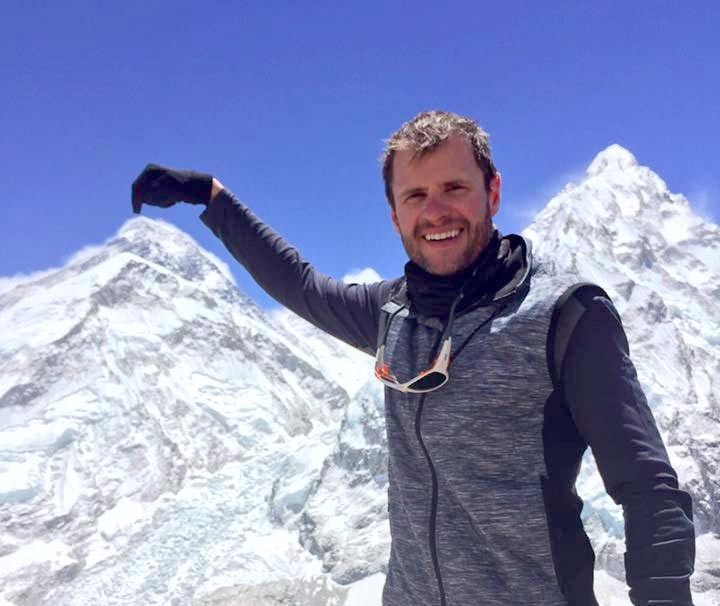 The first Clare person to summit Mount Everest will be honoured by the Clare Association in Dublin at the end of the month.

John Burke will be formally presented with his Clare Person of the Year 2018 award by the Clare Association Dublin on Saturday, 28th April next from 7.30pm at the Red Cow Moran Hotel Dublin.

The hotelier, mountaineer and charity activist will be recognised for his Everest achievement as well as his efforts to promote and provide mental health wellness programmes for young people through his charity Elevate.

In April last year, John Burke and his wife, actress Aoibhín Garrihy, travelled to Nepal as part of a group of six from Co Clare. The team took 9 days to reach Everest Base Camp before John said farewell to the group and set off on the next phase of the ascent.

Ticket for the April 28th event are €50 including dinner and live music entertainment and are available by contacting Gerry O’Reilly on 0868498192 or by emailing info@clareassociationdublin.ie.

Last year, Irish Coast Guard hero Catríona Lucas, who was the first Coast Guard volunteer to lose her life in active service, was posthumously name Clare Person of the Year 2017.