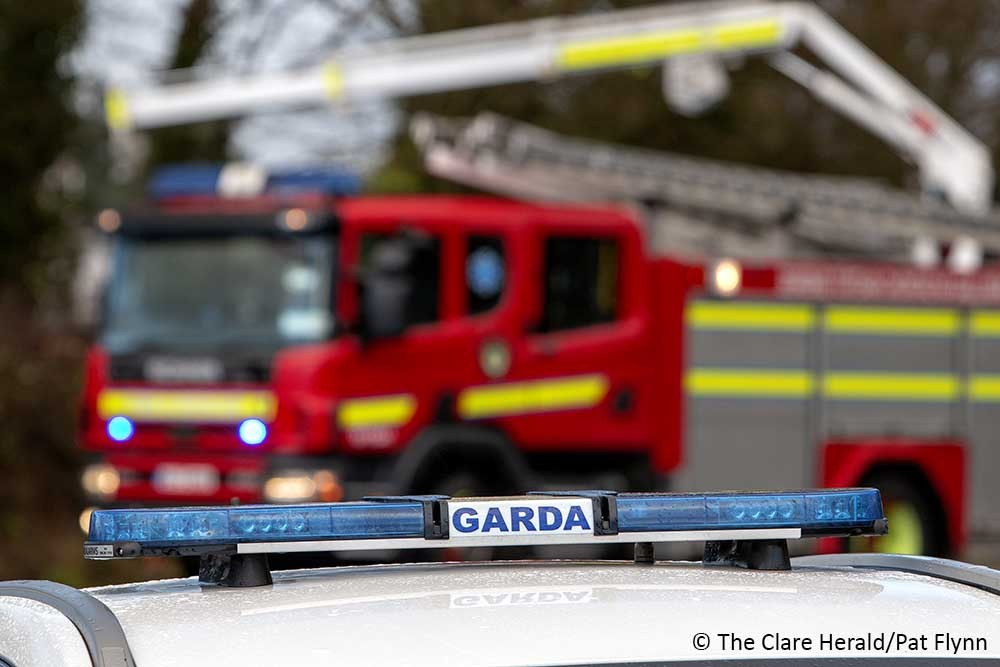 One person has died in a road traffic collision on the Clare/Limerick border.

The crash occurred at around 10.00am today on the Old Cratloe Road at the junction with Carrig Hill about 100 metres on the Clare side of the border with Limerick.

Units of Limerick City Fire and Rescue Service responded to the incident along with National Ambulance Service paramedics and Gardaí. On arrival, emergency services found that a van had collided with a ditch. There was a second vehicle at the scene thought have been indirectly involved.

A male passenger in his late 40s, who was travelling in the van was fatally injured. His body has been removed from the scene and taken to University Hospital Limerick where a post mortem will take place in due course.

A section of the Old Cratloe Road between the Lower Meelick and Carrig Hill junctions will remain closed pending completion an examination of the scene of Garda Forensic Collision Investigators.

Gardaí are appealing for any witnesses to this collision to come forward. Any road users who may have camera footage (including dash-cam) and were travelling on the Old Cratloe Road or Woodcockhill Road, Limerick between 9.30am and 10am are asked to make this footage available to Gardaí.

While the collision occurred on the Clare side of the border, the scene is located within the Limerick Garda Division. The circumstances of the collision will be investigated by Gardaí from Limerick.