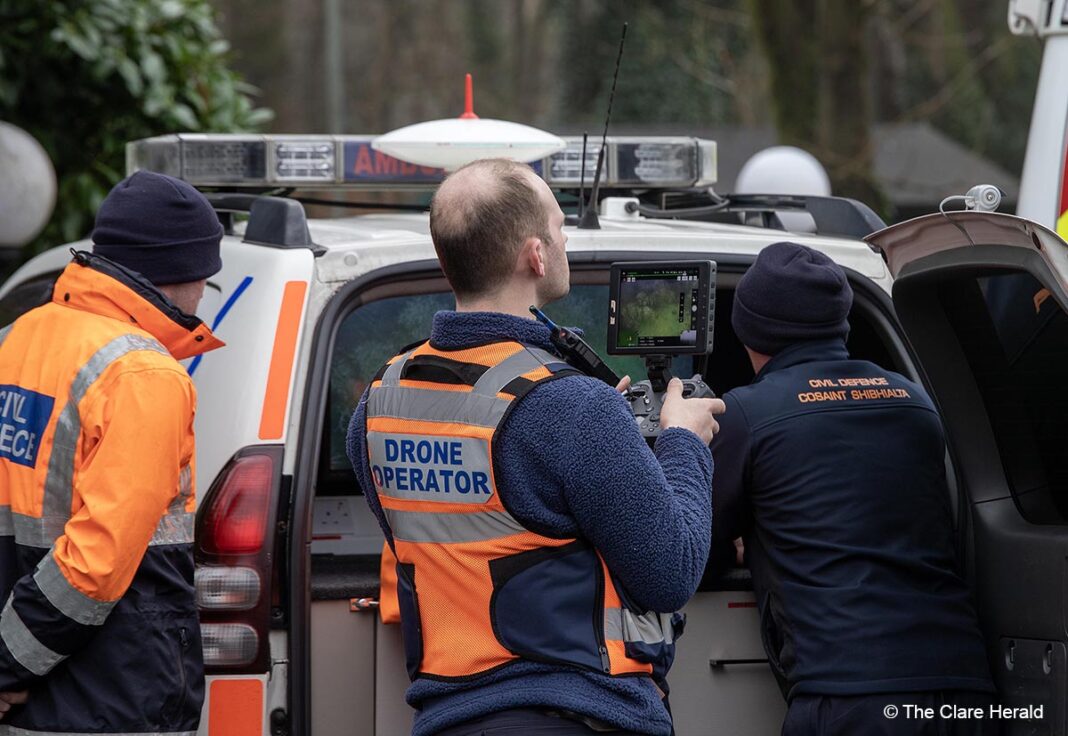 Monday – A search for a person reported missing in the Ennis area yesterday has resumed this morning.

Members of the public including neighbours and work colleagues of the man are also taking part in the search operation which had been concentrated around the area of Clon Road, The Rocky Road and Ballybeg. The search area has since been broadened to include the Cahercalla area of the town.

It’s understood the man was last seen on Saturday evening when CCTV footage, gathered from the local area, show him leaving his home at Riverside off the Clon Road in Ennis. 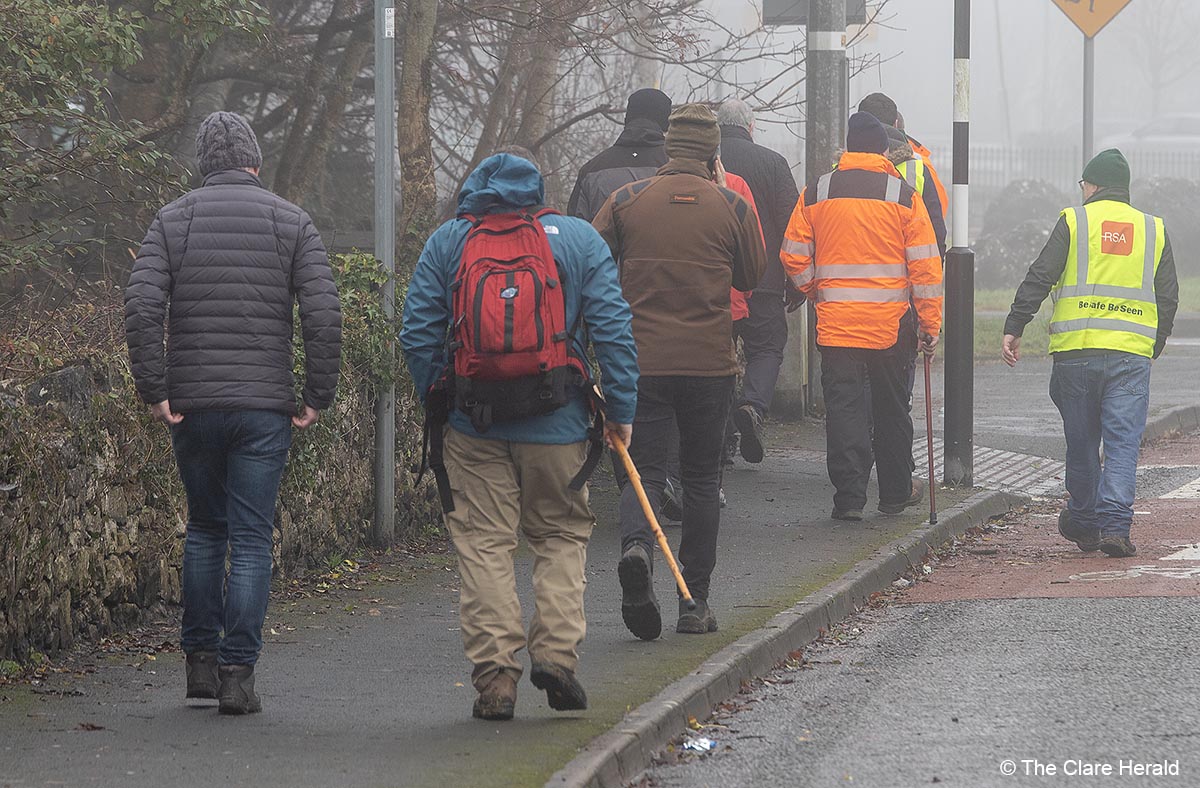 Sunday – The search for a man reported missing in the Ennis area on Sunday is expected to resume in the morning.

The initial search was mounted on Sunday by Gardaí after a man in his mid 60s was reported missing in the Ballybeg area south of Ennis. Gardaí later requested assistance from the Irish Coast Guard.

The Shannon-based Irish Coast Guard helicopter, Rescue 115, was tasked to carry out a search of the area while volunteers from Kilkee Coast Guard were also dispatched to the scene to assist local Gardaí.

Rescue 15 carried out a search of the area however poor visibility forced the crew to abandon the search and return to base. The Kilkee Coast Guard unit was also stood down.

Clare Civil Defence volunteers are due to join the search in the morning and are expected to launch drones in an effort to locate the missing man.

A Garda spokesperson confirmed: “Searches were conducted on Sunday 22nd January 2023 for a person reported as missing in the Ennis area. The search will continue on the morning of Monday 23rd January 2023. No further information is available at this time.”