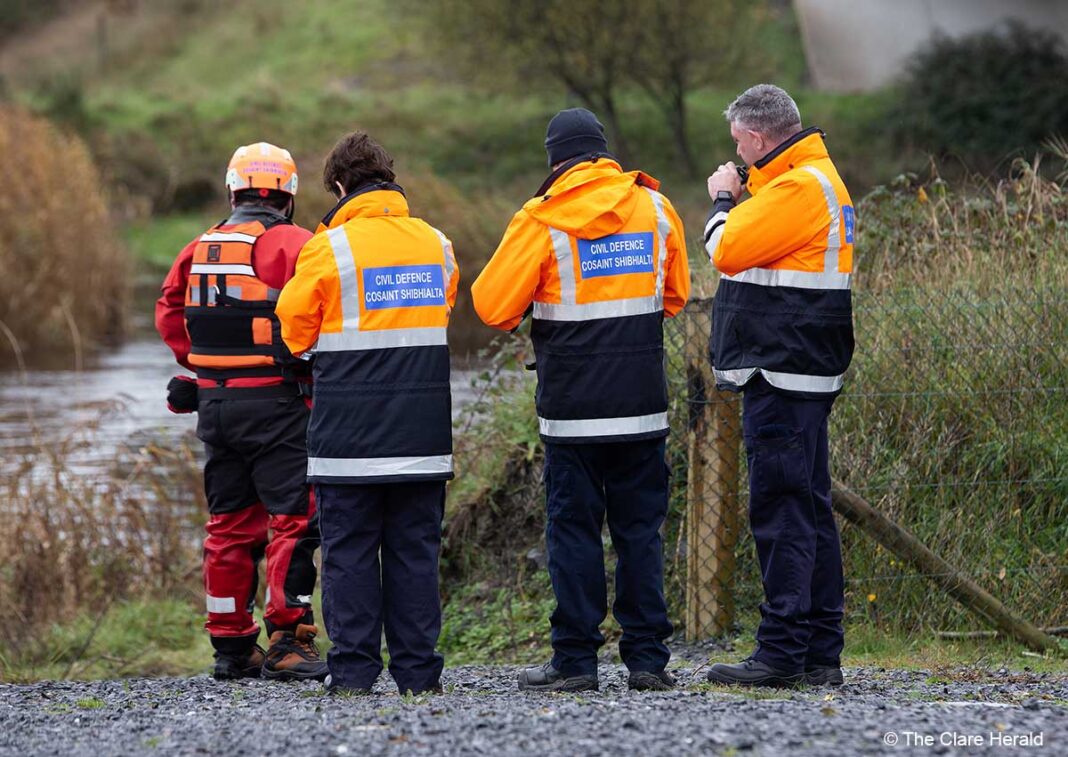 Search resumes for man who entered river in Ennis

Divers from the Garda Water Unit are expected to join a search and recovery operation in Ennis after man reported to have entered the River Fergus later on Thursday night.

The initial search was mounted after a male was observed entering the water at a bridge in the town centre at around 11 o’clock on Thursday night. After the alarm was raised a major multi-agency search and rescue operation was quickly mounted.

Fire service swift water rescue technicians (SRTs) deployed their inflatable rescue boat and commenced a search close to where the man was last seen. Clare Civil Defence also launched a boat and carried out a comprehensive search of the river. The crew of Rescue 115 used the helicopter’s powerful search lights to scour the river for any trace of the man.

The search was later stood down for the night but resumed early on Friday when Civil Defence volunteers completed a search of the River Fergus from Ennis to Clarecastle with no trace of the missing man being found.

A search effort, which had then turned into a search and recovery operation, continued on Saturday morning with divers from four sub aqua clubs volunteering their time to assist in the search. Divers from the search and recovery units of Ennis, Burren, Kilkee and Lough Derg Sub Aqua Clubs as well as Killaloe/Ballina Search and Recovery (including members of Limerick Sub Aqua Club) also took part in today’s search.

The operation resumed this morning (Sunday) with volunteer divers and Civil Defence personnel launching from a slipway at Clareabbey between Ennis and Clarecastle. From there they worked their way downriver to the barrage at Clarecastle before returning upstream towards Ennis in search of any trace of the missing man.