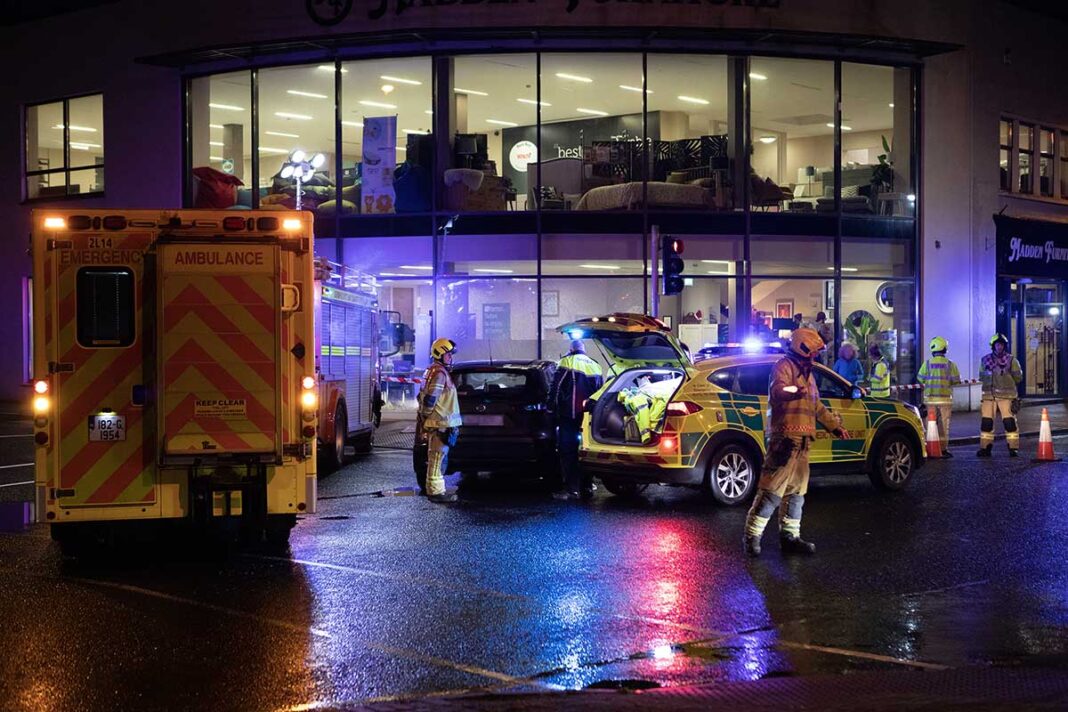 One person has been taken to hospital following a two-car collision in Ennis which involved one of the vehicles colliding a shop front.

The incident occurred at around 4.40pm on Station Road a short distance from the town centre. Two cars collided at the traffic lights at the junction of Station Road and Friar’s Walk.

Gardaí and units of Clare County Fire and Rescue Service from Ennis station responded to the incident along with National Ambulance Services paramedics and a rapid response advanced paramedic unit.

Following the initial collision, one of the cars then mounted the footpath and collided with the two windows of a local furniture store. The car then bounced back off the glass panels and window frame onto the roadway. The two panels shattered but remained intact.

The occupants of both cars were assessed by paramedics and one person was later taken by ambulance to University Hospital Limerick for further assessment. That person’s injuries are not believed to be serious. 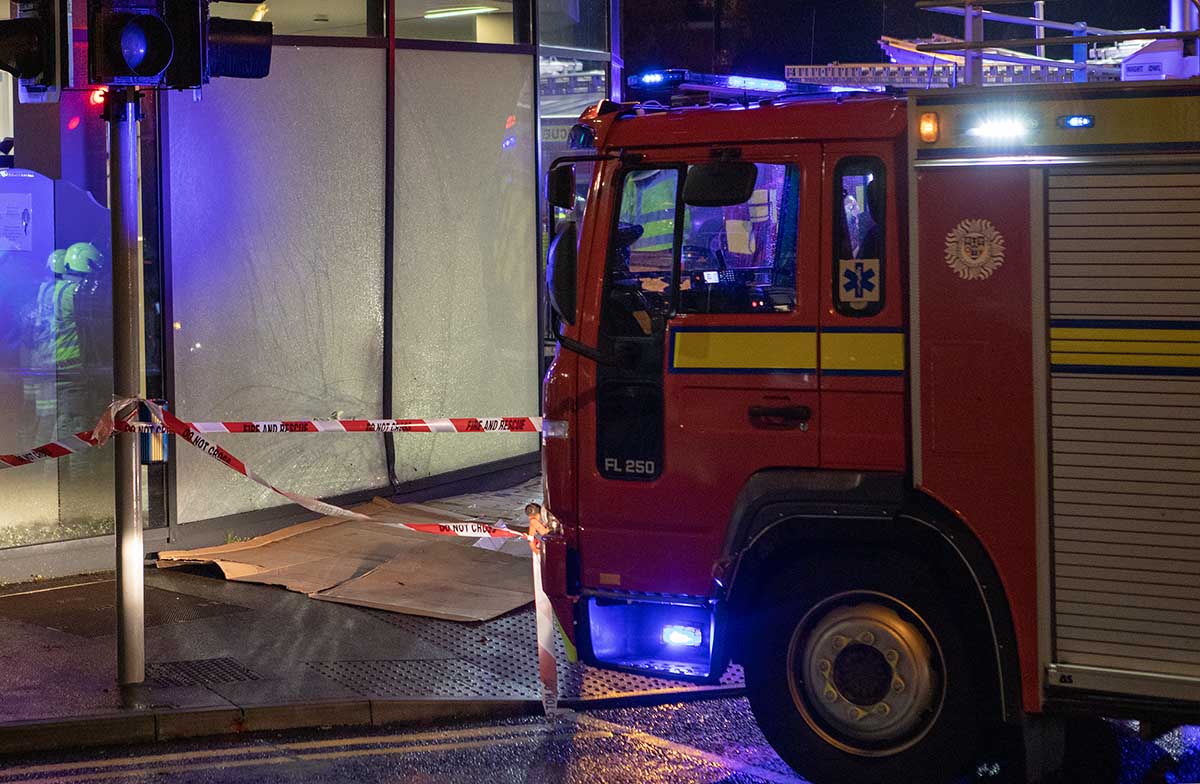