The film will be screened for the first time in Ireland on May 4th at Hotel Doolin, in Doolin (Tickets available here)

A Minnesota woman has produced a film documentary  about her journey to learn about her Irish ancestry and the search for the place and people her immigrant grandmother left behind.

Rita Davern’s (originally Davoren) ‘Burren Girl‘ tells the story of her quest to the Burren in Co Clare. There she finds a clan – and it’s medieval legacy – that were scattered and lost during some of the most difficult centuries in Irish history.

Over the past 40 years, Rita has traveled the Burren, birthplace of her grandmother’s people in Clare. She will most often be found in the kitchen drinking tea with friends and distant relations. The conversation often turns to those who stayed and those who left, as the devastation of colonisation, hunger and emigration took its toll.

Rita knows first hand that, for U.S. people with European heritage, reconnecting to our homeland and our cultural history adds huge richness to our lives. A community engagement artist in her work and in her life, Rita believes the greatest find of genealogy is the living relatives.

Rita worked as a communication and leadership consultant to corporate America for twenty years. When her adopted Korean son became ill, she discovered — and now teaches — Parenting-by-Connection, an approach to parenting that builds deep, strong, healing relationships with children through play. She is an experienced project manager, seminar leader, consultant and coach. She and colleague Jane Powers were awarded a Forecast Public Art research and development grant in 2009 to work with Indigenous artists to find ways to map the history of Dakota people onto the present day landscape of Minneapolis and St. Paul.

The theme of connection through history takes centre stage in Rita’s life. Time at home in her beloved Minnesota also matters deeply to Rita. She can be found dogsledding in the north woods or walking the land her great grandfather farmed with her husband, Bob.

Rita said: “I grew up knowing little about my ancestors’ lives in Ireland. I recall my father searching for distant relatives here in the 1960’s. I wanted to continue the relationships he built with the people who now live on two of those ancestral farms.”

The “Burren Girl” title is a nod to Rita’s grandmother Anne, who at just 19 travelled from her home near Lahinch to America with her sisters. She and her younger sister settled in Minnesota and married two brothers, William and John (also Daverns) who were distant cousins. Two generations later, Anne’s story was forgotten, although a street and a house in St. Paul still carry the family name.

“I wanted to learn more about what happened to my family, particularly Anne, who died a year before I was born. I hoped that by learning something about her life I could understand something important about mine. I especially wanted to understand why she left. What were the forces pushing her away from that farm near Lahinch, where her family lived for several hundred years?,” she said.

In 2015, encouraged by her niece Maria, Rita began the film, despite having no previous filmmaking experience. She said: “I started taking film classes to learn things like how to light and shoot an effective interview. Thankfully I met some talented filmmakers willing to teach me,”

What started off as one film became two, both of which were released during the pandemic; ‘Stories I Didn’t Know,’ which follows the Minnesota strand of her family story, was released in April 2020 and has been shown on PBS – U.S. public television. The second film,  ‘Burren Girl’ was released in September of that year.

In both films, Rita questions what impact emigration/immigration has on descendants and why  it is important to unearth the past. Rita’s own journey attests to the value of learning about homeland and history.

In order to understand the deeper history and events that impacted her family, and to spend time with friends in the Burren, Rita tries to visit every other year. These friends and distant relations generously shared their time and the stories that make this film so enlightening.  Rita was surprised to find out that some of her Clare friends have also lost parts of their history.

She listened to their stories and then did research to understand the historical context. What were those ancestors up against, and why did they make the decision to stay or go? What role did hunger and resistance against unjust rents and abusive landlords play her emigration? 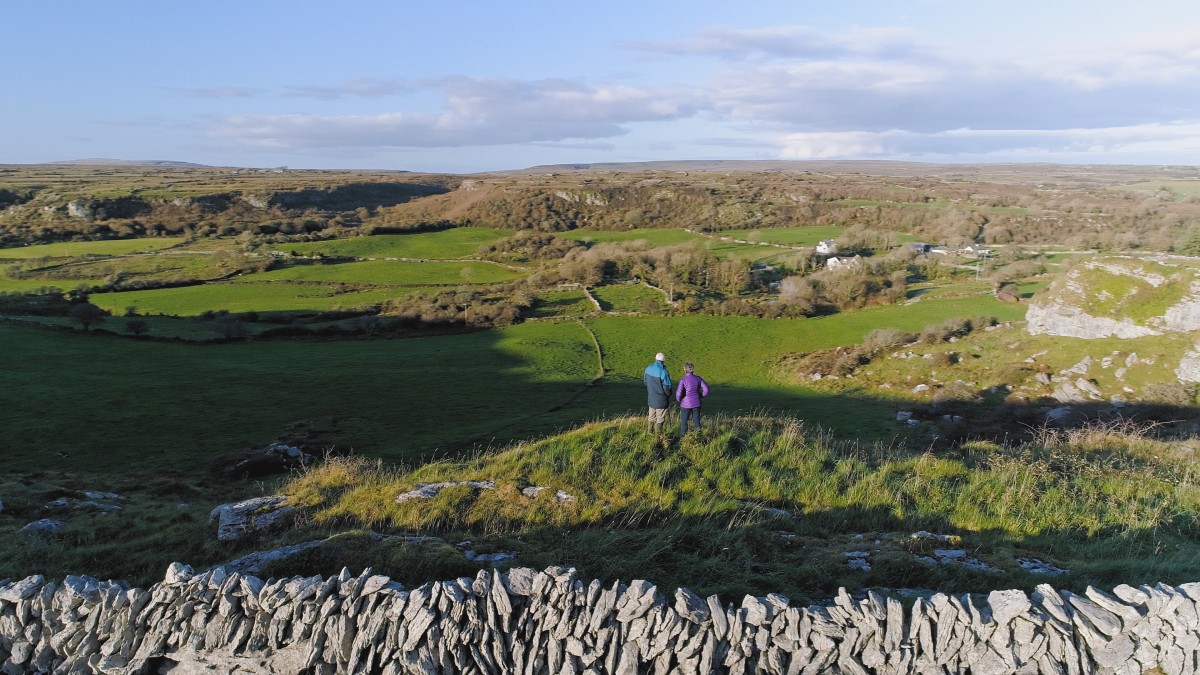 Rita said: “In my teens my dad’s last uncle died and his Lahinch farm was willed to my dad, the closest male relative. Dad signed ownership over to his aunt who was still living on the farm. Through the making of the film I came to understand why land ownership – and passing it on to the next generation – is so crucial for Irish families.”

Her research also led her to the discovery that the O’Davoren’s founded a law school in the Burren in the 1500s and helped preserve Gaelic laws from as far back as the eighth century.

“Thanks to the work of scientists, historians and those doing family research, I know now that the O’Davorens played a small but significant part in the preservation of Gaelic culture by codifying and preserving a collection of Brehon Laws when Gaelic culture was under attack.” Rita said.

She continued: “The search for my own past brought both innumerable gifts and a hard reckoning with history and its traumas.  I came away with new insights about myself and my family. I made new friends and gained a deeper understanding of the culture my grandmother left behind.”“We are now attempting to reconnect the branches of our family that were scattered to the winds over the last 400 years,” she concluded. 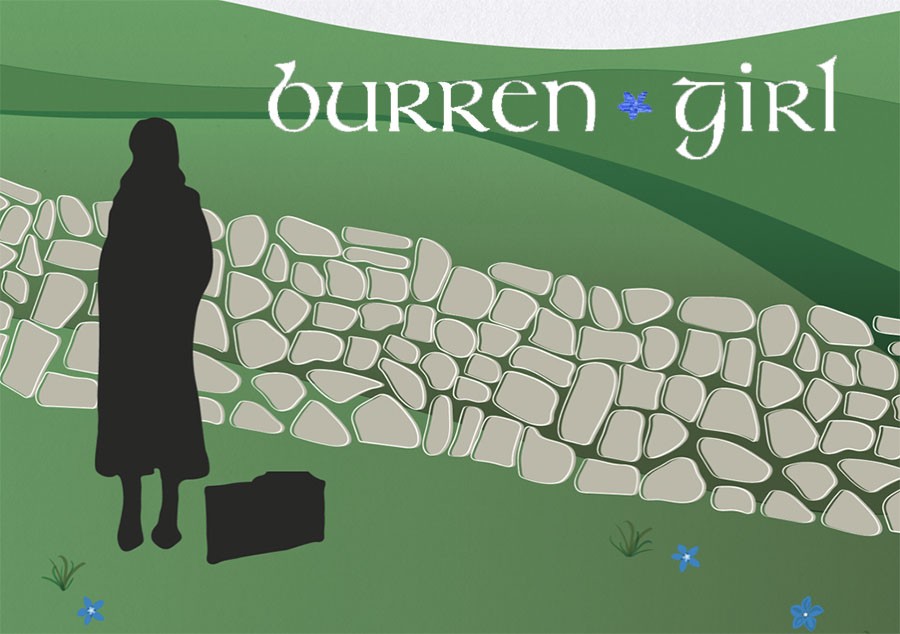 Clare FM will feature a special programme about Rita’s life and the seven-year journey putting her film together.

Atlantic Tales will be broadcast on Sunday, May 8th at 6.04pm.