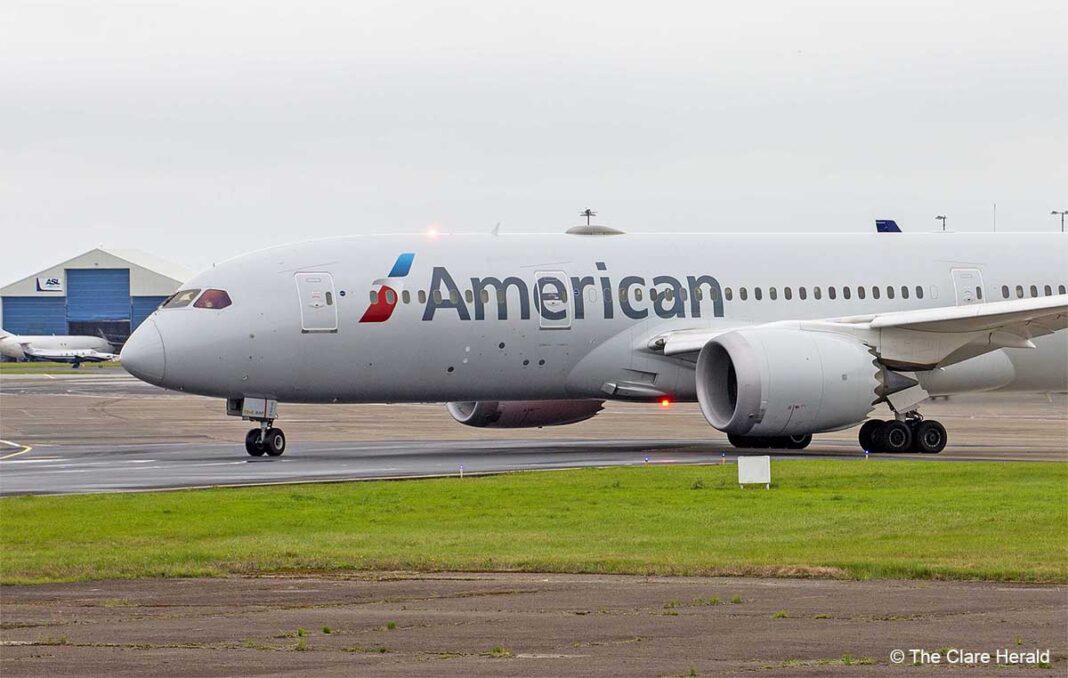 A transatlantic jet diverted to Shannon Airport this evening to seek medical attention for an ill passenger.

American Airlines flight AA-151 left Charles De Gaulle Airport in Paris at around 3.30pm Irish time bound for Chicago in the United States. There were 301 passengers and crew on board.

The Boeing 787-900 Dreamliner jet was about 1,000 kilometres west of Ireland when it turned around. The flight crew contacted air traffic controllers in Ireland to advise them of their emergency and requested clearance to divert to Shannon.

In Shannon, airport authorities were advised of the incoming emergency while the National Ambulance Service was also alerted. Shannon Airport’s Fire and Rescue Service was placed on standby ahead of the jet’s arrival.

The flight’s cabin crew cared for the passenger as the flight rerouted to Shannon. The flight landed safely at 7.10pm and was pursued along the runway by rescue vehicles which also accompanied the jet to the terminal building where paramedics were standing by.

It’s understood that the passenger was removed by ambulance to University Hospital Limerick for treatment. The flight resumed its journey shortly before 9.30pm.

Of the estimated 50 unscheduled landings at Shannon Airport this year, as many as 13 were medical emergencies.