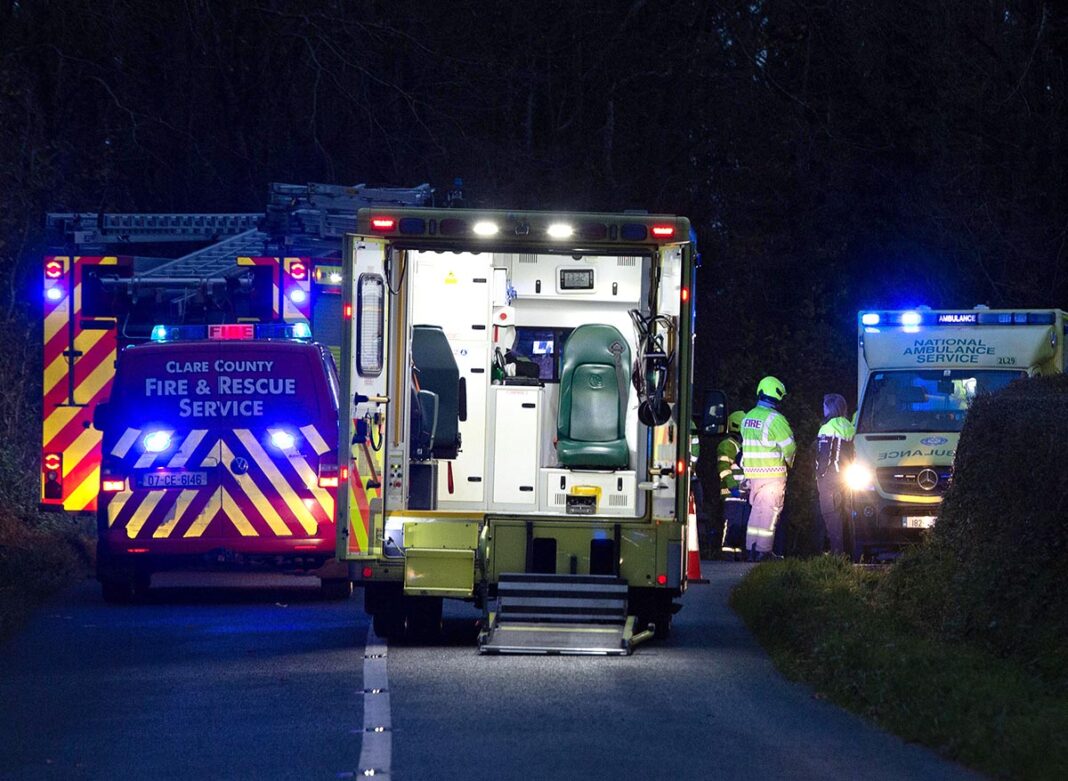 Two people have been taken to hospital following a single vehicle road traffic collision in South Clare this afternoon.

The crash occurred on the R473 Kildysart to Labasheeda road at Cahercon at around 3.40pm. Emergency services were alerted to an incident where a car was reported to have left the road and collided with a tree.

National Ambulance Service paramedics, Gardaí and units of Clare County Fire and Rescue Service from Ennis station responded to the incident. On arrival, fire crews used their appliances to close the road to ensure the safety of everyone at the scene.

Paramedics assessed and treated two men before they were both removed by ambulance to University Hospital Limerick for treatment. It’s understood that neither man suffered serious injuries

The R473 was reopened at around 5.15pm after the car had been removed and the scene declared safe. 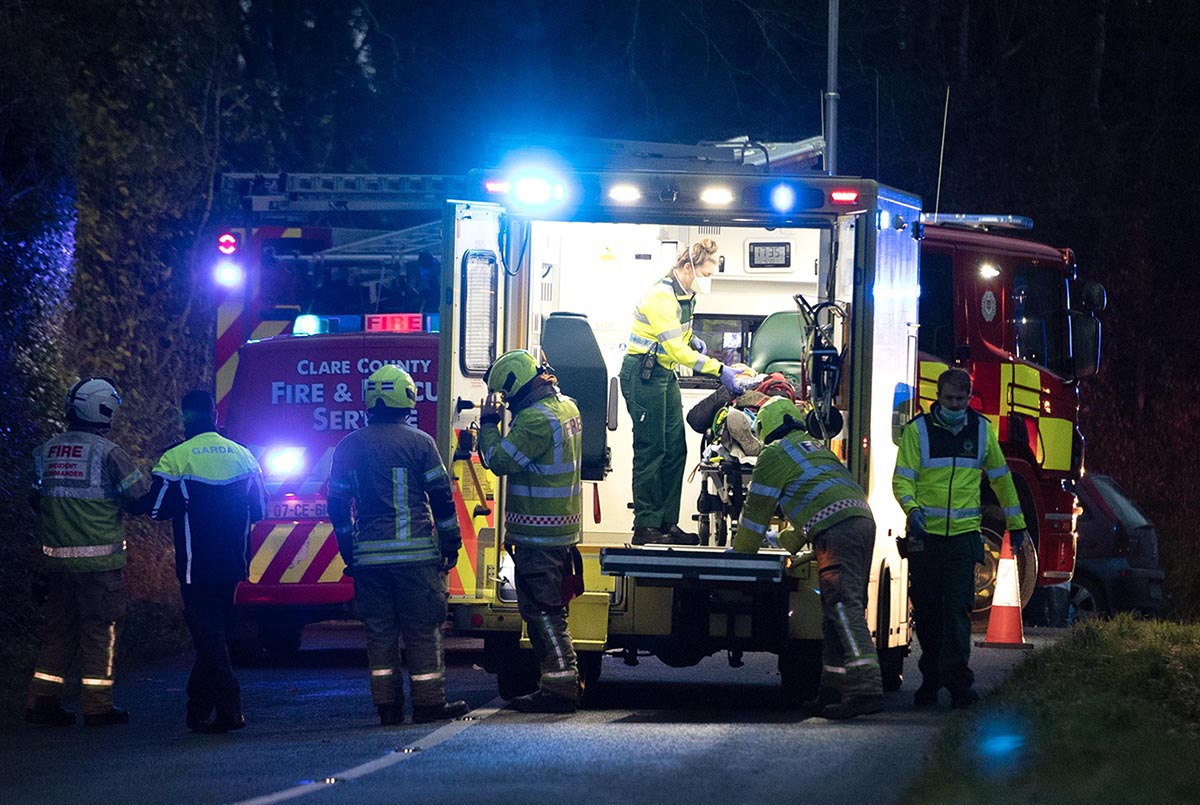